It's A Wonderful Life


This evening, Om, Loretta and I went to the stage version of It's A Wonderful Life. Almost all different actors from the ones who usually are in the plays.

The stage version was written from the movie after it became such a great Christmas hit. I think I like the play better. (It's a musical).

This is "Welcome to Bedford Falls." 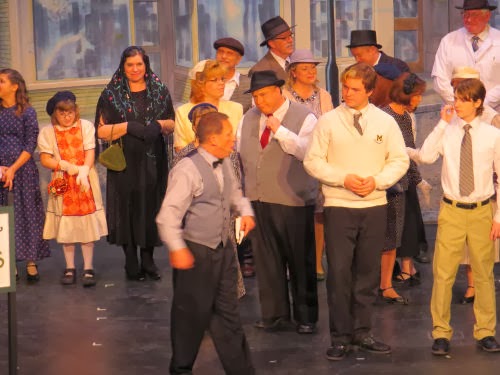 George Baily stops a run on the bank with his honeymoon money. 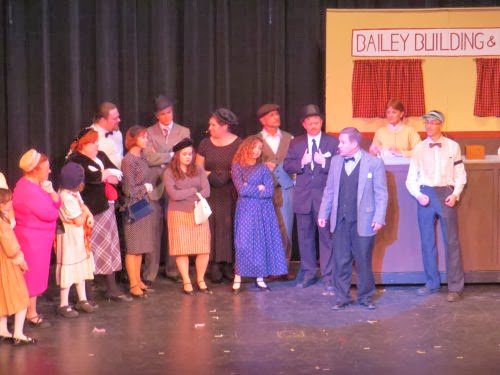 The evil Henry Potter tries to convince George to accept cash and take that trip he's always dreamed of. 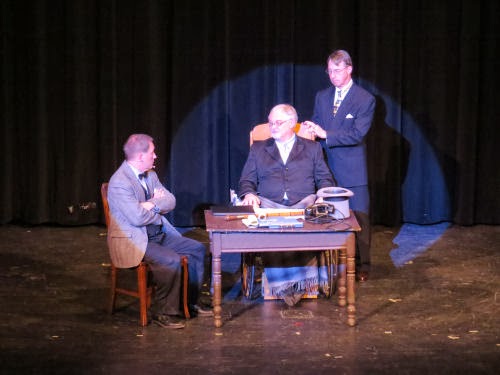 After a crisis at Bailey Building and Loan, George realizes he's worth more dead than alive. 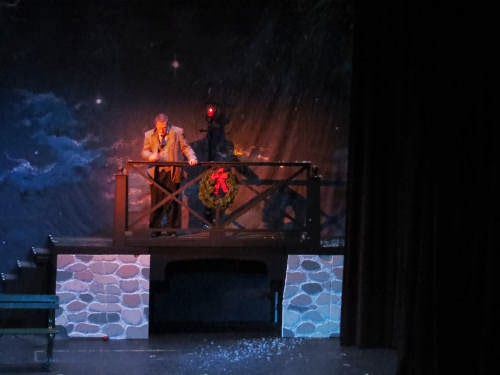 Clara, his Guardian Angel, Second Class, shows him what Bedford Falls would be like if he'd never been born." 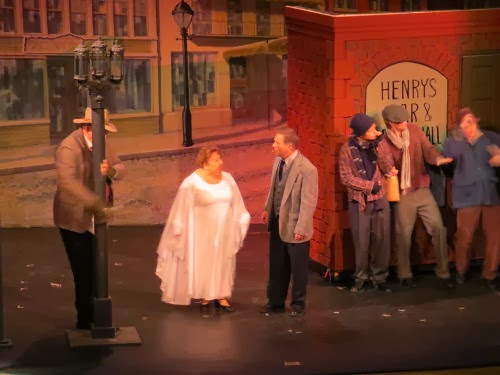 The townspeople, whom he's helped for years come to his financial rescue. 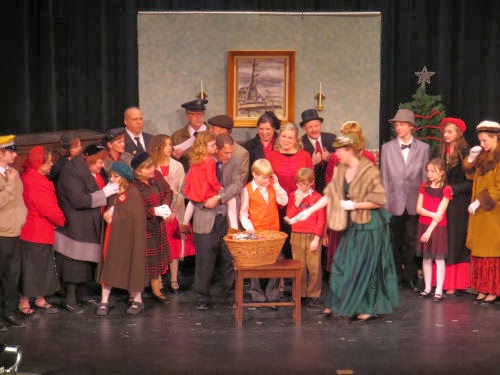 Yes, I gave away the plot line, but is there anyone who doesn't know it?

We had a very fun evening.

I'm sure this is a fun production to see!

I would have loved to have seen this

How nice! I like to see holiday shows at this time of year. It's nice to take 5 minutes out to just RELAX and enjoy the season. So hard to do, yet so important to keep sane.

Youse guys sure do know how to have fun!

It is so nice that your local communities do so many great productions...and that you are such a supporter of the arts.