Monthly Hike and A Little Dab


Today, nine humans (yes I can count, two of them and me aren't in the picture) braved the 15 degree temperatures and took a hike of about five miles. It was great, and we warmed up after a bit. 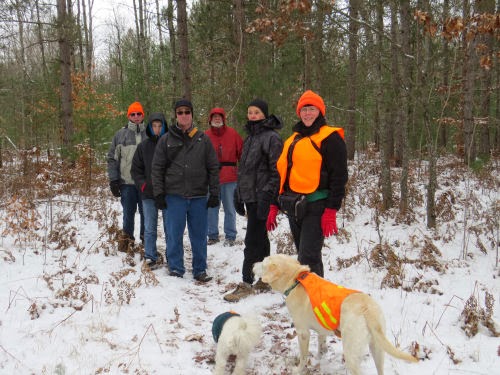 On the way back, I tried to capture some textures and patterns. Not sure I really succeeded, but I did manage to get a little dab of fluffy snow in each one, so that is the theme. First is some bright green moss, toned to pastel by the snow. 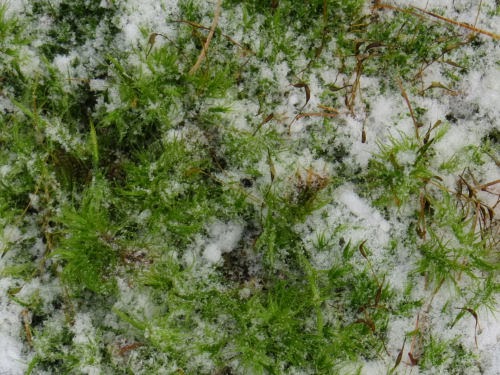 Birch bark is always fascinating with its curls and subtle colors. 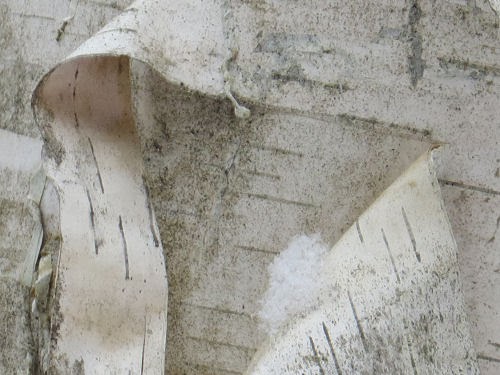 If you want texture in the winter woods look no farther than the lichen growing on any tree. 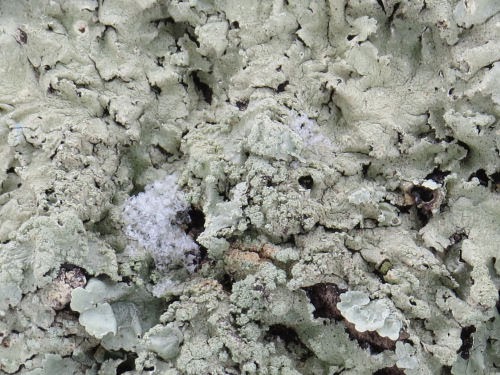 I liked the dead bracken leaves against the snow, but I liked it even better when I zoomed in. 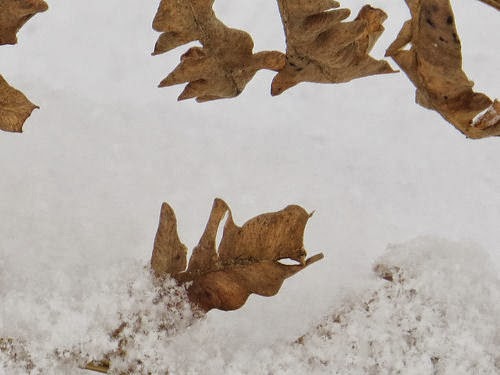 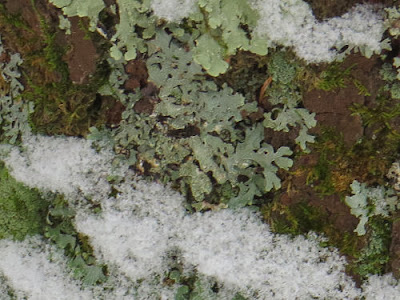 But my favorite picture of the day isn't even a real close-up. It's a dried up birch polypore. (I sometimes call them street light fungus) Look at its hairy nostril! 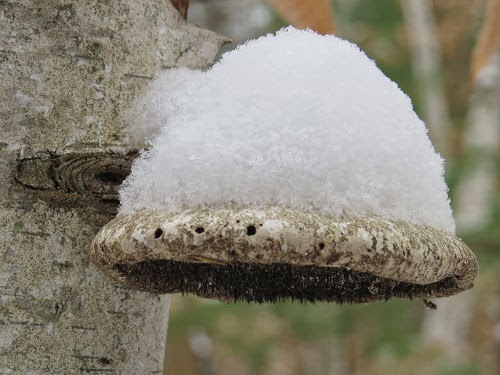 I haven't done anything productive since. Seem to be too tired to sleep, and not coherent enough to do anything. Maybe tomorrow.

Posted by Sharkbytes at 5:04 PM

oh that last one is very cool. Your street light fungus name is very appropriate.
Sounds like it's a good day for you to get a nap or two in

Never seen birch polypore with what looks like hairy (haven't a clue) ?? has the polypore become a victim of a parasite ?? :)

You were quite coherent enough to give us a very nice piece of the woods.

hello sharkbytes its dennis the vizsla dog hay wow i shud add that to the list of things trees ar gud for!!! they are gud at growing patio awnings for smurfs to sit under and be protekted frum the snow!!! ok bye

What a nice hike! I miss winter hiking and weed-walking (I don't really do it much anymore - a knee-thing). Activity in the brisk air is so invigorating.

And as for textures and patterns ~ you captured some fine examples ~ lovely!