Just to give you an idea of the beautiful area we were in while we did all this botanizing, here is a long shot of Cane Creek Canyon. (I stole this shot from Loretta, but I don't think she'll mind.) 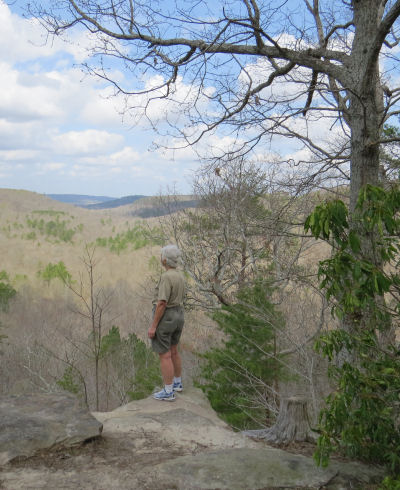 Here are the other two orchids we've seen this week.

I do think it's interesting that the four we've seen are all in separate genera. Two were in bloom and the other two were not. The first one I'm going to show you today only has the leaves, but they are so distinctive that I described them to our botanist guide yesterday (we saw these on Monday), and he immediately identified it. Since it doesn't grow in Michigan, I don't feel stupid that I didn't know it. That said, plants don't really pay attention to borders on maps, so it's possible there might be some at the southern edge of the state, but I've never seen it before.

It's Crane-fly Orchid, Tipularia Discolor. It's the only species of that genus in North America, and is considered rare. I'll probably be able to remember it because Tipula is a genus of crane-fly (I guess the blossoms look something like a crane-fly), and discolor- well, stay tuned for the second picture. The leaves are very distinctive. There is one single leaf that lies close to the ground, but in close proximity to others. These are actually clones. The leaf has heavy veins and it looks as if it had been accordion folded. 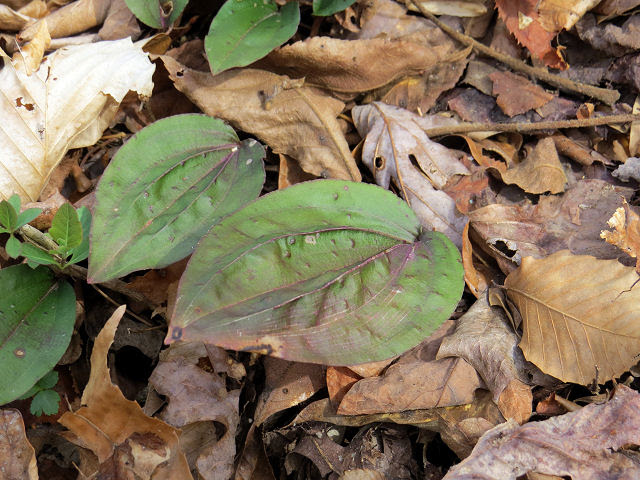 Here's the kicker- when you turn the leaf over, it's bright purple on the underside. Some plants take on a purple cast if they are in strong sunlight, but supposedly this leaf is always purple underneath, so you can use that as one of the distinguishing features. Dis=opposing like DISsonant, DIStrust, etc, so discolor refers to the two-colored leaf. 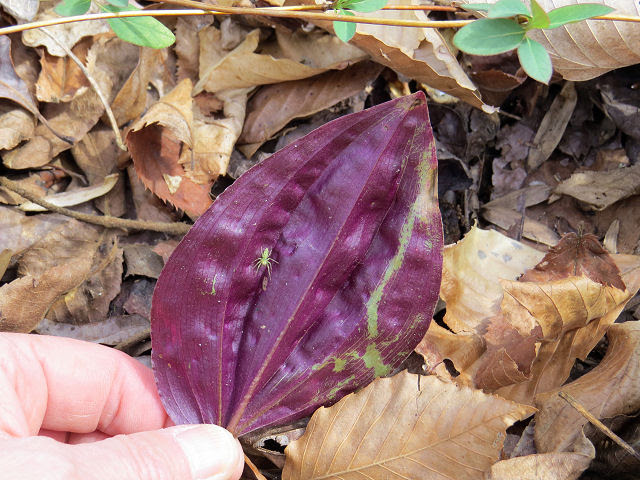 Our other one was in bloom. This is not any more rare than a lot of wild orchids, but it was new to me. It's Spring Coralroot. I've seen a cousin, the Spotted Coralroot, but that one blooms later in the summer. Coralroots have a root system that stores nutrients gleaned from a saprophytic relationship with a fungus. The storage system is crystalline, and forms a network that resembles coral. This one is Corallorhiza wisteriana. 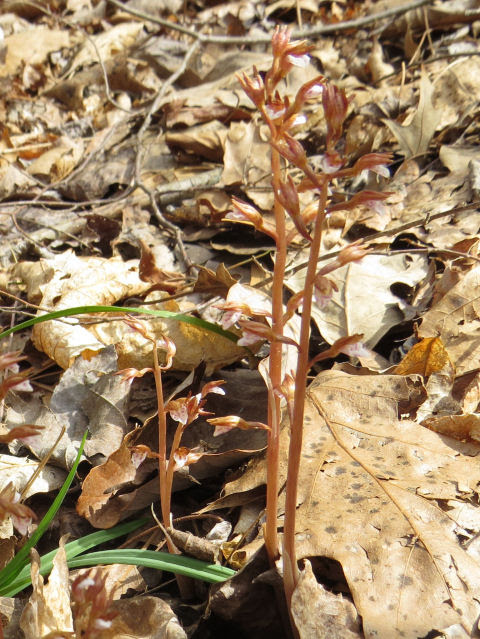 As you can sort of tell, these are nearly invisible against the leaf litter, unless you are looking carefully. But when you look closely, you'll find beautiful spotted flowers. 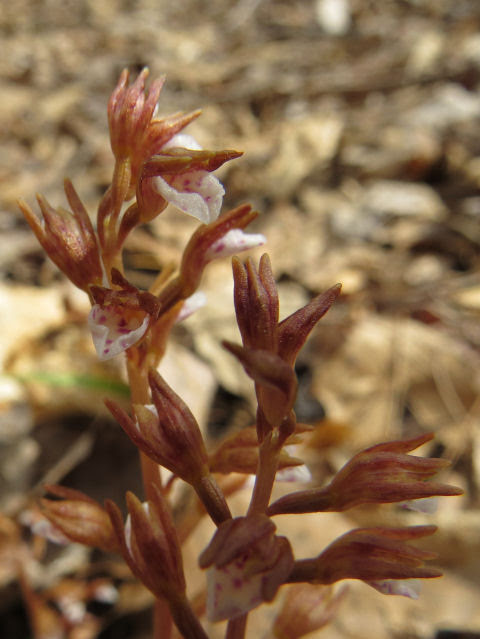 I think of orchids as coming from a tropical climate. We saw some beauties in Ecuador.

first off let me say I'm jealous that you are standing there in shorts and a short sleeve shirt. It's still a bit cold here for that.
Interesting leaves on that first one, I like the color. That last one has a pretty little flower on it

My goodness, you must have a microscopic eye to spot these lovely orchids in bloom.