We did a whole lot of things today. I'm saving a bunch of the people stuff to do all at once, so I'll show you a couple of regal critters.

The University of Northern Alabama is in Florence, and their team symbol is the lion. 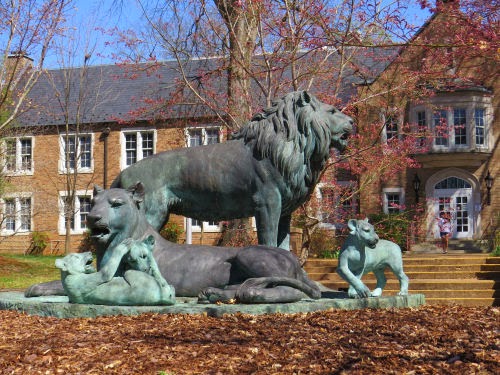 What, you want the real thing? Oh, OK. 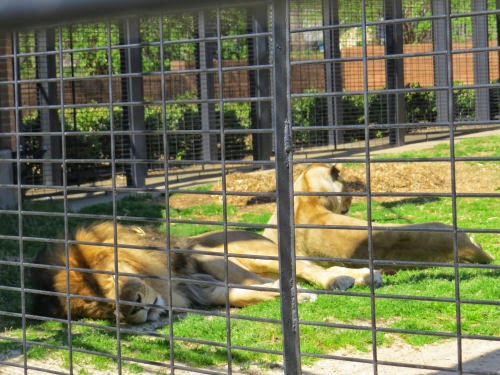 This is Leo III and Una, brother and sister who live on campus. I could only get a good picture of both of them through the barred section, but trust me, their habitat is very nice. The weather was really warm and they were more interested in sleeping than giving us a good show. I was pretty impressed with Una's paw. 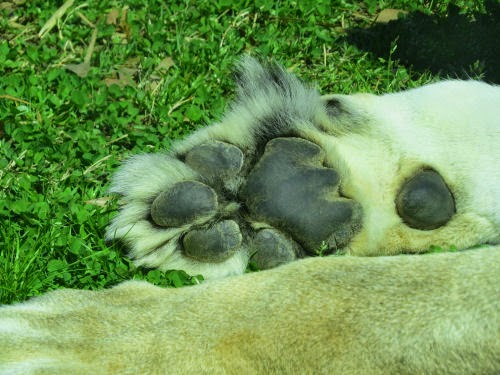 Later in the afternoon we went to find an eagle nest that Loretta knew was at a local park. We had no idea if it would be in use. It certainly was. Dad was on watch duty while Mom was off looking for dinner. 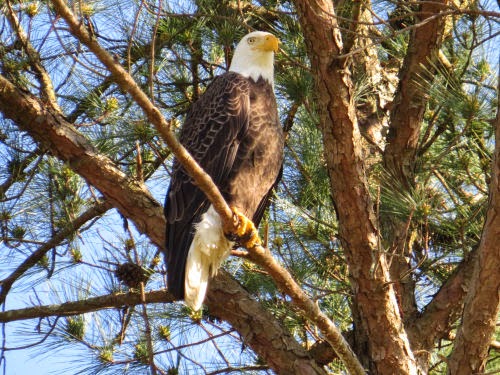 We only know this because there were a number of people there with cameras set up, waiting for the daily feeding schedule. They said the birds were quite regular. But Mom didn't show up before we had to leave. However, I did catch one of the little ones waiting for her. 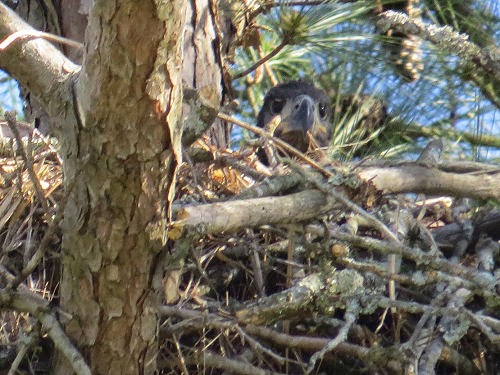 That is one big paw.
Beautiful shot of the eagle

Is there such a thing as having too much fun?

Love that shot of Daddy Eagle. Okay, all of them are very good.

There's an Eagles next across the river here, I saw the Eagle twice last weekend, but not since. I wonder if he moved on?