Hosts and Hostesses, Planned and Impromptu


I am safely home and have had such a wonderful week. I feel like Loretta saved my life by taking me somewhere with green things!

Hey, the people were great too. I have a lot of people pictures, and you won't know most of these folks, but I think you can get an idea of the fun we were having.

However, you just might know our host from last night. We wanted to include the hostess in the picture, but she was sleeping when we left. David (Vanilla) and JoAnn Lacy took us in on 30 minutes notice after we were released from the clutches of the amazing traffic jam. If you don't know Vanilla, check out the varied offerings from his rich mind at String Too Short to Tie. It was so much fun to see them again! 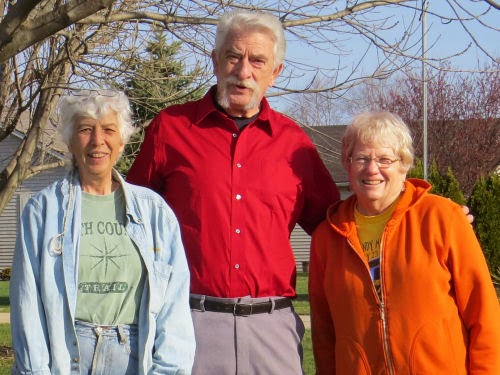 We spent most of the week staying with Paul and Mary McCrite. They are SO nice to us every time we go to Alabama, and I never seem to manage to get a good picture of them together. I snapped this one at Rosie's Mexican Restaurant where a group of us went to eat on Friday night. They let us come and go and pretty much use their house as our own. 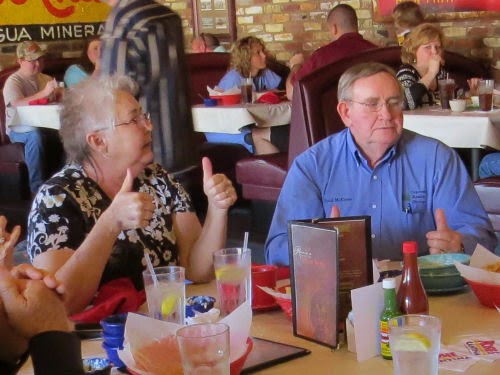 We also went to Randy and Annette's for one night for a "pajama party." Here's the proof. 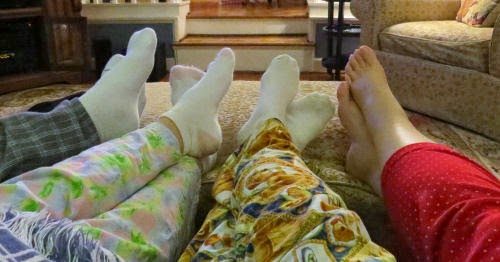 Randy cooked a wonderful dinner of rolled pork chops, southern green beans, rolls, and homemade pound cake. Then we switched to the pajamas and played Mexican Dominoes until who knows when. Maybe not as late as last fall. I never looked at the clock. Then Randy got up and made us a yummy breakfast. You can be sure we were not starving on this trip! 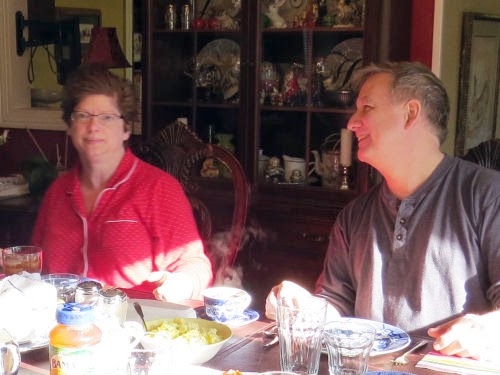 There were some other people we did things with, so I'll have one more people picture day. I'm telling you, this trip was so much fun, I feel like I've had a wonderful early birthday present.

How FUN!! That sure was nice of David on short notice. You and Loretta are always welcome here too, Sharkey!

It certainly was a week full of activities that we each love to do. Love how you can just call on blogger friends when you need a place to stay! I think you should just keep celebrating your birthday right up through the 24th...last week was a good start on the celebration.....

Your visit here was our pleasure, albeit too short. Glad you made it home safely.

Love that shot of you gals with our friend, David (aka Vanilla). As you know, the latch string here is always out for you.

How nice of David to take you in. Sounds like a wonderful trip, glad you had a great time

Hi there, sounds like you have some really good friends. I'm just stopping by to say how delightful your blog is. Thanks so much for sharing. I have recently found your blog and am now following you, and will visit often. Please stop by my blog and perhaps you would like to follow me also. Have a wonderful day. Hugs, Chris
http://chelencarter-retiredandlovingit.blogspot.ca/

What a special journey, with equally special friends.

When I first went to India, I was so welcomed by several blogging friends I'd made via the internet. A whole group of us met for lunch in Mumbai, I went to the wedding reception of another in Jaipur, then spent five days at the home of Cranium Bolts and his family in Bangalore. Warm hospitality from everyone.