Today was the monthly outing of the Spirit of the Woods Chapter of the NCTA. It was supposed to be a hike to showcase ferns, but I knew after my scouting expedition a week ago that wouldn't be true.

The only fern we saw trying to even produce fiddleheads yet was this cinnamon fern, and you can hardly recognize it as anything at all. I just happen to know it from the location. 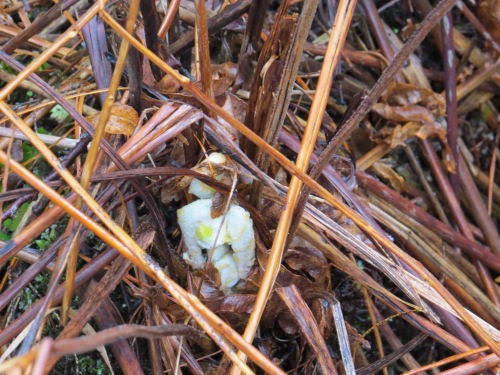 With a lot more visual interest, I can give you bloodroot. It was everywhere! This is interesting to me because I'd never realized it even grew along this piece of trail. It blooms and the leaves disappear so quickly, I'd never seen it there before. 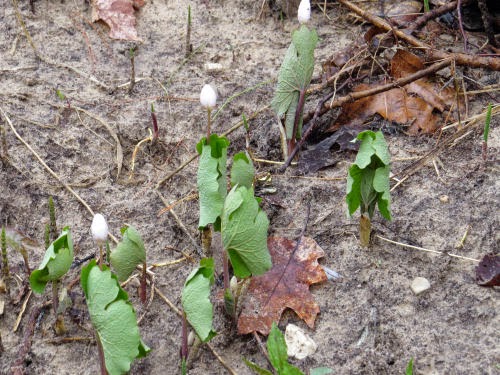 The horsetails (Equisetum) are just beginning to show. I think this is woodland horsetail, but I'm not certain, because I'm guessing based on the looks of the sheaths (those ranks of dark points around the stems), and I don't know enough about them yet, to be sure. It might be meadow horsetail. Hope I can find this same location later in the season, to be sure. Nevertheless, it's very pretty- like a tiny sculpture. 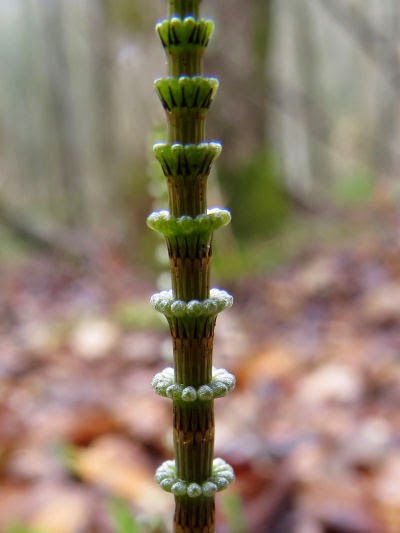 It rained all night and was a dreary morning. I wasn't sure if anyone would show up for the hike. But I was the leader, and needed to be there. I had decided that even if I was alone, I'd at least do a fast loop to check out how the plants were progressing. This is the same loop I did last weekend. But, one other person came! The weather cleared, and there were even a couple of moments of sunshine. It was great! 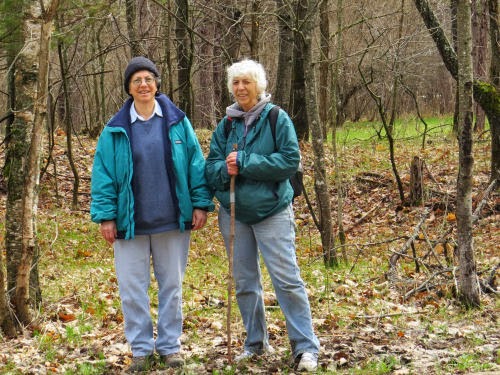 May have tightened up my ID skills on another fern, as well.

The Horsetail photo has me intrigued, yours look neater and prettier than ours.

There are so many different and interesting plants around.

hello sharkbytes its dennis the vizsla dog hay mmmm cinnamon fern??? i wunder if they also hav a bacon fern that wood be sweet!!! wel not sweet eksaktly but yoo no wot i meen!!! ha ha ok bye

That horsetail is very interesting. Love the looks of it