Found a whole lot more of them the other day, down closer where I could get a good look and sort out which branches went with which things. It's generally a scrubby little shrub of a tree. 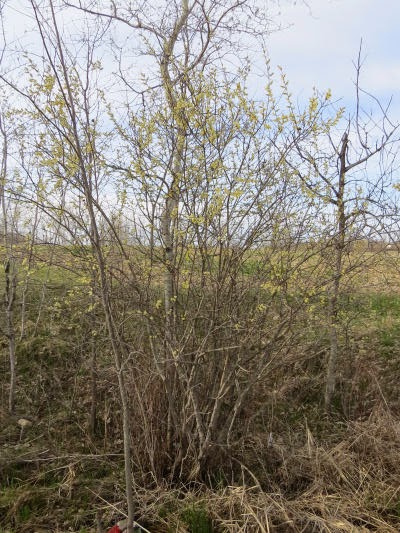 Here are the fluffy things, closer. They are clearly catkins, as in male flowers. 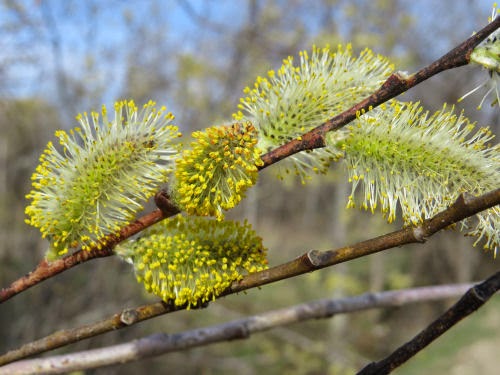 Very pretty! Next, I found a definitive piece of information. Clearly is is a willow. You can see the "pussy" on the same branch. 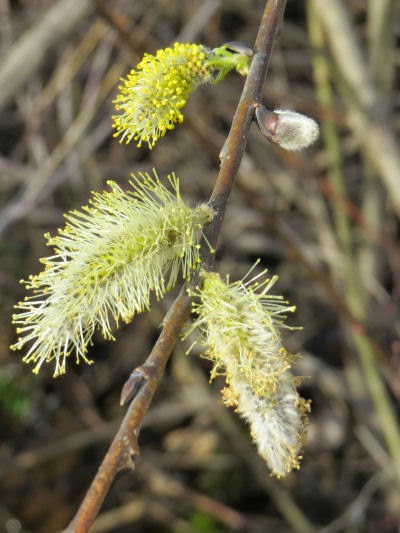 And here are some of the pussies that are beginning to grow into the fluff ball caterpillars. 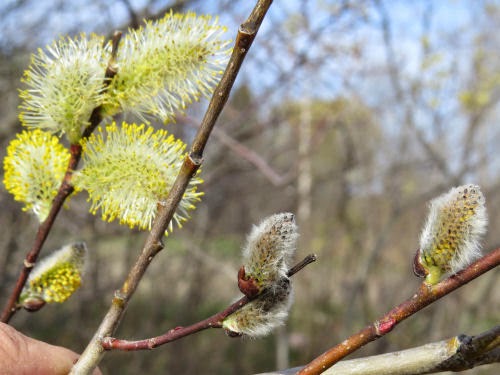 So, I went hunting in my "Shrubs of Michigan" book. I don't recall pussy willows turning into these monster caterpillars when I was a kid. And, AHA, they probably didn't. I think this is Salix glaucophylloides var. glaucophylla, which is somewhat particular to Michigan, or at least coastal areas. It likes sandy soil around the Great Lakes. Common name Broadleaf Willow. I'll have to go back when the leaves come out. I'm not certain enough of this yet to declare it a done deal.

And in another effort to throw the identification off, many of the twigs sport galls, which on the tree I saw at distance seemed like alder cones. Close-up, I knew exactly what it was. 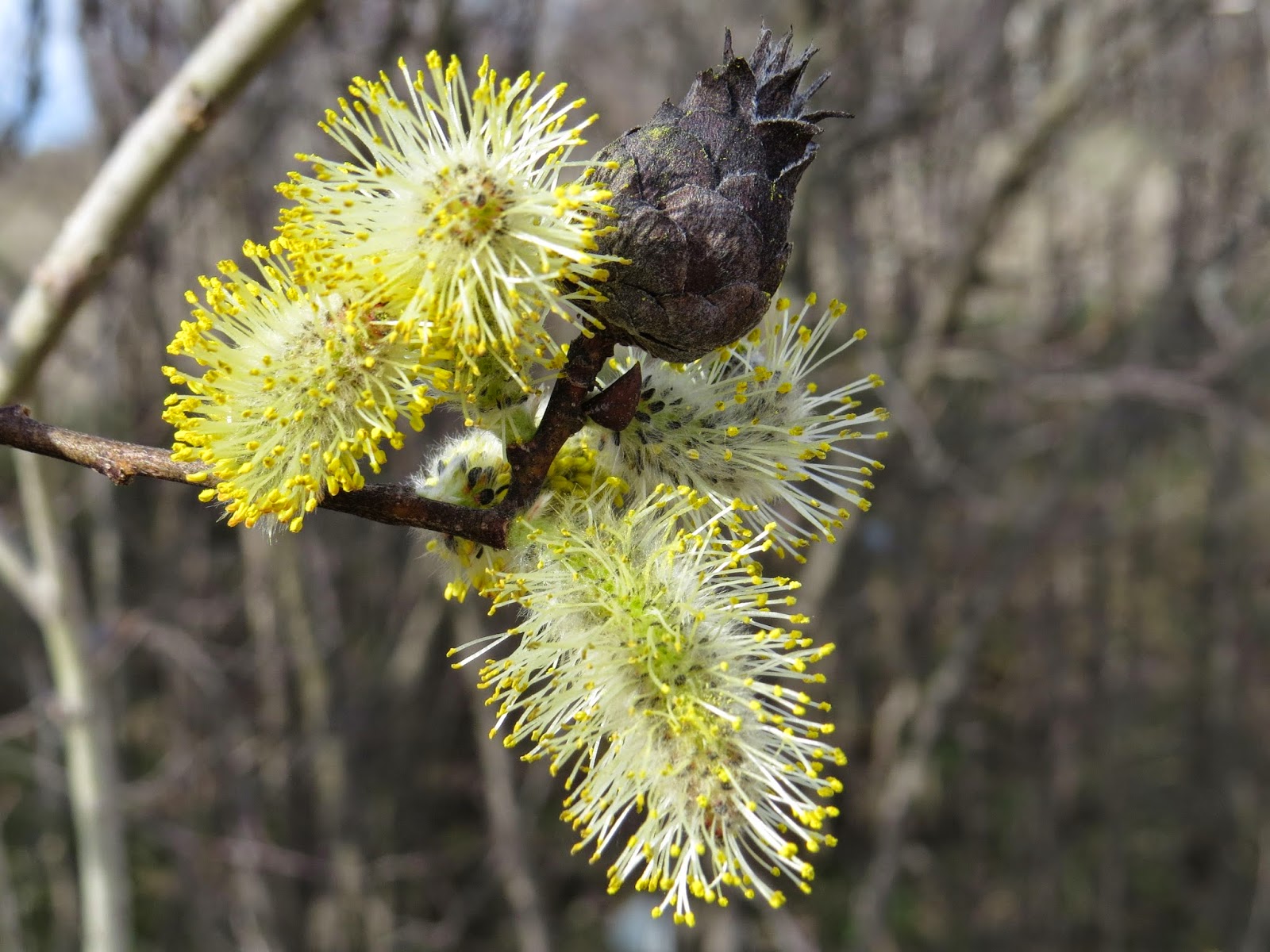 I had to do a little sleuthing to learn who causes it. It's called a willow cone gall, and is caused by a midge (Rhabdophaga strobiloides). They lay eggs in the terminal bud, which grows this gall creating a nice home for the new midges to grow until the next spring.

Of course, willows hybridize like crazy, but I think I'm on the right track.

Wow. You are The Sleuth!

You're a regular Sherlock Holmes when it comes to figuring out these mysteries.