Happy Birthdays to Us


Loretta, Om and I have conveniently arranged our birthdays to be within one month of each other. So we celebrated them all together today. I am now officially old, to join the others. 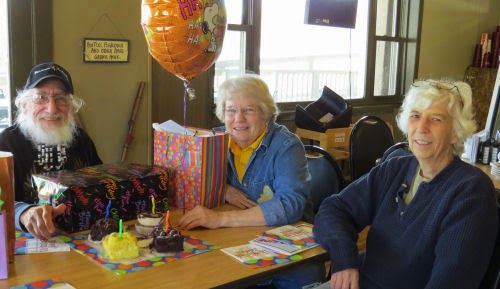 What good is a party without cake and candles? (Younger brother Jim was invited, but he was out of town- thus four cakes) 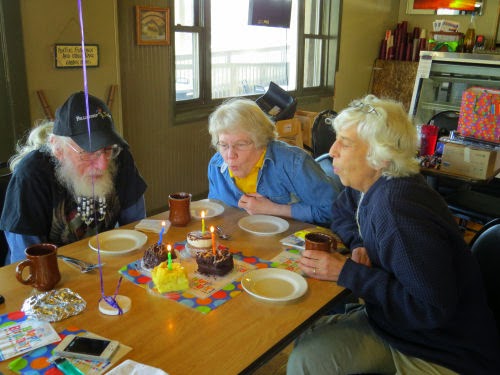 Here's a fun tidbit for fellow bloggers. I couldn't brag about this until we had the party. A couple of months ago, Abby Goat, on The Maaaa of Pricilla, announced the winner of a name-the-new-soap contest. The name Clara was chosen for a cute little cow. And I submitted that name. The publicist liked it, and the prize was nice soaps to pass along to Loretta, with Pricilla's and Abby's pictures on the labels. The frog soap is named Lin. The bar is probably named Barry (I'm not sure about that one.) They all smell wonderful, and Loretta loves them. Thank you publicist Patty, and Abby, and Pricilla. (You can get some of your own at Happy Goat Soap 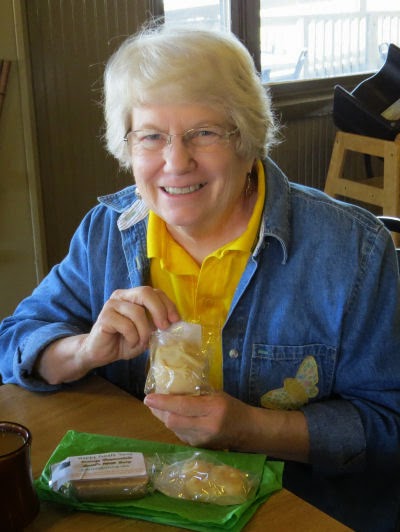 We went to Loretta's afterwards and played games for a while.

P.S.in small print. No hike planning has been happening. The Shark had a difficult week that ended in the emergency room on Friday, where she was poked and prodded and X-rayed, and proclaimed healthy as a small horse, but suffering from a serious intestinal infection. Hefty antibiotics have her feeling better already, and it looks like hiking will proceed, but the week has not been fun.

Happy Birthday to all of you. How appropriate that the frog soap was named Lin, frogs always make me think of her.
Sorry to hear about the rough week. Speedy recovery to you.
Oh and Happy Mother's Day :)

Congratulations on the achievement of a significant number, or, happy birthday.

Also, commiserations on your hosting of the collywobbles; or, be well!

Happy birthday to all three of you!