The first turtle of the year was nearly a disaster. I realized too late that the dark spot in the road was a turtle, so I straddled it. Then I stopped and went back (this was Saturday).

It was a Blanding's Turtle! That was my first turtle sighting of last year too, but in a much different place. The frequency with which I see this species continues to amaze me. They are considered "of special concern" in Michigan, although the Great Lakes is their primary area. In many states they are actually endangered. 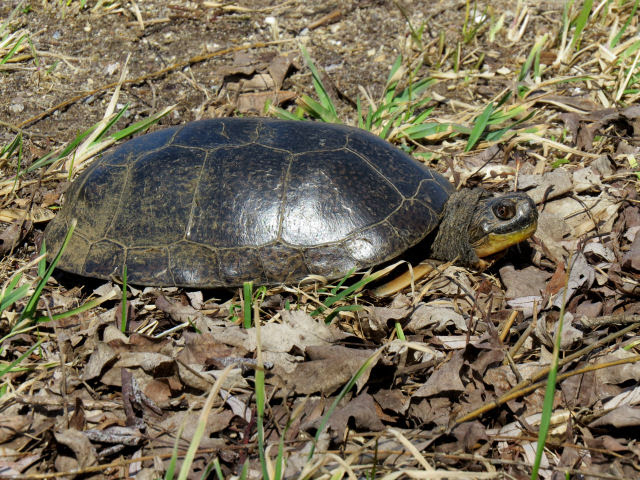 The only other Blanding's turtle's I've held were captive ones for educational purposes. They usually keep themselves well surrounded by water. But apparently they will roam when looking for nest sites.

You can just barely see the spotting on the shell, especially on the front right where there's less mud. 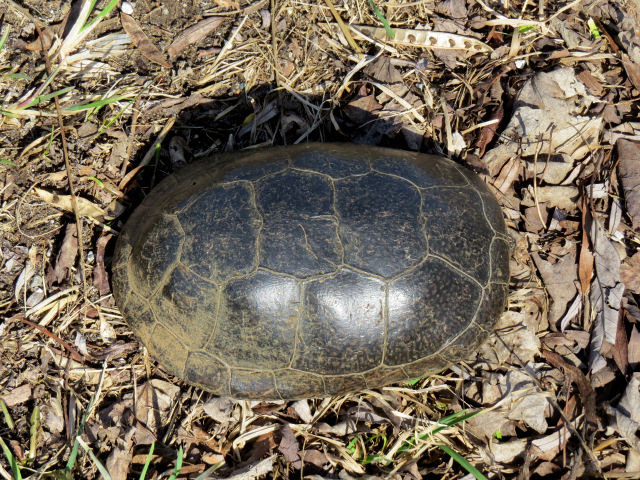 And the plastron pattern is typical. 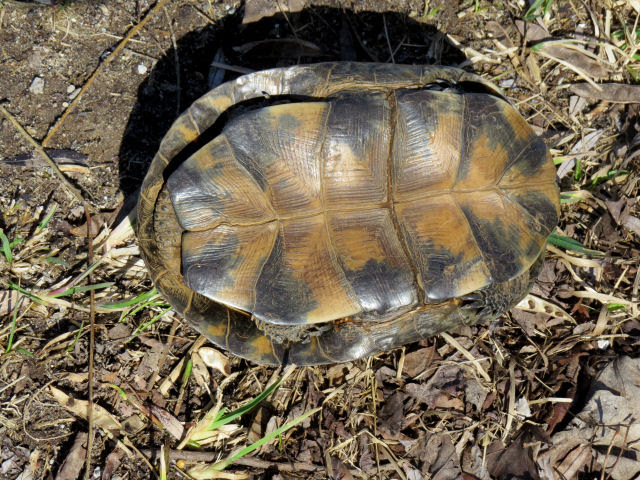 Anyway, I try to move turtles to the side of the road in which they were headed before they get smashed. It was especially gratifying that it was something more rare than a painted turtle. There are some drivers who seem to go out of their way to run over them. I hope this one lives to lay its eggs.

She was pretty big; about eight inches long.

On Sunday, I saw some painted turtles sunning. They slipped off their logs before I could snap their pictures.

Nice to see a Blandings! They're pretty rare here.

hello sharkbytes its dennis the vizsla dog hay hooray for nice hyoomans like yoo wot wood help a turtel off the rode!!! and boo and barks for meen hyoomans wot wood run over them on purpuss!!! ok bye