I had to scan some pictures today, so I thought I'd add one more little piece to some family history. You might recall that a year ago I ran across a picture of Benjamin Smith Fisher when he was young. I believe him to be 13 or 14 in this picture, taken about 1897, just before he ran away. He was my grandmother's brother. She was oldest, Ben was next, then Lew and Charley. 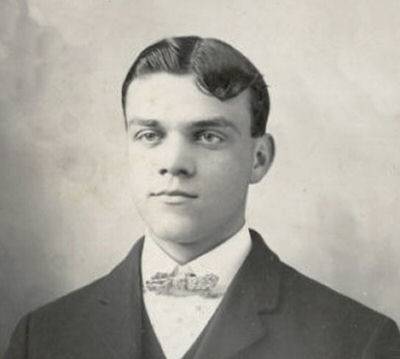 So from 1897 on, no one knew what had happened to Ben. His parents died, and both of his brothers died. Only Emily, my grandmother, was left.

In 1955, out of the blue, we received three photographs and some gifts from Ben. He had settled in Montana, working at the Anaconda Copper Company mines. I have no idea what his actual job was. 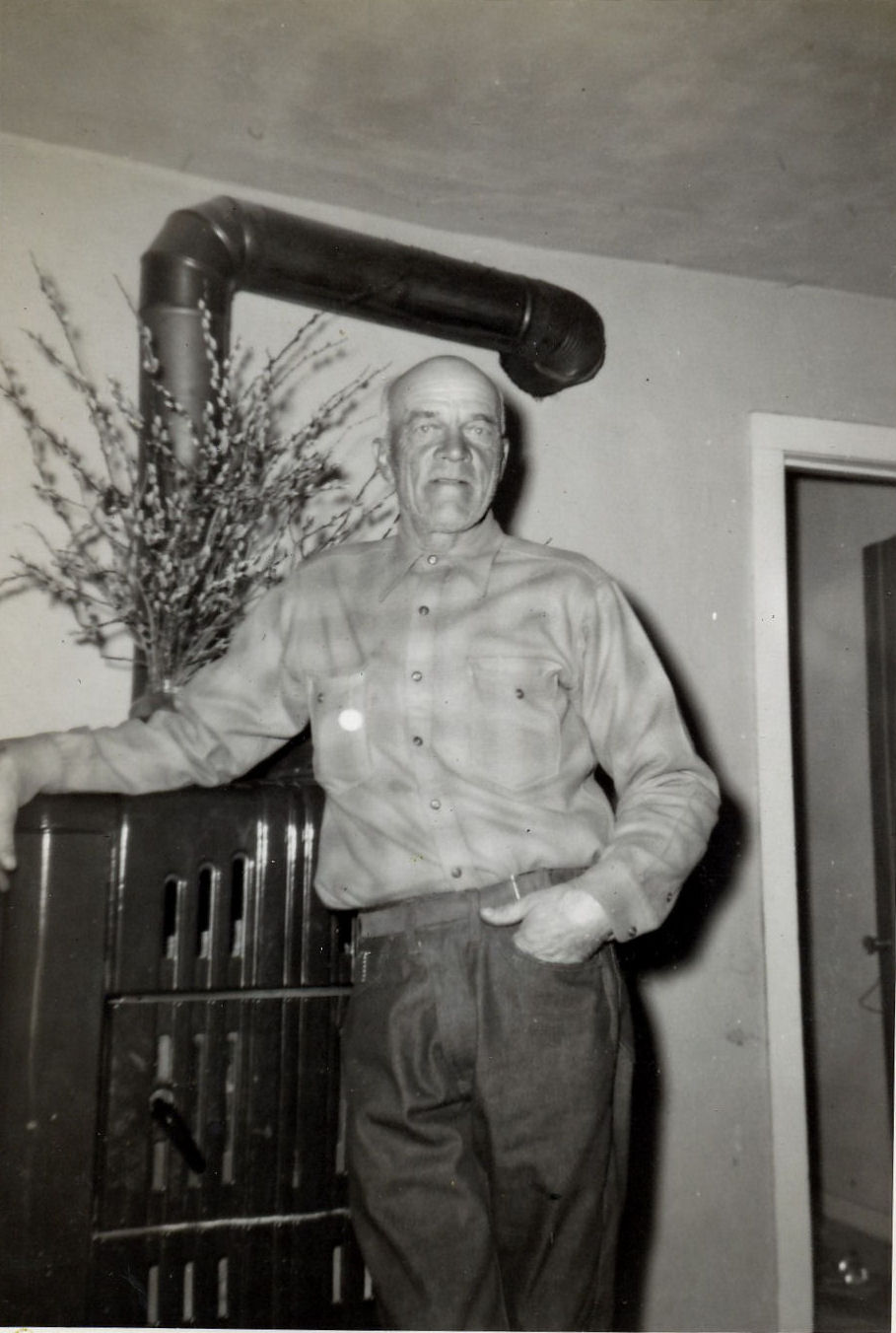 His wife, Clara, wrote this on the back of the picture of Ben on Snowball. You can see the Anaconda smokestacks behind them.

Dear Emily,
Here is a picture of Ben on the Snowball. She is pure white. But was a little dirty when the picture was taken making her look gray. Hope you have a good time on your vacation. We are very busy now but won't be when we get back in the valley.
Ben & Clara 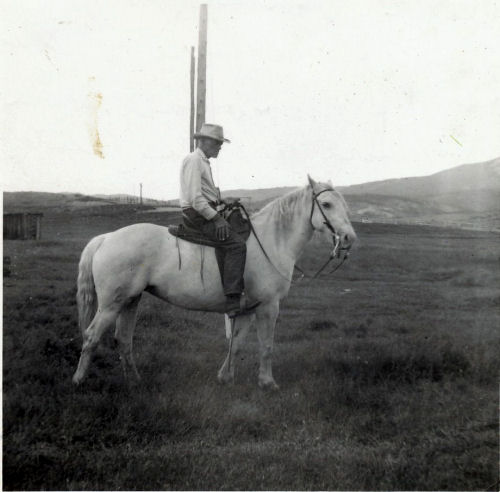 He sent one more picture of himself with three children identified only as Clara's nieces. The front one looks like a boy to me. I don't think Ben had any children, but I'm not positive. 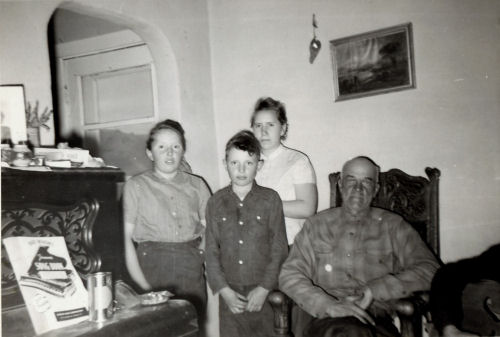 Oddly enough, yesterday was his birthday. He would have turned 136. I did not know that until just now. He died the year before Granny, so she, the oldest of the siblings, lived the longest. Ben is buried in Idaho. All the rest of the family is in Spencer, New York. I believe he wrote to Granny a few more times. We knew he retired to Idaho. I know I wrote a couple of childish letters, but never got any back.

Here's the gift he sent me. He also sent salt and pepper shakers, and earrings for Mom and Granny, all made from copper. We never had any idea how he found out where Emily was, or how he know she had a living daughter and granddaughter. 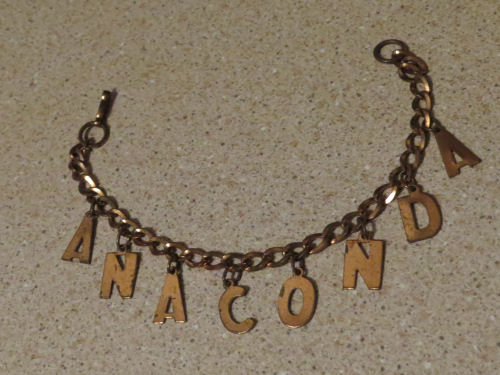 In other news: It was a wacky day. I couldn't sleep last night. Finally thought it must be close to when I needed to get up and clear the driveway. Nope, it was 2 am. Lay down again, and at 3:30 gave up and went out to run the snowblower. When I came in at 4:30 I still was wide awake, so I watched a Perry Mason episode, and finally fell asleep. Naturally, then I slept the morning away. I did manage to do a little editing and formatting and housecleaning this afternoon.

Posted by Sharkbytes at 7:21 PM

I can't imagine going 58 years and not knowing where my son/brother was or what had happened to him. It's nice to know where he finally ended up.

An interesting story about Ben. Fortunately, you heard from him again.
It is written of one of my ancestors after the war of 1812, "He moved to [west] New York and was not heard from again.

A great bit of family lore! Maybe someday you'll learn more about it.