Fox and Gator and Squirrel

Nifty fox in the woods yesterday that held still for me nicely. I think it's sleeping. I actually like this a lot. 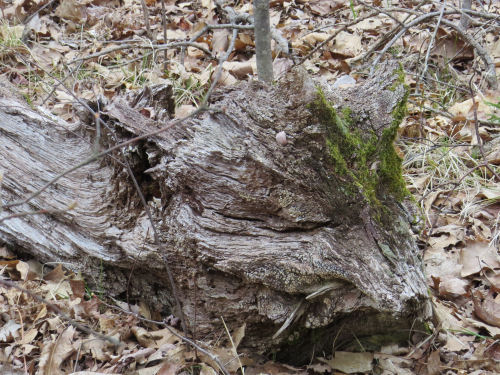 The aligator is probably out of its range, but there is a real aligator refuge in Michigan. I guess those abandoned pet have to live somewhere. 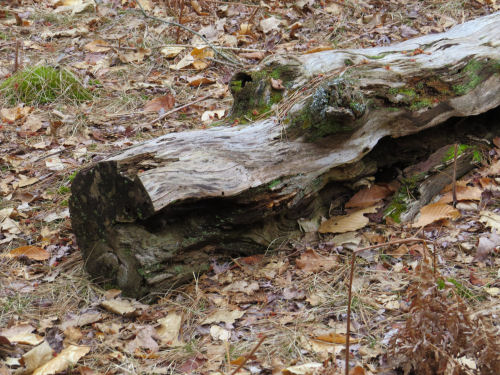 And now for a real wildlife sighting. This is from Tuesday. Not one of the albino squirrels from April 5, this one lives about 6 miles farther north. Since albinism is a recessive trait, once it gets established in an area there will be a significant number of white animals that appear in the population. This is true in the Hamlin area of Mason County. I have to say that not only did this one pose very nicely for me, the camera cooperated and focused on the correct thing. It's interesting that these animals seem to do all right. The bright coloring makes them more susceptible to becoming prey for hawks, maybe bobcats, etc. But we always seem to have a few of them around. 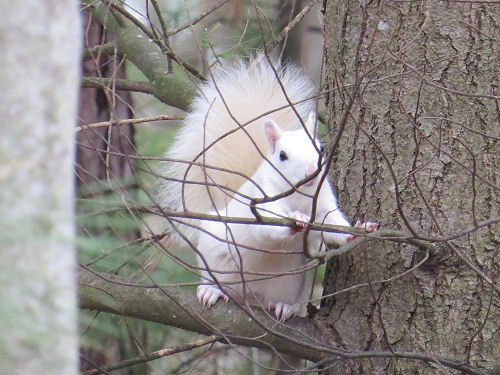 In other news: I stayed home and edited all day. Fried brain. Ok, I also ordered new underwear. Isn't that exciting?

Wow, great sightings. I can see the fox right off but I'm not sure if I would have noticed it had I seen it out in the woods.

Ann- I walked up on it at the correct angle

Stew- They are quite stunning.