Not a Puzzle Day

I did not put a single piece in a puzzle today, but I've done 3 since I last showed you one, so here's the puzzle saga. After the puzzle that was a maze, I decided I needed something easy, so I did a 300-piece one I own that is really cute. I guess I've never taken its picture to show you... well, I'm sure I'll do it again. It's what I call a "comfort puzzle." That means it has a reasonable number of pieces (say 300-500), is a picture I like, and it goes together fast. I did it in 3 hours.

After that, I decided I was ready for a harder one. However, I think I was not prepared for the one I did. I'm thinking this is maybe the second hardest puzzle I've ever done. The picture on the box was very cute, but in actual fact, the colors were muddy and the effect was a lot like dappled light in the woods. The pieces all had 2 innies and 2 outies, and you often had to turn them over and squint at the cracks to decide if those two pieces did, in fact, go together. It's called "Pooch on a Ladder." I was disappointed that the picture wasn't as cute as I expected. Also, instead of putting 10 pieces in my puzzle as a reward, it began to feel like putting in 3 pieces as a punishment. But I was determined to finish. 1000 pieces... the last 150 were torture. Anyway... I got it done maybe a week ago. 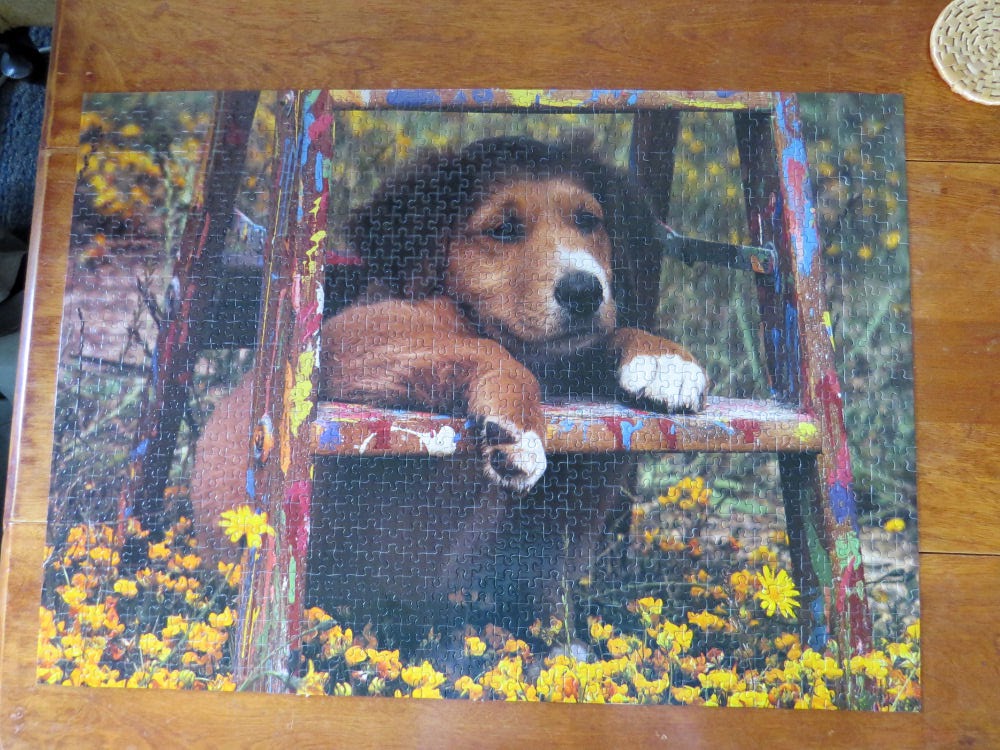 So, I needed another comfort puzzle, but remember, I lost my whole collection a long time ago. So, Cathy loaned me this one, with 500 pieces. I like the picture. It's called "Sewing Box." Indeed, this one was a lot of fun and super easy. I spent two days on it because I only let myself work on it as a reward for doing other things. Finished it earlier this week. 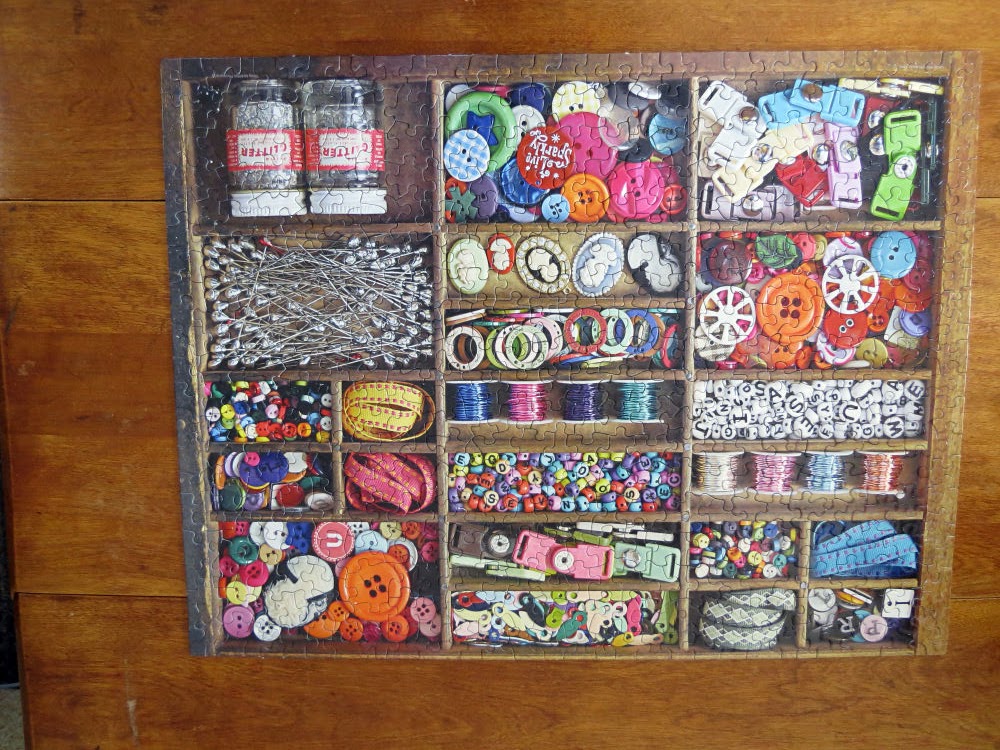 Now, I have another hard one I'm going to start. But I don't think the colors are icky like the doggie one. This is another one with fussy little pictures and a puzzle within the puzzle. I'm getting curious to start it.

In other news: I was SOOOOOO good today. I worked on a pet project, edited, did volunteer work, and got ready for tomorrow. I'm surprisingly tired- more so that if I'd hiked (which is, of course, what I really wanted to be doing.) But, I also want these other things accomplished, so I have to spend the time to do them.

Puzzles have been a hot item in the last year. Everyone has been doing them to pass the time at home. The last time I went to the store to look for a puzzle I had sticker shock. I couldn't believe how expensive they had gotten

Ann- expensive and not a good selection.