We packed a ton of stuff into today. We met up with Loren and hiked six miles on the North Country Trail. We started at 3-Mile Road and hiked south past McCarthy Lake and back. This is the bridge over McCarthy Creek. The picture is actually on the return trip. The bridge was covered with snow when we were outbound. 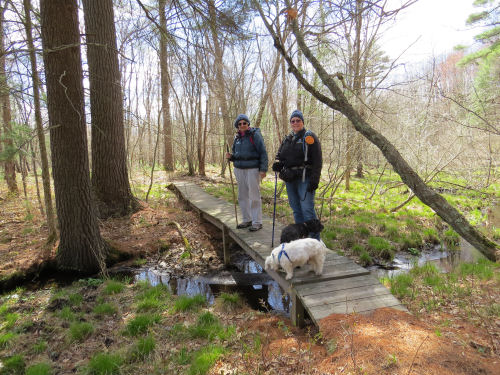 This was quite interesting. We were in the woods at just the right time that the trees still had "snow shadows" where the sun (not that there was much) had melted all the snow except where the sunlight was blocked by the trees. Cah you see the white stripes reaching out away from the trees? 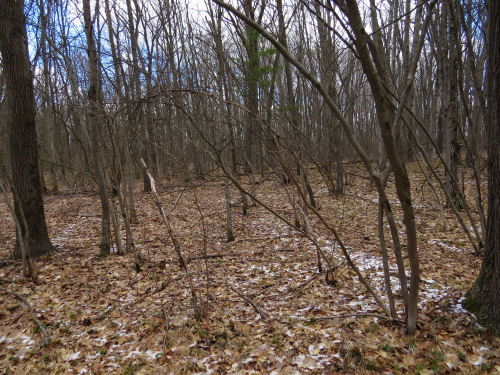 McCarthy Lake was lovely, as always. Gray skies caused gray water when we were closer, but there was some sun and blue looking back at it from the south. We saw bufflehead ducks, but all my pictures are poor. We continued our project to change the stickers on the Carsonite posts, and update the other stickers and labels. We did six more posts on this hike. Loren took a picture. 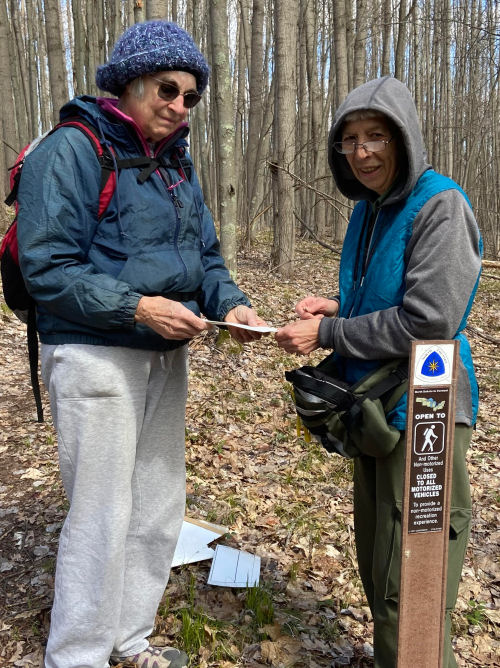 In the afternoon, our goal was more home-oriented. Last fall, after I did that huge wellpit project and also finished the roof, we had a wind storm. Of all the goofy things, one of the clothesline posts broke off at ground level. It was way too late in the year and too late in my patience for projects to do anything with it then. But last week, I got my act together and bought all the stuff to fix it. I mentioned that on the day I got it all because I didn't like the price. Today, we made it happen.

We sistered a new post alongside the good part of the old one and dug a new hole for the post. 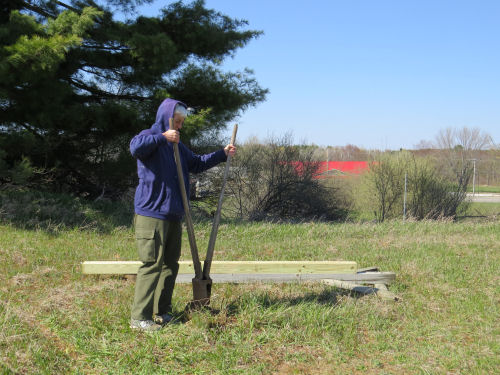 Marie removed the remains of the old worn-out ropes (they needed changing anyway) and cut new rope to the right lengths. 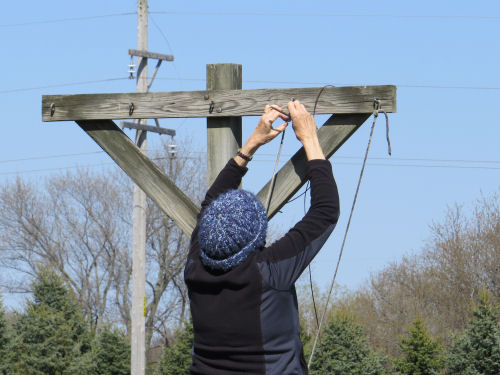 We got the post in, and the new lines strung. Tomorrow... laundry! 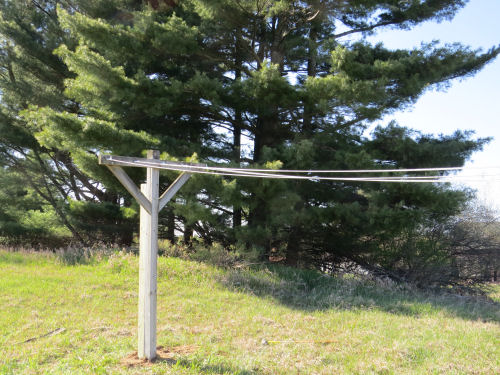 Trust me, this is all the news. It was plenty.

wonderful day ; today we are the same age! Keep up the good work.

You sure know how to fit a lot of activity into a day. I have one of those post hole diggers in my basement. Wade bought it years ago.

Charlee: "Ooh, you are all very brave to be crossing that bridge!"
Chaplin: "Dennis told us so many horror stories about bridges like that!"
Lulu: "Why, what happened to him on them?"
Charlee: "Well, nothing. Because he avoided them."
Chaplin: "But he was sure something bad would have happened if he tried to cross one."