This photo is from later in the hike, but I love the way the sun on old beech leaves makes the trail glow! 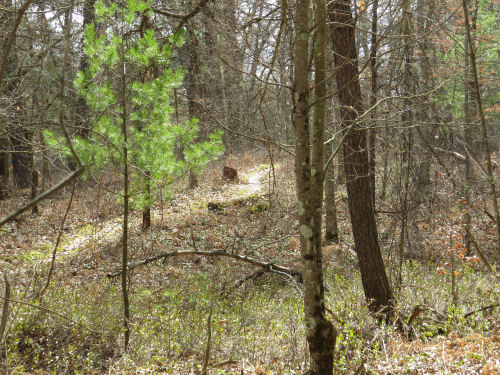 Today I connected with the hike from March 23, and I had a personal challenge goal. Yup, I hiked 15 miles. 15.8 to be exact. What I did was in two sections. First I went east from 58th St to connect with the Coolbough Natural Area trail from a previous hike. This took me across Bigelow Creek. Out and back, this walk was only 2.6 miles. 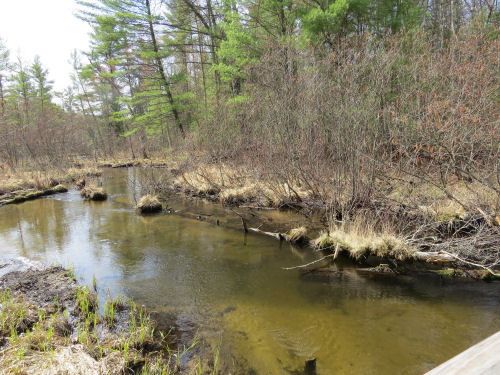 I passed through the area where there was an active fire when our group hike went through in 2017. I never did blog about that hike. But the firefighters let us walk through since the area actually burning had moved somewhat north. Here's a photo from the day of the fire. 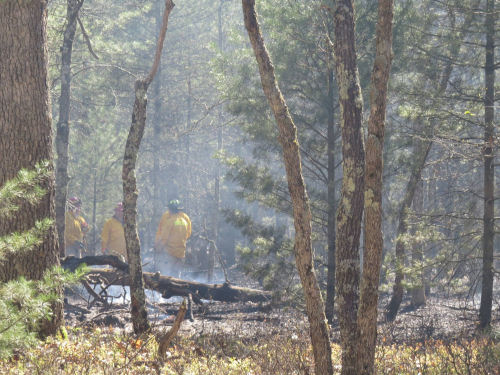 And here's what that area looks like today. Just some charring of the bark on the trees. 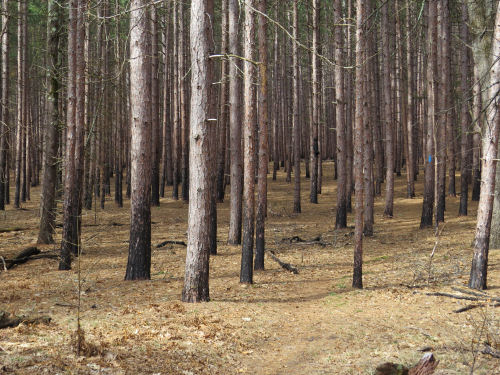 Then I made notes on a little road section- would be pleasant enough to walk- a little-used dirt road. After that, it was time to get serious. I parked the car and planned to walk north for 6.25 miles before turning around. I am saving some pictures for another day. But this is very interesting to me. There are some unusual wetlands in here, with a big interpretive sign. I'll probably tell you more about them later. I may have to come back and look for plants. 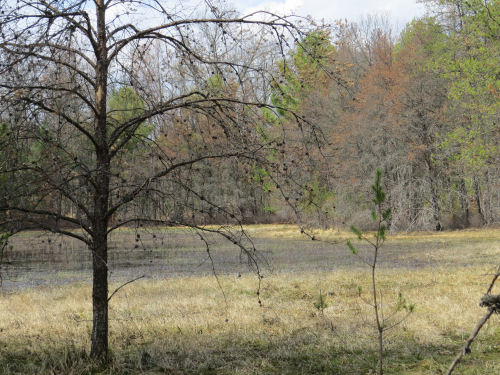 I'll share a couple of closeups. Since I was about 30 miles south of my own latitude, I thought I might see some hepatica or bloodroot in bloom. Nope- probably just not the right habitat. However, the trailing arbutus is trying hard to open those buds. Dang! Who knew it would be such a chore. 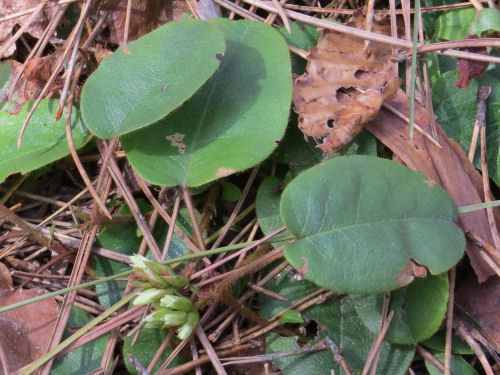 The cute little chickadees often keep me company, but they get shy when you try to catch a picture. Well... this one wasn't looking at me, but at least it's in focus. 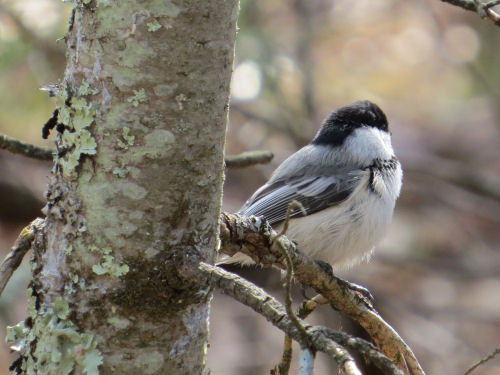 I walked to just north of this unnamed tributary of Coonskin Creek. I thought there was going to be a 2-track road for a milestone. Maps show an extension of 14th St crossing the trail, so I thought there might at least be an old woods road. But nope. So I walked far enough to be sure I would have crossed it, and then turned around. I stopped on the bridge on the way back for a rest and a snack. Nice place! 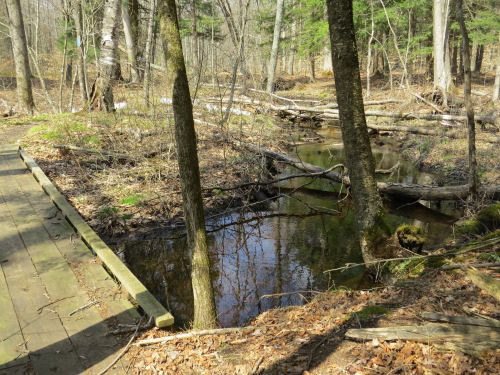 This is the best picture on the return trip as the sun was starting to slip toward the horizon. I just liked the layer of last year's oak leaves hanging on in the understory. The sky tried to sprinkle on me, but not even enough to put the electronics away. 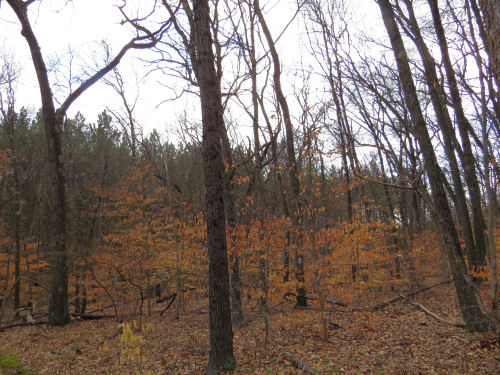 I got back to the car at 5:02, and made a beeline for a convenience store and a cold drink! Wonderful day. I'm not even sore in any specific place- just general long-hike stiffness, and tired. Feet and knees are fine!

There is no other news at all, except to say that we are supposed to get several days of rain, and I'm saving some more pics from today to show you.

Posted by Sharkbytes at 9:00 PM