I can't say the trailer door is 100% fixed, but it is improved, and it may be as good as it's going to get. Anything else requires cutting the door itself apart and reforming the curve on the bottom edge.

Marie and I really wanted to get this done while she was here because it absolutely needed two people. Step one- remove the door. 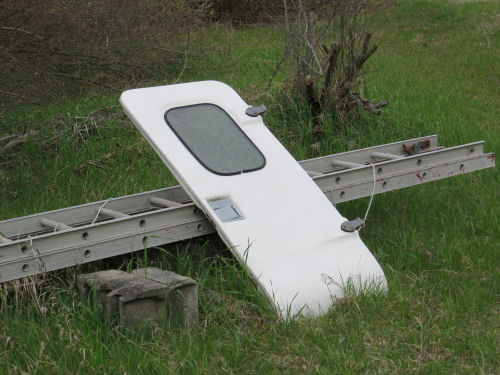 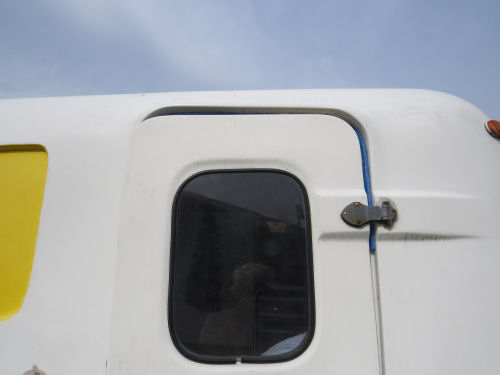 That mess all had to be removed. 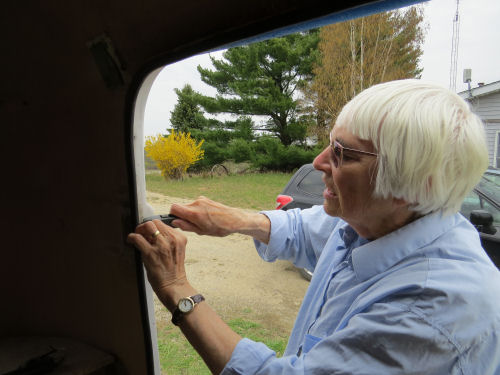 I removed the old wood backing plates which had dry rot, filled the old bolt holes for the top hinge with fiberglass, and put on new wood plates. Then we held the door in place to mark new top holes (the bottom ones were OK), and drilled those. All the fiberglass steps are slow because things have to dry between each one. Gunk had to be peeled and sanded off the old hinges. Then we could try to align the door better and mark where new holes were to be drilled. 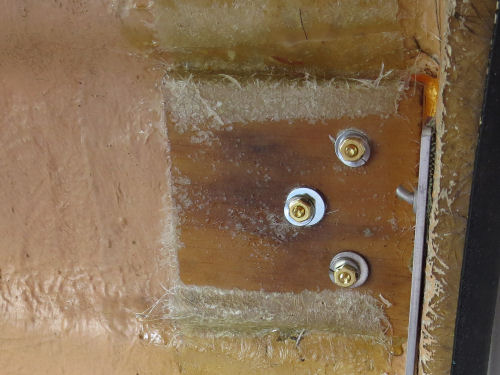 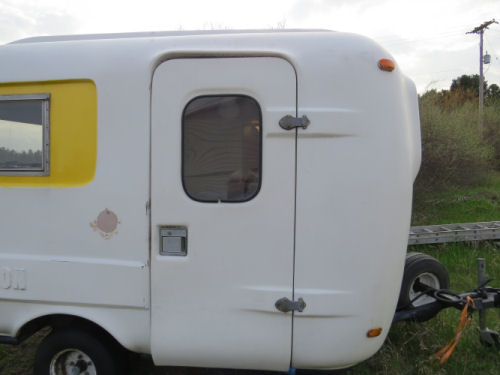 Did we improve it any? Maybe a little. This compares a picture from when I first brought the trailer home with the old one colorized so you can see which is which, and then I laid them side by side. Old is left- green. New is right. It seems a little straighter. It does latch a little better. 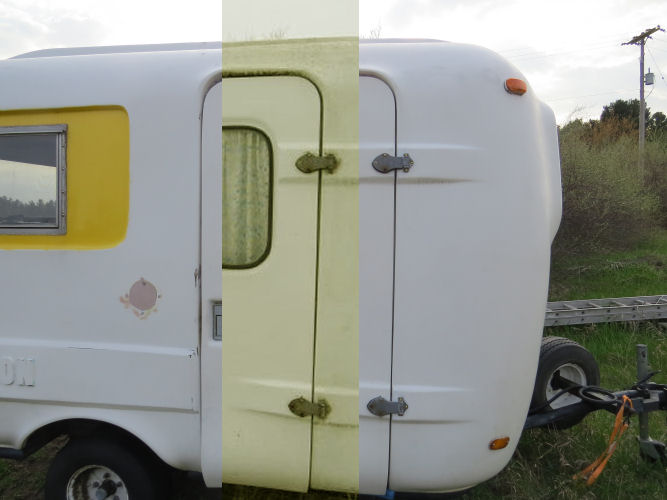 Sigh- a lot of work for only a little improvment, but those backing plates had to be replaced anyway.

Had to take one more selfie- it's our last night for this visit. We love the little trailer! 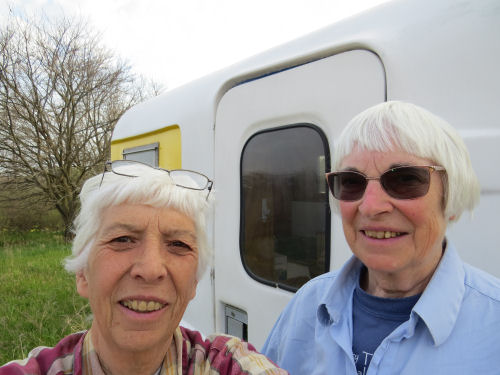 In other news: This was mostly it. We did have to make a store run, and we cooked one main dish to put in portions in the freezer. We played a couple games while fiberglass was drying, and I forgot to go to bell choir practice again. I should just be shot. Apparently I can't hold two projects in my head at the same time any more. <Eye roll>

Well that visit went by quick.

You two are always up to fun! AND you are productive too. What a great friendship you have.

Lin- It's the bestest!