I made a more formal post about today's experience at Shark Bytes and Tales. But you are my friends. You get the personal story.

This location was my driving goal for the day, about an hour and a half away. You might guess from the tower that the building has a special purpose.

It's the Interlochen Public Radio station. The Cultural Arts Center at Interlochen, Michigan, is internationally known for it's educational opportunities for young people in all types of performing arts, writing, and other visual arts. They also have summer seminars for adults, and concert series. Basically, if you are interested in arts you've probably heard of Interlochen.

As a result of making friends at the Blood and Tea mystery writers' conference last fall, I was invited to be interviewed by Aaron Stander, host of "Michigan Writers on the Air."

Aaron is a writer himself, having six police procedural mysteries set in a fictional town in northern Michigan. He's also an avid kayaker, and we sort of connected.

He mostly interviewed me concerning my book about hiking the North Country Trail, called North Country Cache. We took pictures, but this was radio, and I sure wasn't dressed or groomed for anything professional. 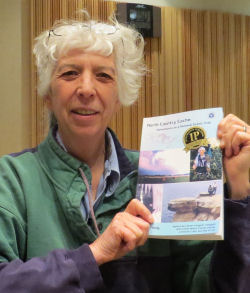 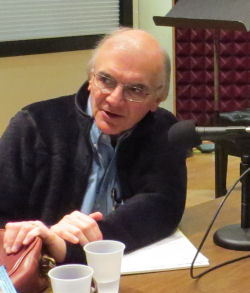 I read a portion of the chapter from the Adirondack hike, a piece about Chips the hiker pup. It was a fun interview.

The engineer did his job well too. 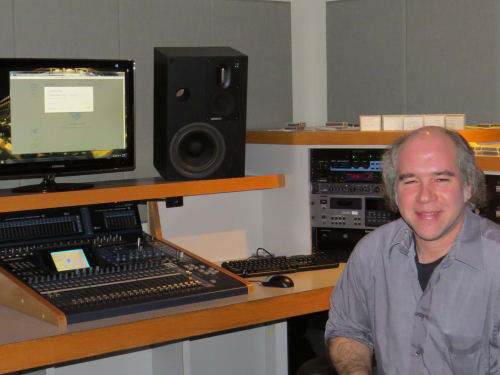 The program will air on IPR at 1 pm, Feb 20 and 24th, and after that it will be available on their web site. I'll add a link when that appears.

It rained and slushed most all day, so spending a bunch of it in the car was fine with me.

well how very cool. I can't wait till it's up on their web site so I can hear it.

We'll be able to listen to the live stream. I've already marked my Outlook calendar so I don't miss it. Thanks for the "heads up." Oh, and congrats.

Oh, be sure to remind us! I would LOVE to hear that!

Congratulations! Hopefully, this will get a whole new group of people reading your books...

Thanks so much everyone! I think it's quite an honor to be on that program.