Behold the Lamb of God


Not much Christmassy happening around our house. I'm a perpetual Scrooge, and Om can't lift much yet. With no one coming, neither one of us is very motivated.

But tonight we went to a production at a local church (Crossroads) of a musical program by Andrew Peterson called "Behold the Lamb of God." 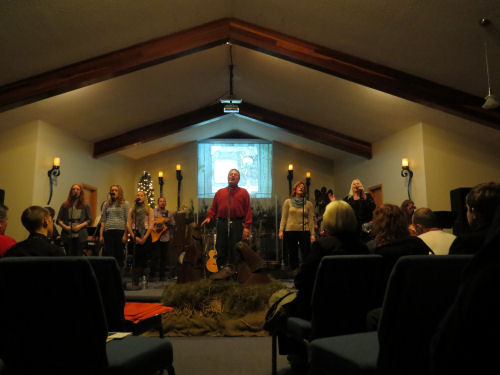 It was a combination of music, narration and media. It's hard to describe. The music was more modern than classical, yet there were several classical instruments. It wasn't rock or folk or traditional Christmas music. Om says he would call it "folk-country." 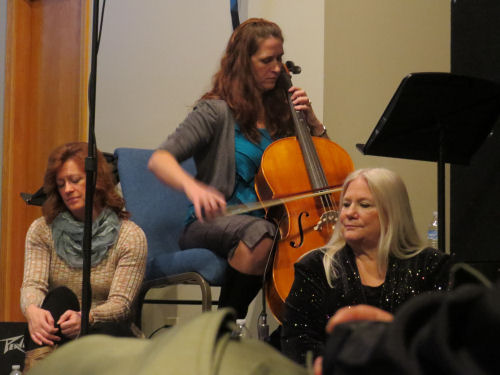 At any rate, it tells the story of God's love beginning with Moses and moving through significant events of the Old Testament, and culminating in the birth of Jesus. With the exception of putting a different tune to "While Shepherds Watched Their Flocks" all the words were original.

The subtitle is "The true tall tale of the coming of Christ." As with any unfamiliar musical production, I had some difficulty understanding some of the words, but the program gave the general idea of each song. 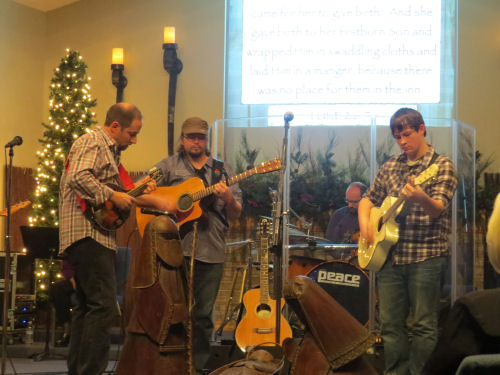 If you think someone looks familiar, the pastor of this church is the same man who played Bob Wallace in White Christmas at the Ramsdell earlier this month. In fact, that's how I found out about this program, after we became Facebook friends. I seem to keep making an awful lot of connections for someone who is a self-proclaimed hermit.

It was really nice to enjoy a live Christmas program that also gives a bit of a different perspective on such a familiar story.

I am putting a lot more pictures on Facebook if anyone is interested. That way more of the cast can see them.

We nibbled a few cookies (safer than having dozens at home to eat and add pounds). We saw several friends that we don't run into very often (they had driven from other towns to see the program).

Altogether, an excellent Sunday before Christmas.

Hermit? I think not. Just doesn't fit you.

Blessings on Christmas Day. Ours will be quiet as well.

That looks like it was a nice program. Nothing like that here. The Church program was the week before. Yesterday afternoon, we watched a movie in Spanish called La Montaña (The Mountain), which is based on the true story of an American missionary in Colombia.

A merry Christmas to you.

Merry Christmas & God's Blessings for the New Year - from The Ramblers.

vanilla- o yes it does!

Chuck- I'd be totally lost watching a Spanish movie. I can't even follow French ones at speaking speed

rainfield- and to you!

Carole- Thank you- You are almost ready to get up by now!

For us today is pretty much like any ordinary day. My kids were here yesterday and now it's just sit back and relax. Suits me just fine. Hope you and Om have a nice day and Merry Christmas to you both