On the trip to Alabama I added four new trilliums to the species I've seen. In fact, I had no idea there are so many trilliums. Wikipedia has 44 species!
Previously, I'd seen:
Trillium grandiflorum- Large-flowered trillium, the lovely common white northern trillium that blankets the woods in spring
Trillium cernuum- Nodding trillium, a white species that hangs downward (and has red anthers)
Trillium erectum- Red trillium or wakerobin, with a dark red nodding flower
Trillium recurvatum- Prairie trillium, with leaves that look somewhat stemmed, and downward pointing sepals
Trillium undulatum- Painted trillium, with wavy white petals and a pink center

Here are the four I added this trip, bringing my total to nine. Three look very much alike because of the mottled leaves, but now I know how to tell the difference.

Sweet-Betsy is large and the petals and sepals are all erect when in full bloom. It's also known as large toadshade, Trillium cuneatum. 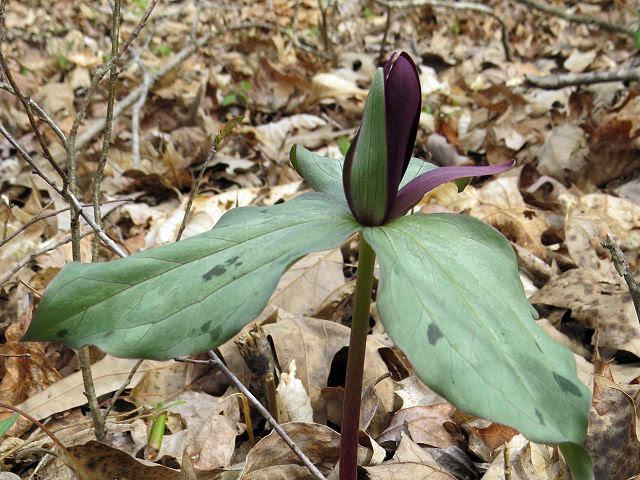 Very similar, but about half the size is Trillium stamineum, propeller or twisted trillium. The sepals open out and each has a little twist. 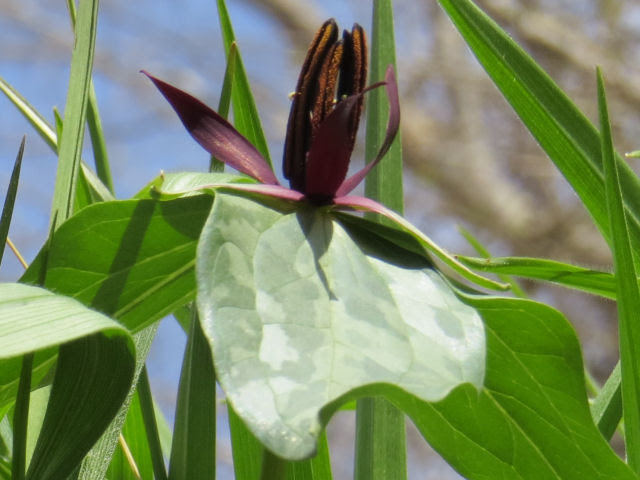 The third almost look-alike is Trillium decumbens, trailing trillium. This has the small size of the twisted trillium, but the petals and sepals all stay erect, AND the stems lie along the ground so it looks as if it has no stalk. 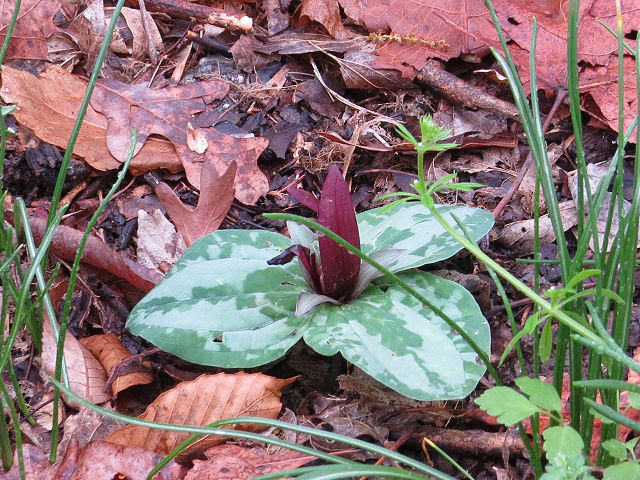 That seemed very confusing to me at first, because all I could see were the mottled leaves. But after seeing the first two in three different places, it got a lot easier.

The next one is very similar to nodding trillium. In fact, I couldn't figure out why it was a different species until I got home and looked it up. This one, Trillium flexipus, has several common names: white trillium (not too helpful), drooping or bent trillium. The only real difference is that the petals aren't recurved in this one, while those in nodding trillium are. I think the best thing about this one is the Latin name: flexipus! 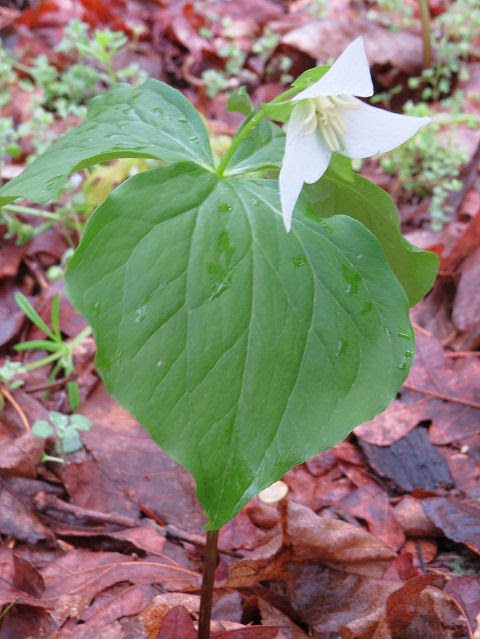 I would never be able to tell the difference between them. You are so good at identifying these things

I never knew there were so many species. I don't think many of them get this far north.

You are becoming quite the expert, Joan. I would never be able to keep them straight.