There is SO much to learn and so many surprises with plants, I just can't get enough of them. But I hope I'm not boring you. I'll group three together today. The only things they have in common is a white blossom, and that they are native to the south.

First let's do a tree. This is the Little Silverbell Tree, as near as I can figure. It's one of the Halesias, but the taxonomy is all goofy as to the genera. So I'm calling it Halesia carolina. It was just calmly doing its blooming thing off the in the woods and no one was paying the least bit of attention to it. But it was beautiful! 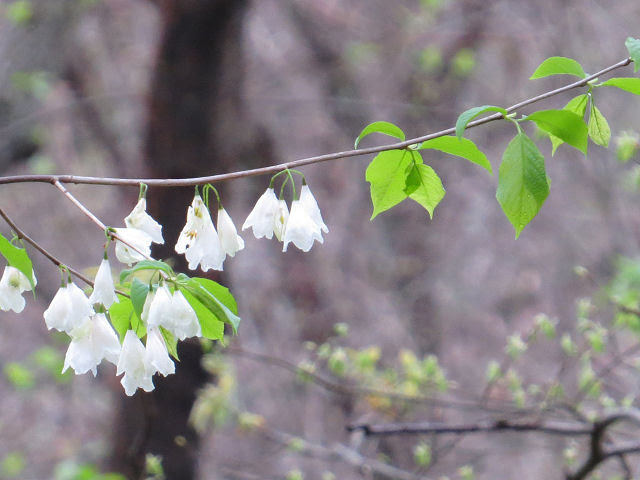 Now, how about a shrub? A tiny shrub, which I guess is now called a sub-shrub. Anyway, you probably know one of its cousins, and if you have a shade garden you may even own some. This is Allegheny spurge. (More on that topic tomorrow). But it's really a Pachysandra. The one that gets planted in gardens is a Japanese Pachysandra. This one is native, Pachysandra procumbens. If you know the garden plant, this one has similar leaves, but the flower of this one is much more striking. 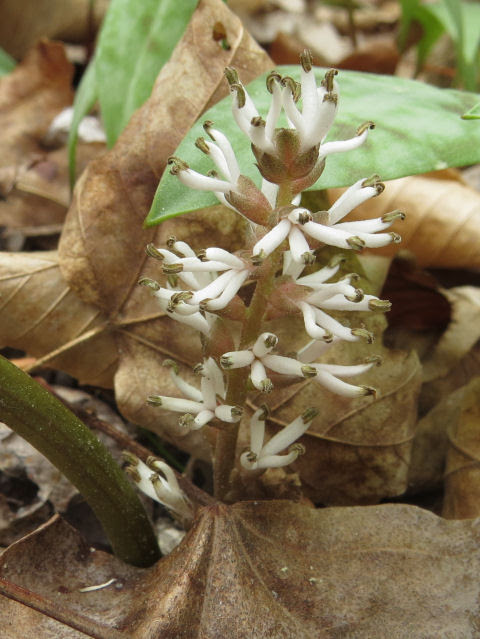 Finally, a little herbaceous gem. This grows like a weed in the south- just a common plant no one pays any attention to. But it's beautiful. It's called False Garlic, Nothoscordum bivalve. That's a mouthful. I can't seem to find out too much about why it's a false garlic, except that it doesn't smell like garlic or onion, and that may be the only reason. It's a cousin plant, in the same family and subfamily. 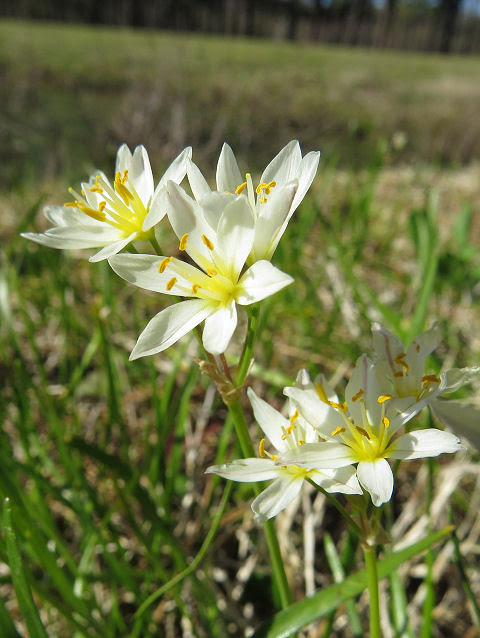 And that's enough for today!

Posted by Sharkbytes at 9:25 PM

Your not boring me Joan love to look at plants - would love it even more if I was seeing them for real :)

I never get bored looking at your plant finds. I may not remember all their names but I like seeing them. That last one is pretty

It may be a sub shrub, but it looks like a maggot tree to me.

You're showing me plants/flowers I don't remember seeing before though I am a Georgia peach, by birth. All three are pretty in their own right but I think the first is especially dainty and pretty.