Today I took a little walk down around the creek again. We don't have much snow right now, but the temperatures are lower so the edges of the water are icing up.

We've all heard about the sure-footedness of wildlife right? I think a small deer was having a little trouble with that concept recently. 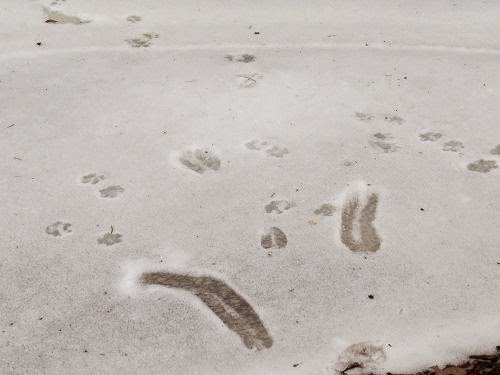 When he/she stepped out of the creek on the other side, that ice wasn't quite strong enough, and then when all four feet were on solid ice it wasn't any less slippery than the other side! 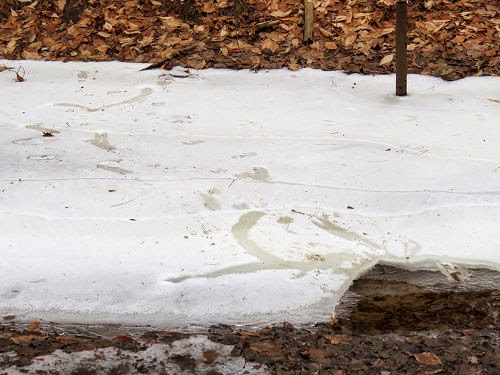 The funniest scene was farther down the creek. I realized when I looked at the pictures on the computer I should have included a little more of the surroundings in this shot, but you'll have to take my word for it that there are deer tracks around this spot. 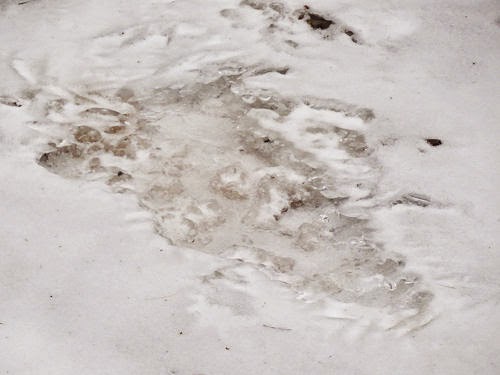 I think some little deer broke through the ice and ended up falling on belly or rump and belly before managing to get upright again to continue across the creek. That would have been worth a chuckle or two to watch!

By the way, do you know whose tracks are at right angles to the deer in the first picture?

I just kept thinking of Bambi as I read this.

the poor deer sure had a time of it.