Since the theme for the 2015 Philadelphia Flower Show was "Celebrate the Movies," a number of the largest displays took a particular movie and recreated a portion of the set, emphasizing the natural setting and plant materials. Here are four of them.

This very realistic one presents the summer camp where the original Parent Trap movie began. In addition to the cabin and campfire area, there was a dock at the swimming hole. 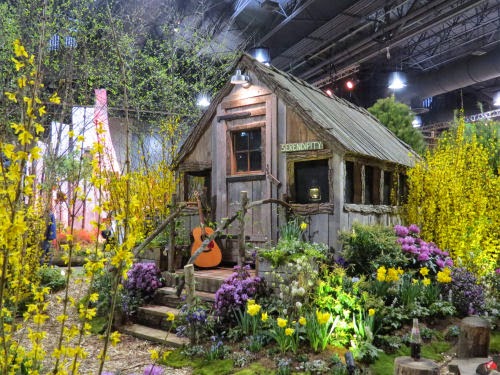 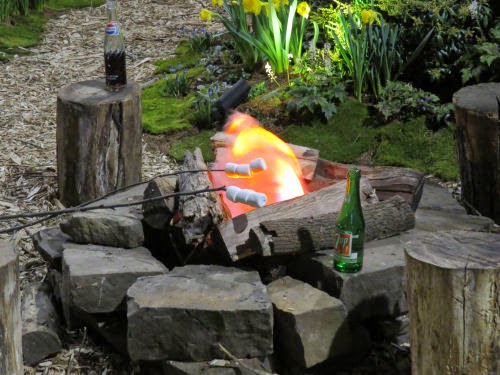 Here, I'm sure you'll recognize "The Sorcerer's Apprentice" from Fantasia. The broomsticks were even animated. They tied it in with a garden theme with topiaries of the gardener's apprentices! 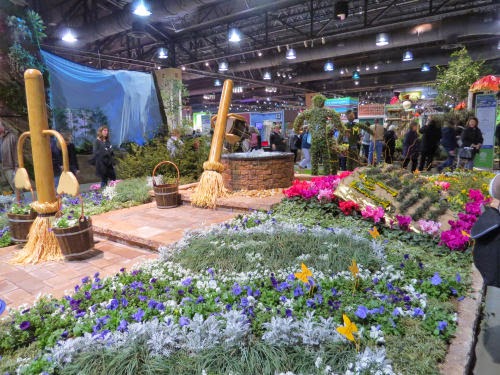 The Alice in Wonderland display was done by a high school. There were a lot of entries by school groups, although most were not major displays. I think that was good planning for the future, to get kids involved. 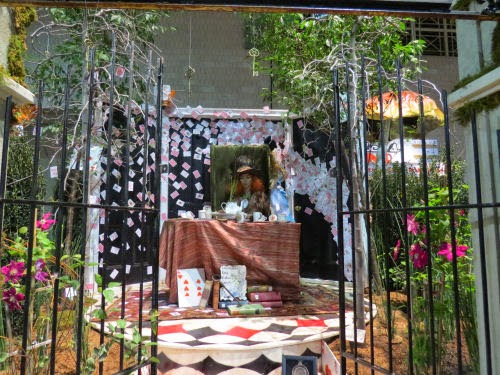 I'll leave you with one more display to guess. That's because they didn't tell you what movie this is. You were supposed to guess, and that put you in a drawing for a prize of some sort. All guesses or good solid knowledge welcome here. I didn't recognize it. It's probably some classic film that I missed! 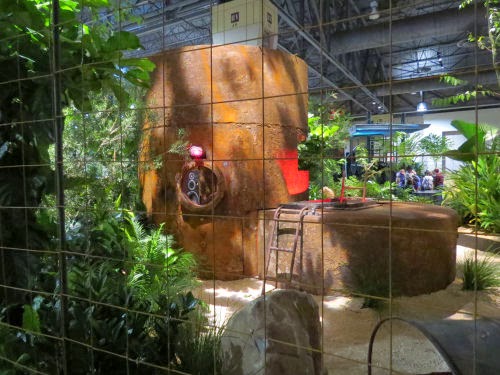 The displays I featured today are more or less realistically true to the movie set. Departures from that coming up.

Those are great. I like the first one the best. No clue on what that last one is

Well of course, it has to be The Yellow Submarine - the Beatles film. perhaps not so well known in the US as it is here.

So glad you made it to Philly and back again this year. Have been looking forward to seeing these pix!

I could tell it was a submarine, but none of the sub movies I love have a "flowery" image...I think Jean is probably correct.

How lovely the displays! So glad you got back there again this year.

I think the last one must be Twenty Thousand Leagues Under the Sea.

Ann- it really takes one back to summer camp!

Vanilla- hold on to your hat. There will be lots

Lin- that was as far as I got too

Chuck- I think Jean is right. I saw 20000 Leagues several times and that CAN'T be right, although that would have been awesome done with plant materials. I'm picturing the giant squid!