The miniature settings are always a hit with people. There is a continuous line of people waiting to file past them. They are always staged in a lighted box behind glass (probably plexiglass), that is about 2.5 feet by 2 feet high (the interior is higher than the window) by maybe 2 feet deep. This year they were collectively titled "Zoom In: Drama" and were to create a miniature setting inspired by a movie. They ran two groups, so there were two sets of ribbons. Here are the winners of the first set.

All three of these were created by individuals rather than groups, and all were women.

Because of the plexiglass, and the lines of people, getting pictures without odd reflections is really impossible. You'll have to let your mind remove those, and look through the window. In the first one, I've shown a little longer view, so you can see how the boxes are set into a wall.

Third place went to An Affair to Remember. The judges said: "Beautiful lighting. The position of the Villa interrupts the overall visual rhythm." 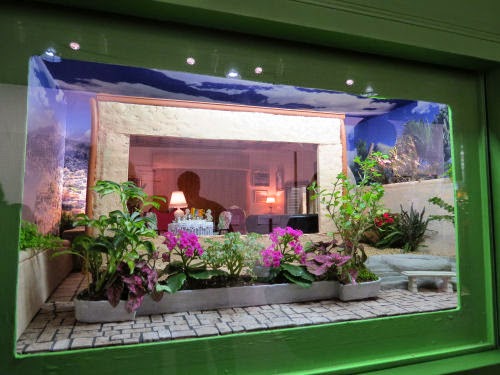 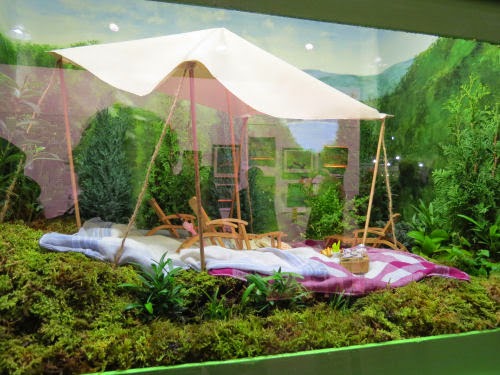 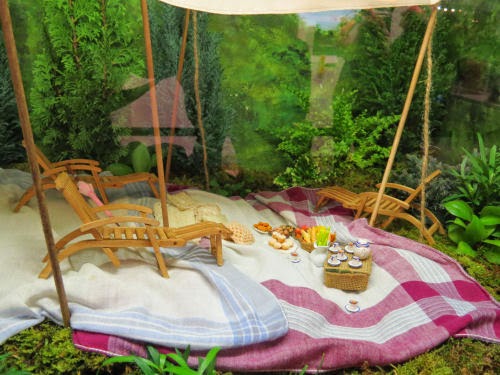 And the blue ribbon not only for this class, but for all the miniatures, went to Rear Window. The judges only said: "What a view!" 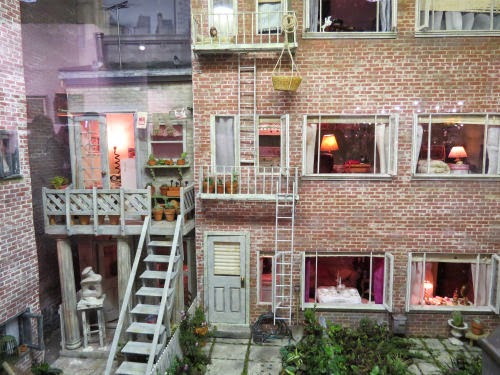 I'm including a couple more shots of this one. The modeling was exquisitely done, and the list of plant materials used was long. 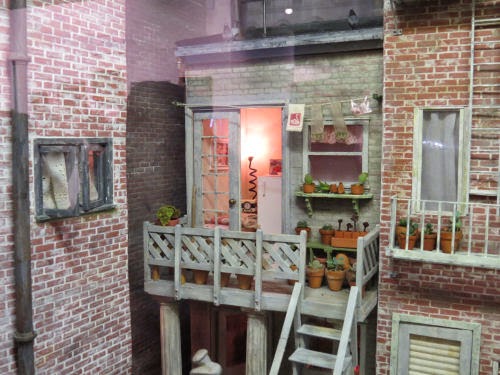 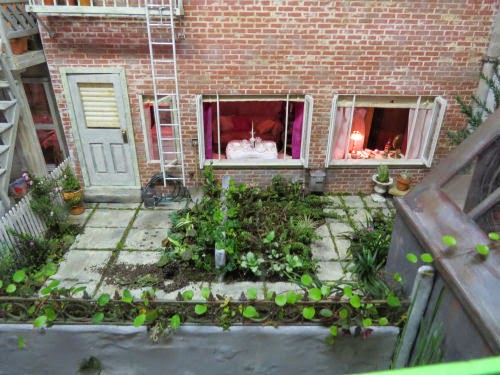 Finally, just because I liked it, here's a little detail from Treasure of the Sierra Madre. I don't think I need explain why I like it. This display took fourth place, but the cliff was poorly done. 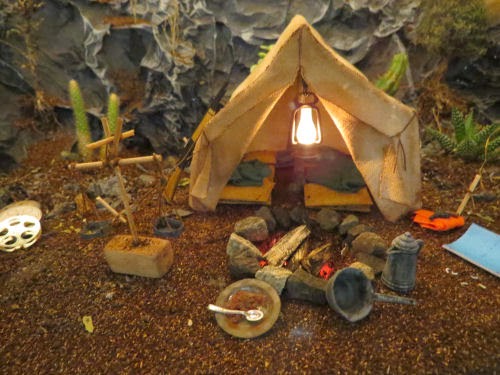 Are you getting tired of Flower Show pictures? There are lots more, and if I share them it means I don't have to work hard to find something to like in the ugliness of rotting snow and mud.

Tonight I work, and I can't seem to wake up. I actually napped part of the evening-not something I usually do because it makes me groggy. Trying to remedy that now!

I think I like the last one the most, probably because it's something I can identify with well.

Not tired of flower show pictures at all. I see plenty of ugly melting snow around here so bring on the flowers :)
These are really cool and again the blue ribbon winner one is my favorite. That is just amazing all the detail put in that

How can you get tired of flower show pix?

The pix are interesting when accompanied by your commentary. I'd miss too much without an interpreter.

The blue ribbon model is very impressive, but I had difficulty understanding just what relationship it had to a flower show.

Ratty- I think we all pay better attention when we sort of understand something.

Ann- yes, the blue ribbing was well deserved on this one.

Chuck- I think I need to do more with explanation of the miniatures. Will do that tonight.

Vanilla- I will try to answer that question tonight

I agree with Chuck--I am enjoying the photos and the commentary. I love miniatures--I loved when the kids had dioramas to do for school!