Door to (of) the Past


I was out doing cases this afternoon and one of them was a large Craftsman bungalow like the one I grew up in.

So I walked up and rang the bell. No one was home, which is fine. I can still take my pictures. While I was waiting I realized that the door had the same molding as the house I grew up in. 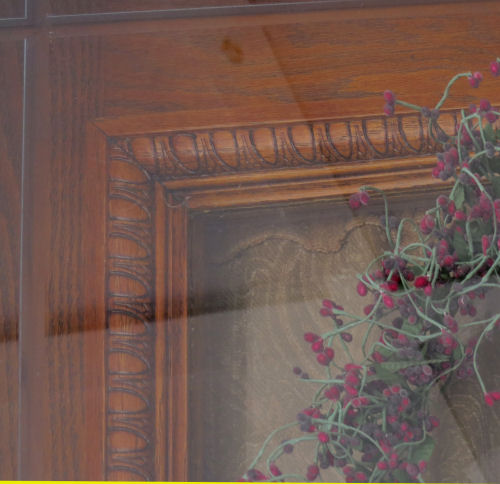 These pictures are taken through a glass storm door so they have some reflections, but you can see the beautiful design. And I know that design well. My dad, as I've mentioned, did things THE RIGHT WAY. So when he decided to refinish the door he stripped and cleaned every single one of those little crevices by hand before re-sealing the wood. 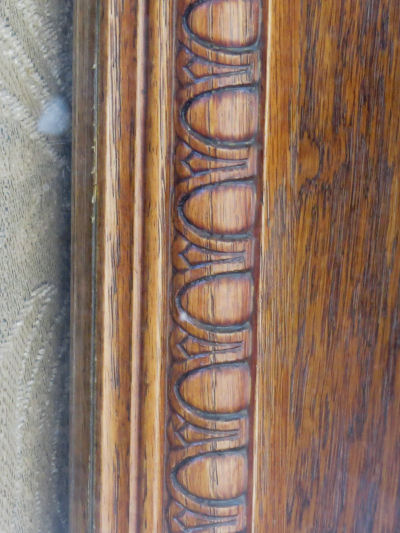 It was a nice memory. There are so many details of the house I grew up in that I wish I had pictures of. But no one thinks of those kinds of things when they are a kid. For instance, I don't think there is even a photo of my bedroom that shows what the room really looked like.

A lot of quality in a little bit of door molding.

And now... I know it's early, but for some reason I couldn't sleep last night, so now I am fighting to stay awake. I'm giving up the battle very shortly. My reports are done and sleep sounds really good.

That is beautiful. Hats off for your dad.

They just don't make them like they used to. I love the older houses with all the detailed wood work. The molding in these pictures is beautiufl