An Answer and More Pictures


Remember the day I accidentally caught them removing a turbine cover at the pumped storage project? (See Open Wide and Say Ah

Last week there was an article in the paper about what is being done. Over the course of six years all six turbines are being rebuilt. The cost of this will be $800 million. The plant will then be the second largest in the U.S. and the fourth largest in the world. The manager is quoted as saying, "It was originally designed in the time of slide rules." Computer power will result in more efficient power generation. 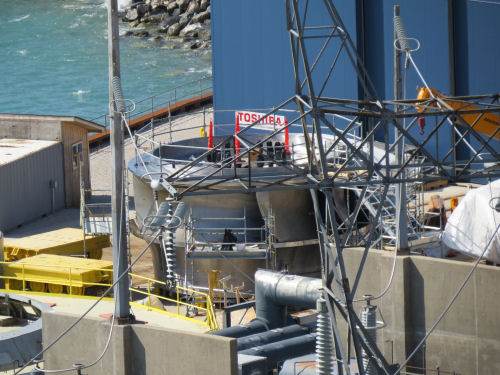 When I drove by this week, there were large parts displayed near the turbine covers. The picture above is one of the new turbines. See the curved and angled blades on the side? Yes, the paper says they were built by Toshiba. 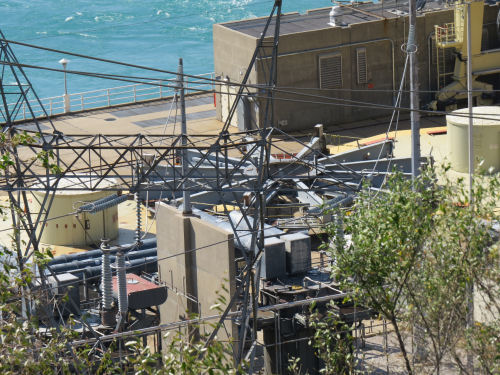 The news article explained that the new turbines have nine blades instead of six, and the primary block is one piece instead of two as the old ones were. They were brought to the site on barges. Much of the installation process and many small parts are custom made and hand fitted. It takes ten months to rebuild each turbine.

Whereas the plant used to be able to generate 7 megawatts of power for every 10 expended to pump water to the reservoir, after the rebuild they will get 7.7. Of course, these generation plants aren't perpetual motion machines. You can't get more out than you put in, but narrowing the gap means there is more profit margin. The point is to generate electricity when it is needed, during the day.

Another amazing fact is that these kinds of facilities are extremely fast to come on line. If there is a request for more electricity, they can be providing it to the grid in three minutes! Additionally, the plant can do what is called a "black start." This means it doesn't need power from the grid to start up (I'm guessing because if there's water in the reservoir it only takes gravity to get things going- and they must be able to open a gate manually).

The new turbines have an estimated 30-year lifespan- better than wind turbines at 20 years.

If you'd rather just look at pretty pictures of the lake, here's an interesting one of how the sand bars have shifted near the site recently. 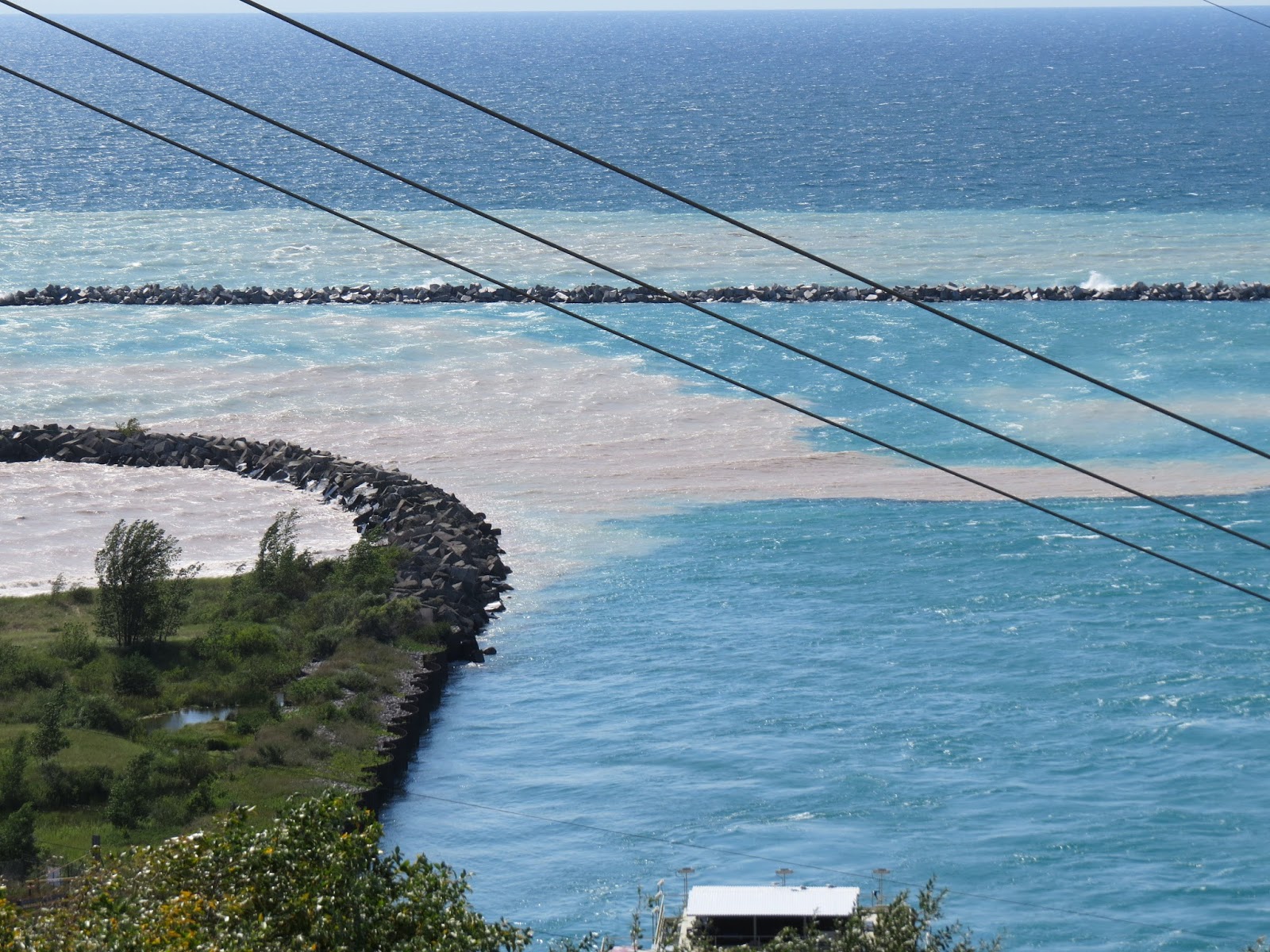 I may not always understand all of it, but I find it fascinating how far technology has come in my lifetime.

If my arithmetic is correct there will be a ten percent increase in efficiency which one supposes over time will recoup the four-fifths billion bucks expended. Fun lesson. Thanks.

Very interesting story. I enjoy reading about projects like this.