Conclusion to a Wonderful Weekend

One of the very best parts of spending time at Doug and Pam's house is the delight of music interwoven through every part of life... and not just on CDs or iTunes. I'm talking about making music.

Pam is currently in love with harps and has several Celtic harps. I had never had a chance to even pluck a string on a harp before (OK, not counting autoharps at camp), and it wasn't even on my list of things I had thought to try. But I love to try new things, and Pam is always urging people to just play with instruments (which you can tell are strewn about in great number). She showed me the correct way to pluck the strings, and gave a few other technique tips. We managed to play one duet before we ran out of time. What fun! 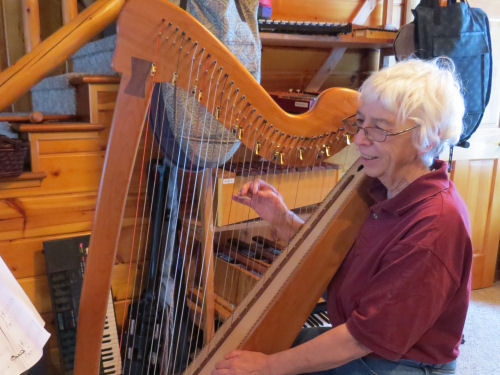 The day actually began with a trip to town for breakfast at the Traverse City Pie Company! You know I love pie (especially for breakfast- I had cherry.) We met one of Pam's friends there who has led an adventurous life in her own way, and we had a lively talk. 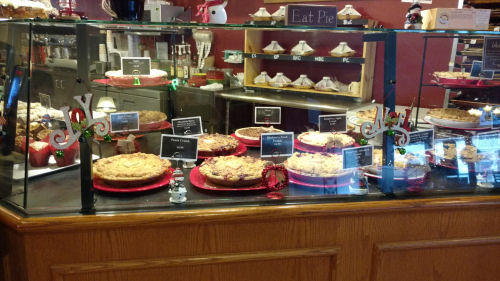 Back at the house, this was followed by another snowshoe walk which included a stop at the chicken coop to deliver the compost bucket to the chickens. 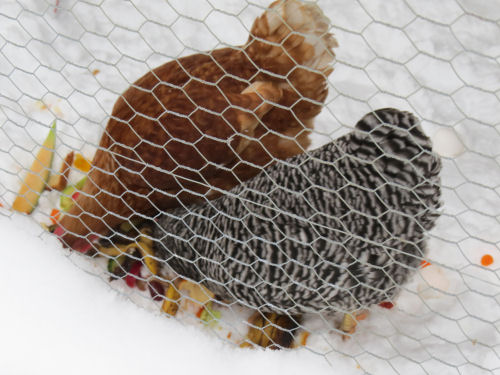 On the return to the house we passed by the sauna in progress, being worked on by Doug and son-in-law Joshua. 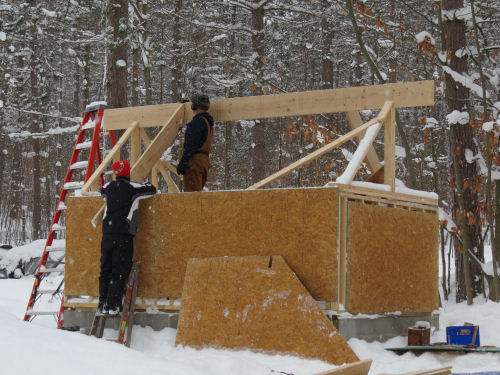 The rest of the time until I had to leave was filled with music. Pam also has these pentatonic harps. They were invented by and are built by a northern Michigan man. You can't play a wrong note because the strings are all tuned a fifth (penta-) apart, so anything you play just makes nice sounds. Very relaxing sort of non-structured ripples. Pam is also selling these for the builder if you are intrigued enough to want one. I fooled around and played some pretty music for the stuffed lamb. Pam has "games" she plays with people on these harps where she makes a certain kind of sound and then you respond with something similar, or sometimes something different. It was fun. 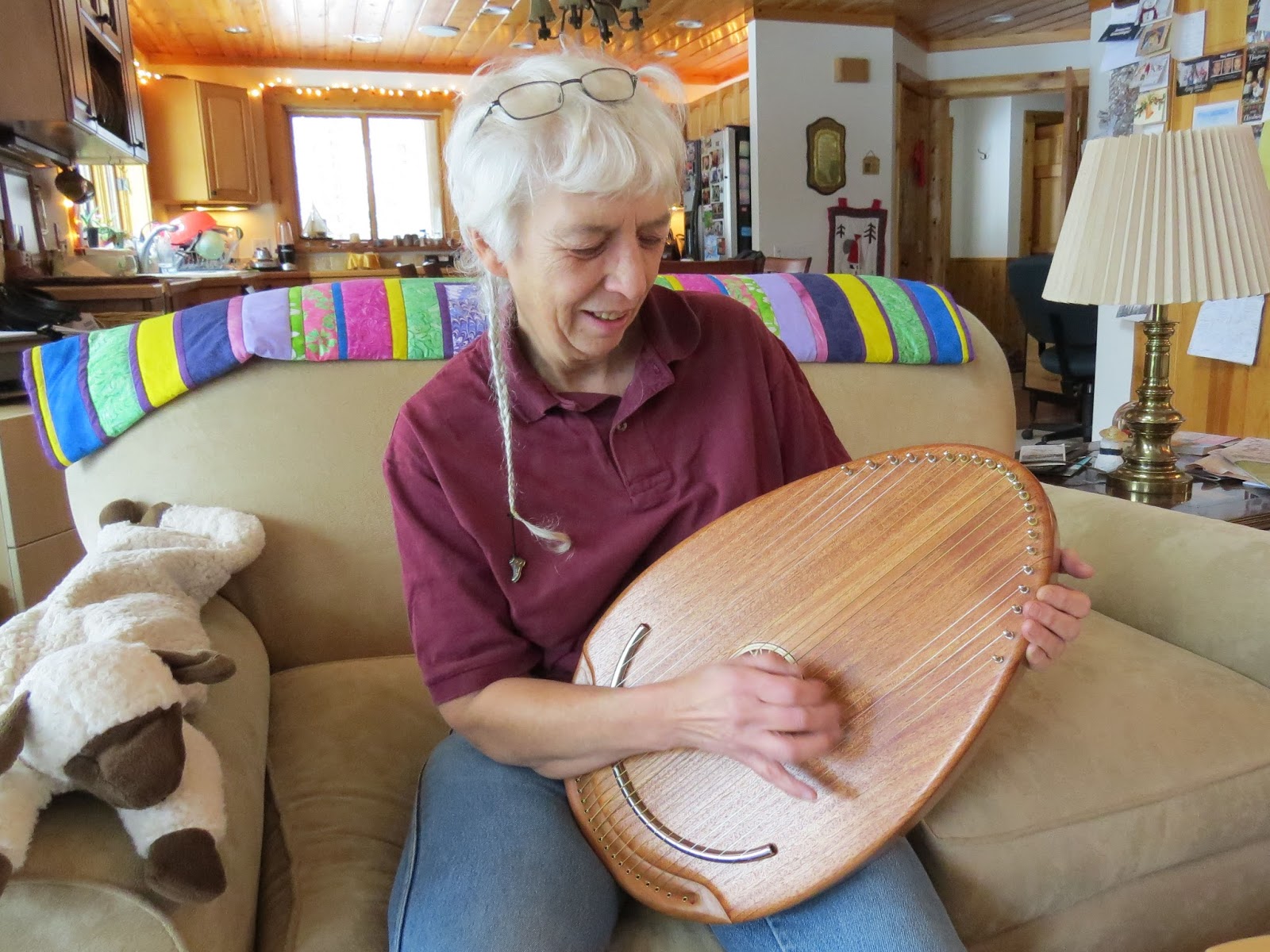 I left for home just as it was getting dark. These trees are down the road a mile or so from where I stayed, but they were SO pretty with the lights and snow-covered. 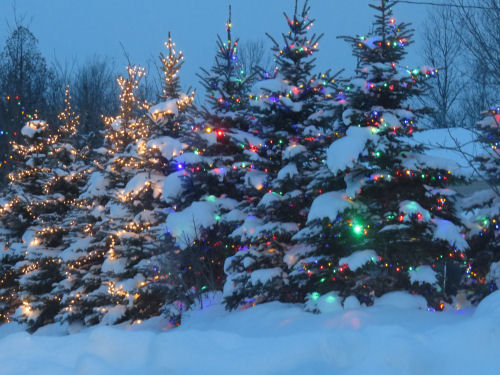 Arrived home safely before 9 pm. The weekend was everything that I needed to bring me back into focus at this moment in time. Blessings on you, Doug and Pam! 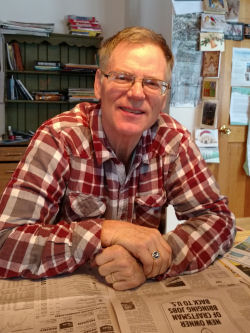 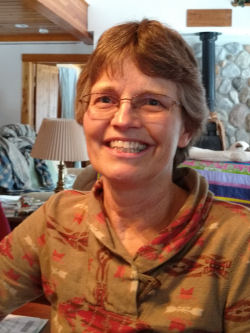 There was also time for some serious talking, and a lively game of Qwirkle (also new to me, but very fun). Tomorrow it's back to work, but I sure feel refreshed.

Those tree are beautiful. You look angelic (well, sort of) playing on a harp.

Good friends are such a blessing.