Yes, it's been a while since I went to a play. I didn't even get a season ticket to the Ramsdell last year because I didn't care for several of the shows. This year, I have one again, although I did miss the spring production.

The summer musical is Pippin, an interesting theatric, that breaks a lot of "rules." It's sort of a musical, coming of age farce. It won a Tony award in 2013 for best revival of a musical (with a new ending that was used tonight). But I wasn't familiar with it. Wikipedia says there's a lot of debate as to what the play means. I can understand that.

It's sort of a play about a play about life. There's a theatrical company with a Leading Player as narrator. The main character is Pippin, eldest son of Charlemagne. Other than the names and their relationship, there isn't really any historical credibility intended.

Pippin has been educated and he is seeking a deeper meaning in life. He is drawn to the "magic" of the theatrical troupe who run (almost) all of the show. 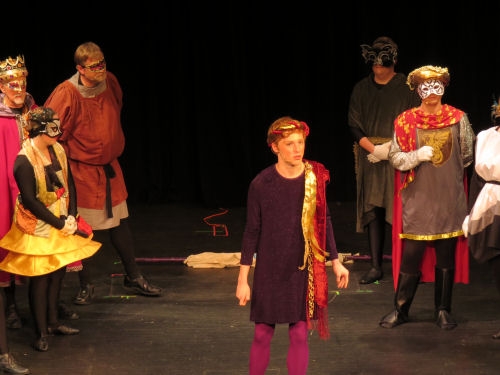 We meet Charlemagne, Pippin's stepmother and half brother, Lewis. There is the usual intrigue of royal families where the stepmother and brother conspire to kill the king and then Pippin, so Lewis can be king. 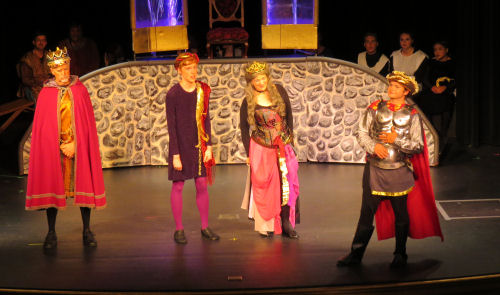 But the primary plot is Pippin's search for meaning. He tries war, girls, activism and politics, and faith. 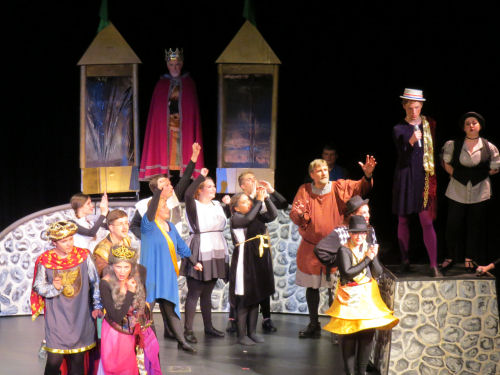 I'm going to skip a whole lot of the middle here because there's a lot of detail. Pippin tries them all, ends up as king and doesn't like it. He asks the Leading Player for a do-over, and is granted his wish, whereupon he runs away and becomes depressed.

Catherine, a wealthy widow with a young son and an estate, finds Pippin and falls in love with him. 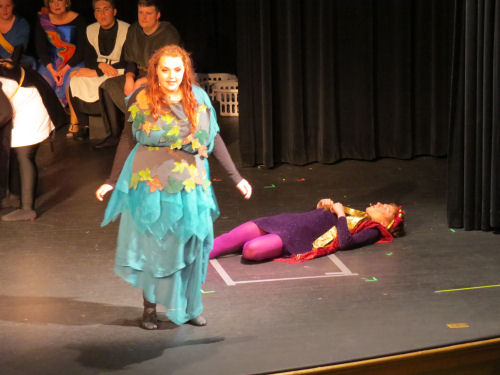 She convinces him to stay with them, and he briefly finds a spark with Catherine, but he gets bored with the ordinary life of planting and parenting and all that.

He goes back to the theatrical troupe, still looking for the magic, and they try to talk him into "going out in a blaze of glory." 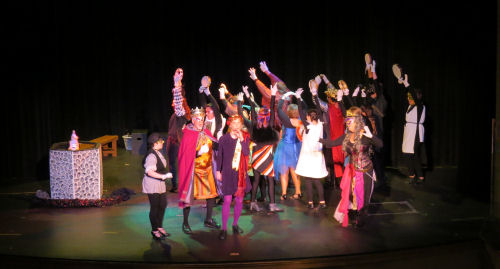 When Pippin doesn't want to do that, they get angry. Catherine sings a song about how she cares for Pippin that the Leading Player declares was not in the script. The Leading Player takes away the lights, the set, the music, and Pippin's, Catherine's and Theo's (the son) costumes. The troupe symbolically take off their gloves and throw them down. The "family" is left in their underwear on a bare stage. 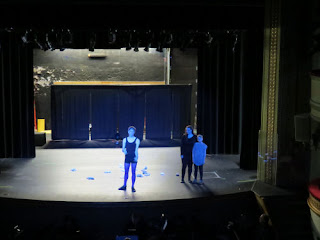 Catherine and Pippin realize that maybe ordinary living is the deeper meaning they've been seeking and exit together (here's where the new ending comes in). Theo goes and picks up one of the gloves and suddenly the troup is back enticing him with their magic. 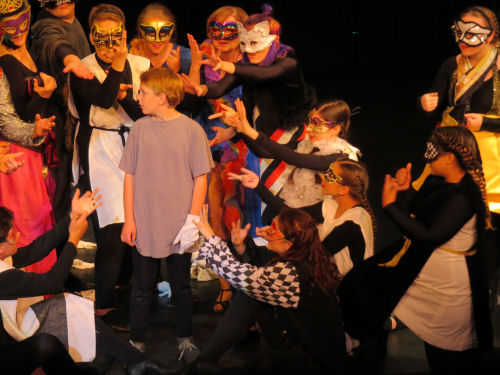 Maybe it was because I was tired, but I haven't decided if this play works for me or not. For one thing, I am finding anti-Christian jokes less and less funny, and there are quite a few of them. As with any musical, if you don't know the words to the songs, it's really hard to understand them the first time through.

One line really grabbed me. "I want my life to be more than long." And yet, the play seems to end up saying that the only real meaning is not in any of the "big" issues.

I usually like plays that cut through traditional production styles. This one, at least this time, not so much.