A Fast Overview of the 2017 NCTA Celebration


Marie and I got back to my house last night, but I was just too tired to do a blog post. And you know none happened while I was at the Celebration. It's probably my favorite weekend of the year, but it's pretty much non-stop from 6 am to 11 pm every day, and I'm pooped.

This will give you a fast overview of what the weekend is like. I shared some good pictures from several hikes on Facebook, so I won't repeat those here.

For starters, we had to get a real UP pastie, so we stopped on the way to Marquette, MI, at a place I know that makes good ones. We split one, since they are always big. 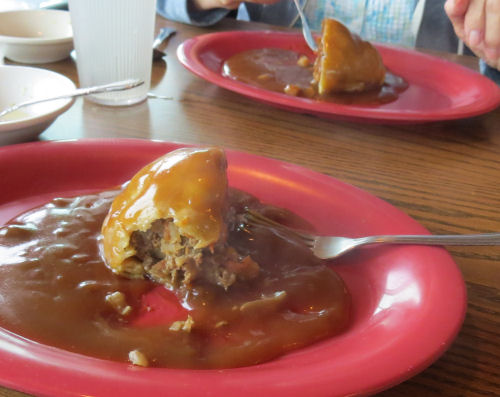 Thursday, we chose the Iron Ore Heritage Trail hike. It's a multi-use trail (lots in the woods, although this picture is beside a road), and we had good interpreters who told us the history of the area as we walked. Iron mining was the primary industry. 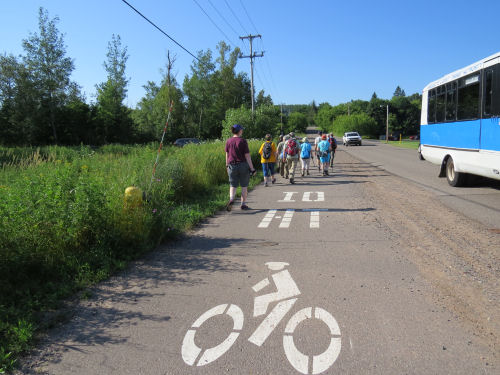 This sculpture commemorates the very early miners who used "double-jacking" to drill holes in the rock for the dynamite. That means there were two men with sledge hammers and they took turns hitting the drill to drive it. Usually a young boy was chosen to hold the drill because his hands were less valuable than the men's. 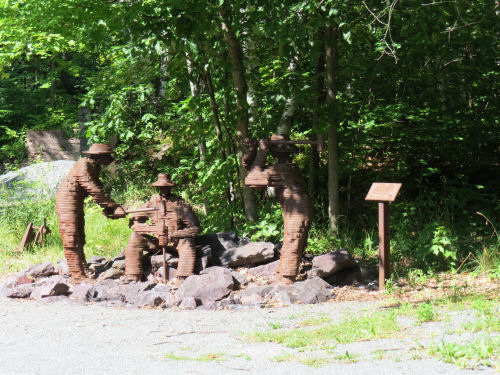 That night, the National Park Service gave out the volunteer hour awards. This trail would never be built without volunteers. We are up to an impressive list of people who have donated over 1000 hours to the trail. Quite a few have made it to the 4000 hour level (I'm one of those), and now there are actually five people who have each volunteered 10,000 hours for the trail! Tracking and reporting the hours is important, because the value is calculated and can impact how many federal dollars we receive.

We also heard a presentation about the Porcupine Mountain Wilderness State Park. The NCT goes through there, and as part of the program it was announced that our trail is being re-routed to now follow the Escarpment Trail and to see Lake of the Clouds. I've been rooting for this change for years, so I am happy!

Friday morning, we did a half-day hike to climb Sugarloaf Mountain. 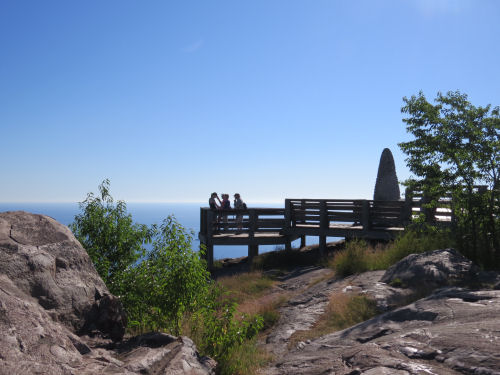 The sun on Lake Superior was dazzling. 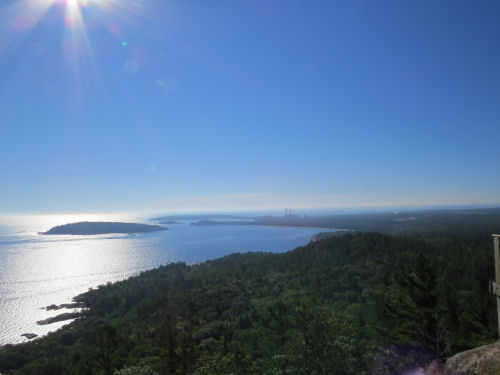 In the afternoon there was a large selection of seminars and talks, of which you could choose three. I went to one to learn about the current state of mapping the trail, and then one about Trail Towns. In the final slot, I led a panel discussion about planning a long hike on the NCT.

The evening program included the NCTA Volunteer awards, which are another important way volunteers are recognized. Here, John and Dove Day (where I went to the campfire two weekends ago) receive the Outreach Award for this year. The lady in the blue shirt is Ruth Dorrough, whom I've hiked with as often as possible. She's our current board president. She and husband, Dan, completed their End-to-end hike last year. 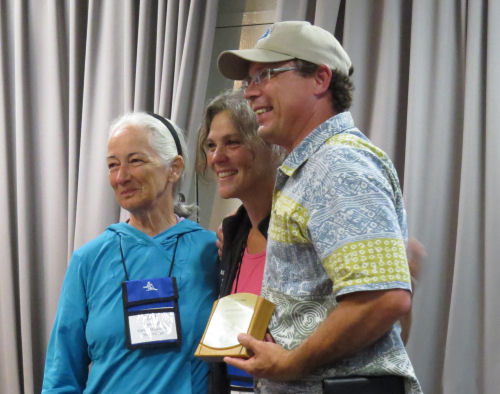 The program was about the history of how the Appalachian Trail was developed, followed by some music by the speaker and her husband. Saturday we went on a long hike again, which included Hogback Mountain. The terrain was mostly easy, along Lake Superior, except for the one steep climb up Hogback, to 360-degree views. 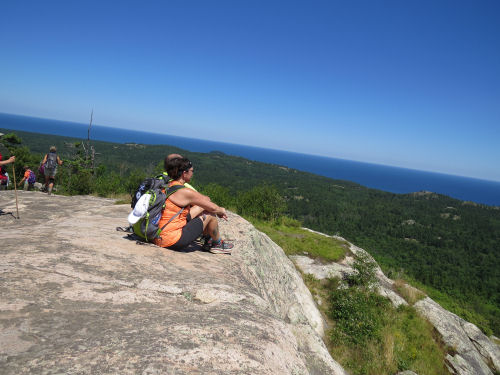 The final program was about the Iron Belle Trail. After that we had a collective bittersweet moment. Our Executive Director for the past 10 years, Bruce Matthews, retired. He's the one in the blue shirt, and he's being given recognition by Mark Weaver, our Park Service Superintendent. 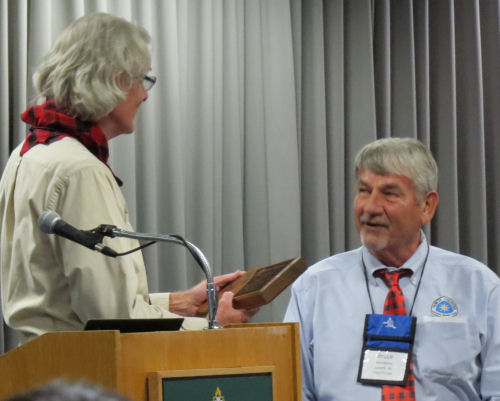 Our new ED will be Andrea Ketchmark, who will move up from the position of Director of Trail Management. We know she'll do a great job too! 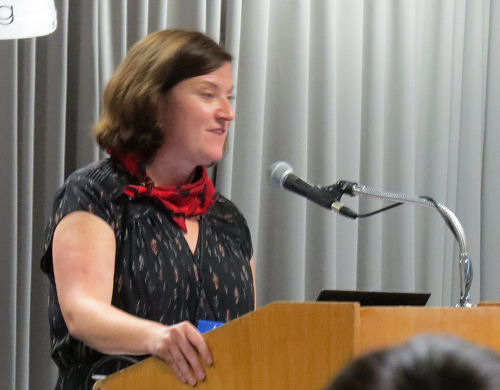 These conferences/celebrations are so important to me. This is where I get to see and interact with bunches of people who all love this same trail I do, the North Country National Scenic Trail.

Bedtime now. I have to work in the morning, and Marie heads home.

Sounds like a lot to do in one weekend. Glad you haf a good time

A very intense and inspiring few days I'm sure. Volunteers make the world go round. Thanks for all your effort.