I told you I went nuts taking pictures of plant parts. A lot of them don't have very good focus, but hopefully, I'll see those plants again. The camera often doesn't seem to want to take a picture of the thing I think is interesting.

All of these are Benzie County, Michigan.

Let's start with a tree. These are the seed pods of Ironwood or Hop-Hornbeam. This is another common name problem, since there are several trees called ironwood. This is Ostrya virginiana. It's a small tree related to birch. This one was growing right out of a sand dune! 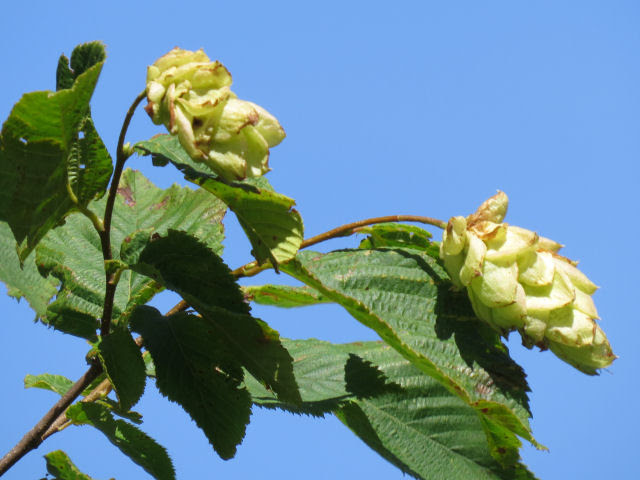 I finally definitively identified these. It's a bellwort, but it looks like it should be Perfoliate Bellwort with the stems growing through the leaves like that. But, aha! Large-flowered bellwort does that too, it's just that most of the books don't really say that. But the one named "Perfoliate" doesn't grow in Michigan. If I'm farther east, I'll need to brush up on the flower differences. Also, the plant is really droopy when it blooms with dangly yellow flowers. Took me a long time to realize it was the same plant. 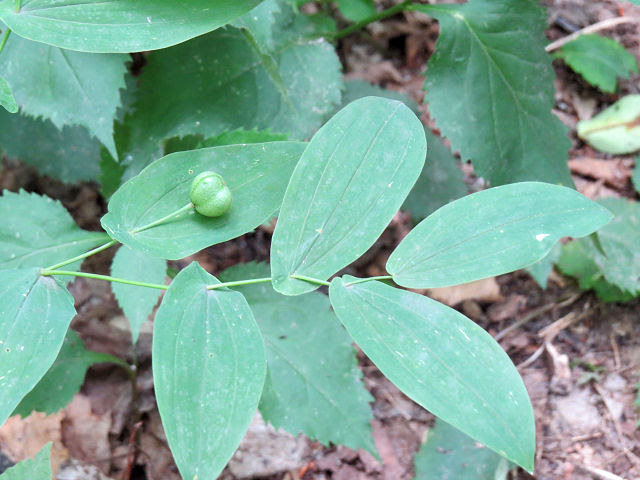 Here's a fun one where the common name makes some sense. And the seeds are much more interesting than the flowers. It's called Lopseed, Phryma leptostachya. See how the seeds are lopped over, along the stem? 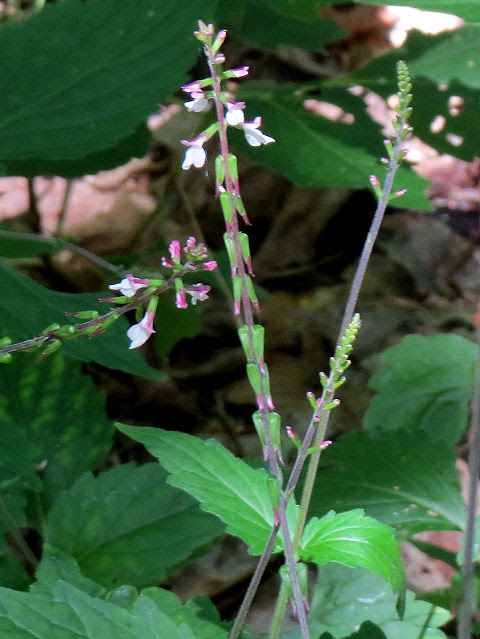 I've showed you a lot of different trilliums. This is the common white one, Trillium grandiflorum, gone to seed. 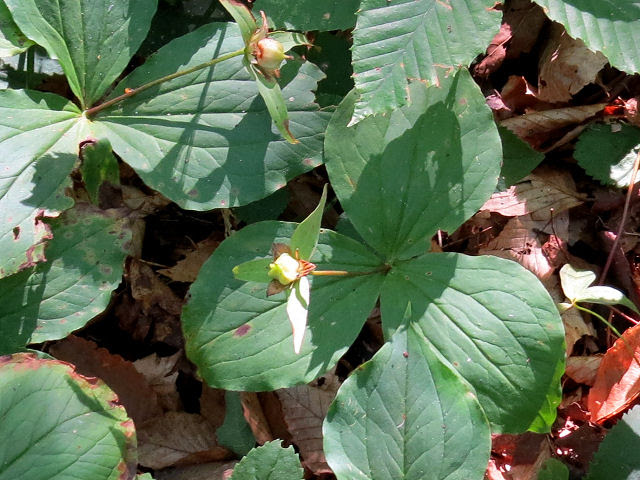 Jack-in-the-Pulpit is another popular northwoods wildflower. Here's the seed pods emerging from the sheath. The seeds will turn bright red. 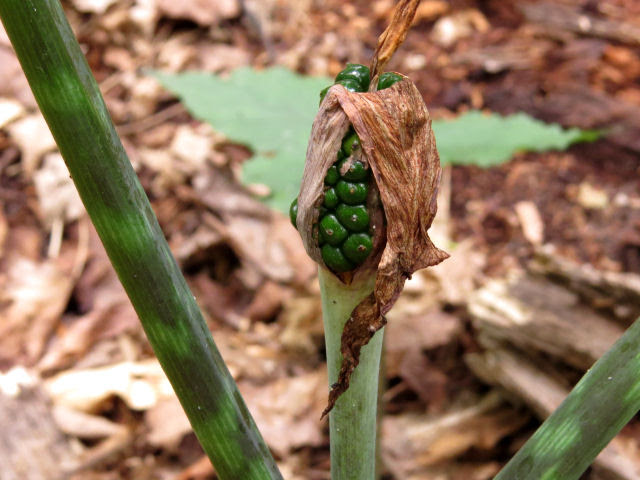 Finally, I just like these. It's Sweet Cicely, almost certainly Osmorhiza claytonii (instead of O. longistylis) because it was in a woods, not a wetland (but the differences are technical). It's one of the plants that is susceptible to powdery mildew. As a result, the seedpods get covered with a whitish bloom, and they sort of look like fireworks going off in the woods. It's really hard to get a picture of that. However, this comes close. It always makes me smile. 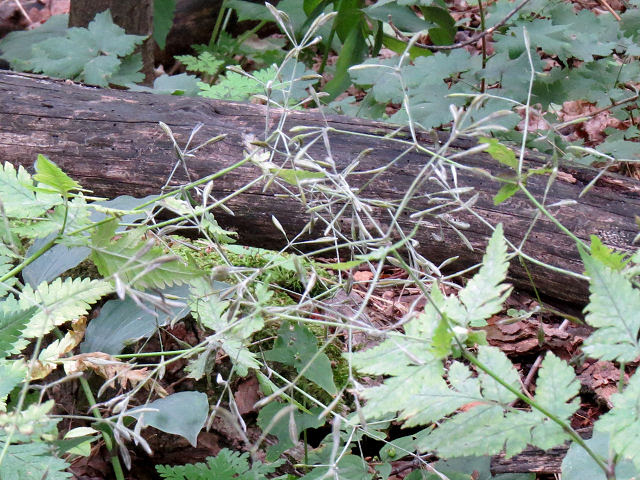 I had a tired day today. That hasn't happened in a while, but I gave myself a free pass. As much as I enjoyed the weekend, it was non-stop. Tomorrow after work, though, I have THINGS TO GET DONE.

Seed pods are a pleasure to see for me. I always like that you have some knowledge of the plants and things you show.

I learn so much here.