For someone who hates shopping, this was a stellar year of good finds. I think there were four purchases that really stand out.

These are ranked. My number one, favorite, best buy was the oscillating saw.

It cuts difficult things in difficult places. It sands nasty little things that are nearly impossible otherwise. I'm in love. That is all. 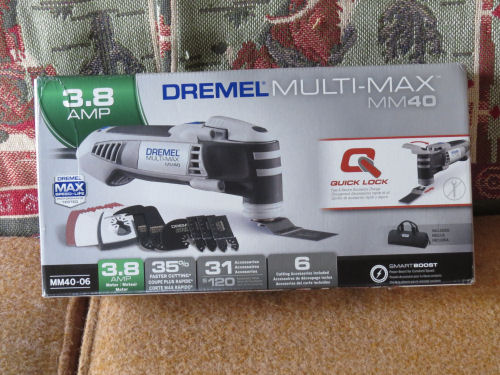 Number two. I ordered this in February of 2017, so it counts for that year. However, it was backordered, and just came this week. I'd nearly given up on it. It's called a Flex Desk. Don't get confused with the bars that extend the recliner footrest.

The legs can be adjusted all sorts of ways to make it into a surface to create a standing desk (on a tabletop), or to hold your computer in bed, or in your chair. It gets the computer off your legs or the blankets which gets some air to the computer, and is much better for your legs, too. I've got the legs set so it will snug into my lap in the recliner, where I like to work. For over a year, I've been using trays from the dehydrator to provide some air flow under the computer. That was a workable solution, but not comfortable or ideal. 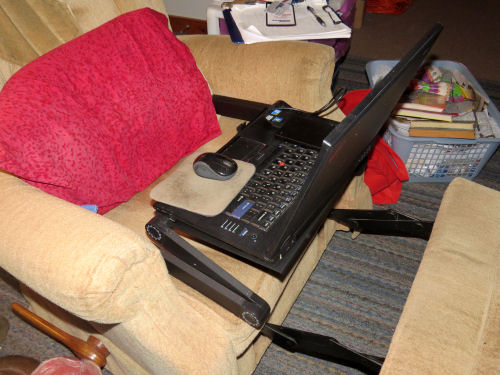 It's amazingly easy to re-set the legs to any position you want. There are little dials with the angles marked so you can be sure both sides are the same. 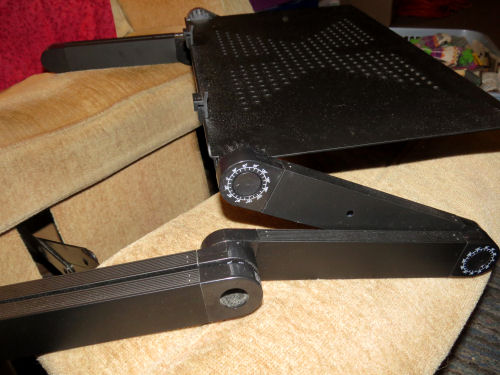 Suggestions for use on the box. 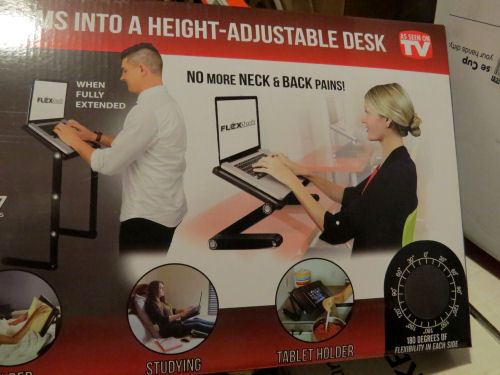 Number three. This gets bumped to third only because there were no surprises at liking it. We had one of these several years ago, but it died. For Christmas we replaced it. OK, this was a gift to me from Omer that I requested, but... that's pretty much like just buying something you want. This is the Cuisinart immersion blender.

It comes apart so you can completely submerge the blade part for cleaning. 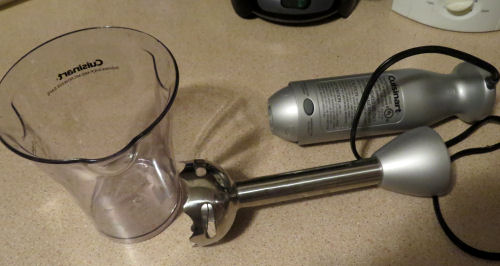 It makes smoothies, easily. There are tons of actual recipes out there, or just throw in some fruit and milk and blend. (banana-blueberry) 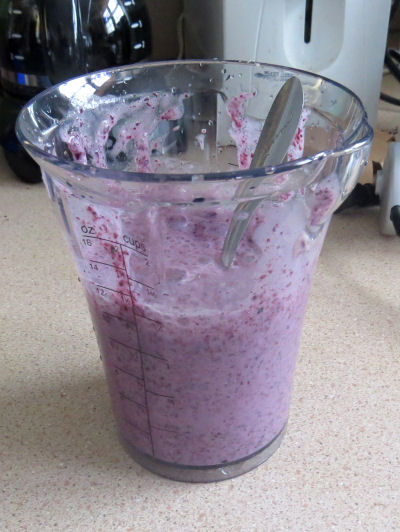 Number four. Bar Keepers Friend. Total investment: $1.99. Cleaning value: unbelievable. This is what I used on the outside of my trailer and it removed all the grime and mold and ick. See also: moldy fiberglass showers, sinks and other nasty jobs. Wearing gloves not required, but it really dries your skin if you don't. 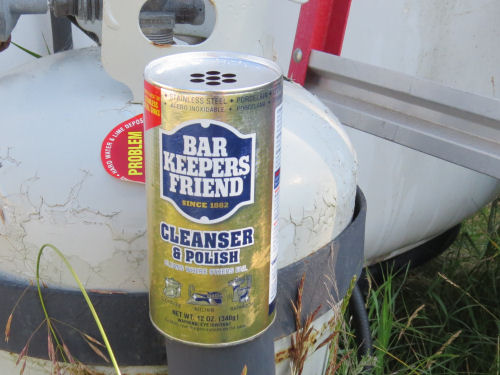 In Other News: I did a lot of book promotion stuff today that doesn't really show, but it's important. I wrote the outline for book 2 in the Dubois Files. The title will be The Hitchhiker. I wrote some of the extra material that goes in The Secret Cellar. I archived a bunch of computer files. I cleaned the bathroom (reality check there).

Seems great gadgets !! good shopping .
I am your new follower.love your interesting blog. hope you will also follow me back on G+.GFC and Bloglovin. please visit my blog.
https://clickbystyle.blogspot.in/

I like the desk thing. I've always hated sitting on the couch with the laptop in my lap..

hello sharkbytes its dennis the vizsla dog hay my dada luvs that bkf stuf he sez it is the only thing he yoozes on his stainless steel pans!!! however i hav seen him yoozing a brillo pad now and then wen their haz ben wot he kalls an insident!!! ha ha ok bye

My mother-in-law got me hooked on BarKeepers Friend years ago. It's amazing what it cleans!