Fix-it Day at Work (Sort of)


We had a repairman with us at work all day. First he got the front station on the inserter working, which has been non-functional for two weeks. No picture of that.

Next he replaced this belt that was really torn up. It's just spread out on the floor here, to measure for the new piece, but you can see it was completely split up the middle. 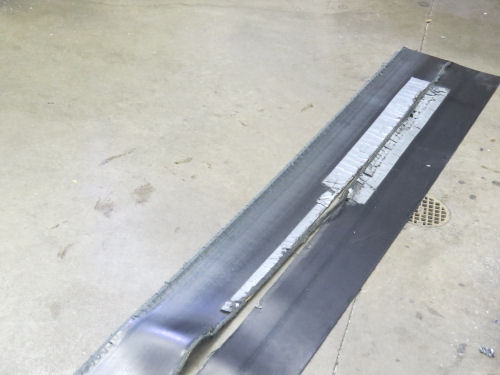 It's part of the belt system that carries papers up the wall. Here's where it came off of. It goes around those exposed rollers. 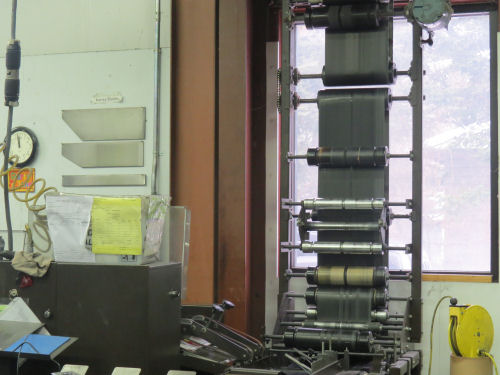 He was going to also replace the belt that carries papers from my station out the window, but that didn't happen for some reason.

He was also going to hook up our new to us (refurbished) stacker. 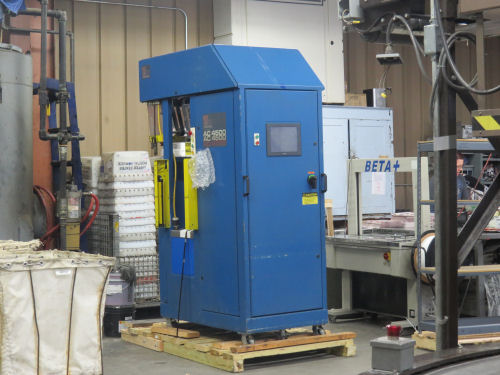 Guess again. Now we have to have an electrician come before that can be accomplished, and we have a large inanimate object to work around for another unknown length of time.

The strapper didn't heal itself in my absence either, so we have to do the little dance with the strap reel for who knows how long. That's making my hip ache. We've looked at the manual and on line, and can't even actually figure out what part is causing the problem. Clearly not the part that's listed in the troubleshooting guide. If we take it apart now, before the current reel of strap is used up, that will all be trash because they just come unwound if you take them off, mid-reel. So, I'm sure we won't even look at it till it's empty.

And there is still no heat at work. Only in our room... We are special.

And there is still no water here. I thought the heater I bought was defective. I could not get it to turn on in the well pit this morning even though the little light said it was getting power. So I took it to work and it was fine (although it couldn't make a dent in heating our huge room). Brought it back and it still wouldn't work in the well pit. What the heck, right?

Took it to the house, and it's fine. I finally figured out that the sensor to turn it off if it tips is REALLY sensitive. I'll have to go back down in the pit with a board and a level because there is only has a dirt floor, which that clever animal has dug up. What fun. I should do that before I go to work in the morning. We'll see.

I went out to catch you another sunset because color is GOOD!

I also caught the red-tail hawk. Not a great pic, but I'll take it. S/he always makes me smile. 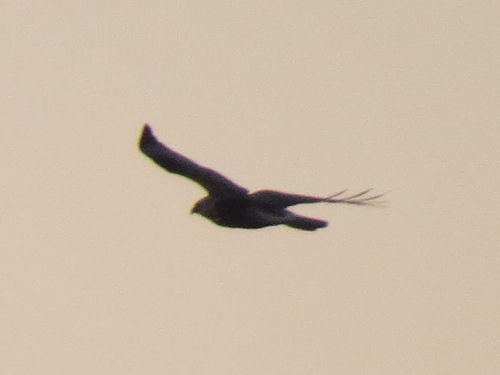 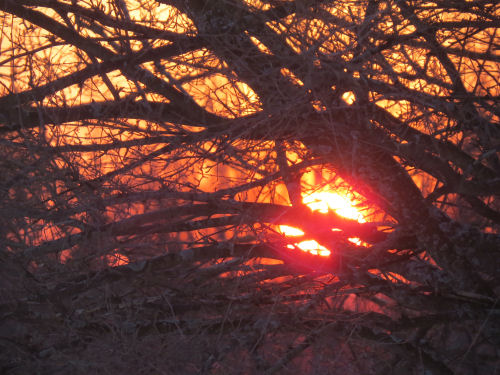 Bed soon. We hand-stuffed papers for hours today because we couldn't run the machines while the guy was working on them. I'm bushed.

With all those problems going on at work it sounds like it makes for an exhausting day.

Days like that make for good sleep . . . unless you're too tired and sore. I'd consider bypassing that safety cut-off.