Today's weather was about as perfect as it gets, and Marie and I went to two other rocky places here in the Hocking Hills. I'd seen the first one long ago. It was as spectacular as ever. It's called Rock House, and is one of the many hanging wall caves in the area except that it has columns which remain at the front. Here's the access. 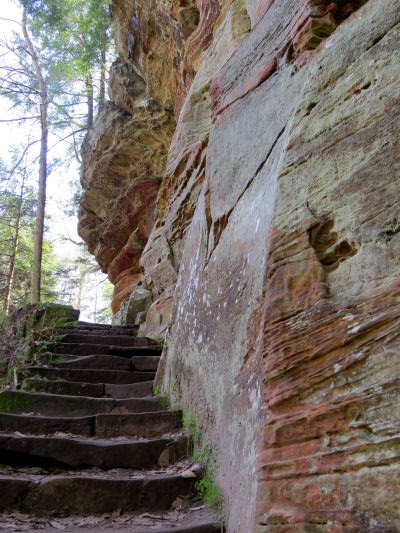 I'll show you two views of the inside. First is with the light on the rocks. The tunnel you're looking down is parallel to the face of the cave. 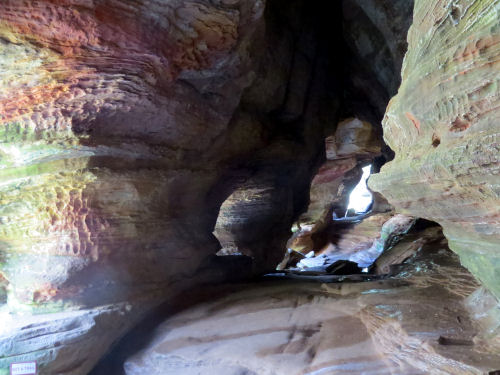 In this one, the picture shows better how the light comes in through the portals. You can see a few people standing in there for scale. 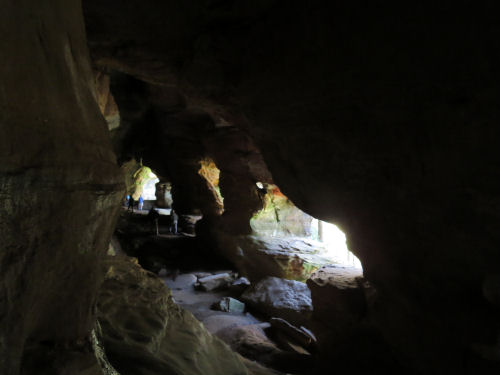 It's been a popular spot for a long time. Native Americans used it, and as much as I don't like all the graffiti, the soft sandstone has been irresistible to lovers and ego-trippers. Here's the earliest date that I found that I was sure I was reading correctly, 1857. 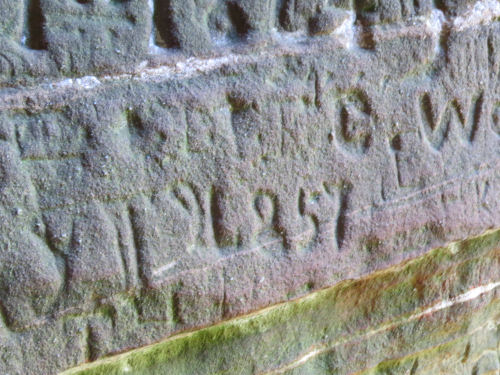 Then we drove a few miles to Conkle's Hollow Nature Preserve. First we walked the gorge trail to the waterfall. The picture doesn't do it justice. We could walk right up under the falls which came from much higher than the free-fall at the end. The colors in the rock walls and the play of light was awesome. 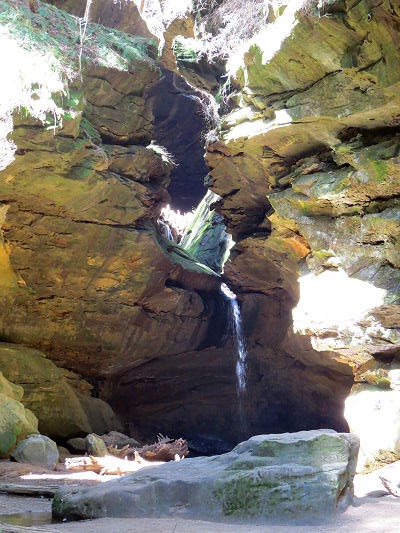 After that we walked the Rim Trail, which stayed above the gorge beyond the head of the waterfall and back. One of the neatest sights there were these rocky outcroppings from the treeline. It was a lot like hiking in the Trap Hills of Michigan. We looked ahead to this vista point. 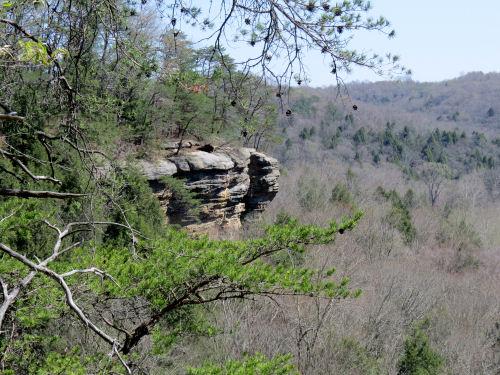 When we got there we looked back and saw where I'd taken the previous picture from. 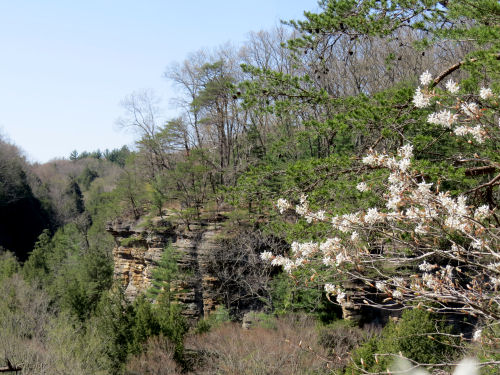 Of course, we went and found ice cream after our hikes.

We are seeing plants and birds and interesting things to share by subject later. Neat trip!

Both places look fascinating. I love the pastel coloring on the rocks in the second photo.