Just a couple of pictures tonight. We are getting sorted out and I have to write my newspaper column yet. The joint Buckeye TrailFest and North Country Trail Celebration began Wednesday night and ended today, at Camp Oty'Okwa near Logan, Ohio.

Some of the treats were Buckeye State cookies with a blue blaze. Perfect. 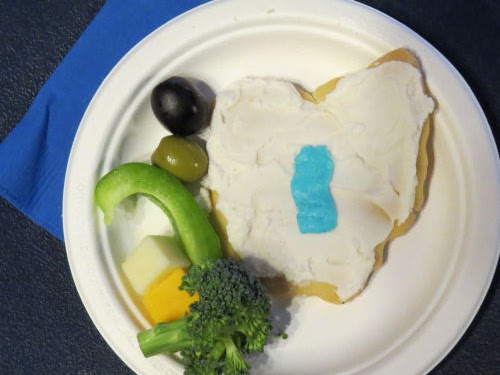 The camp is owned by Boys and Girls Club, and is a really nice facility. This is the Activity Hall. 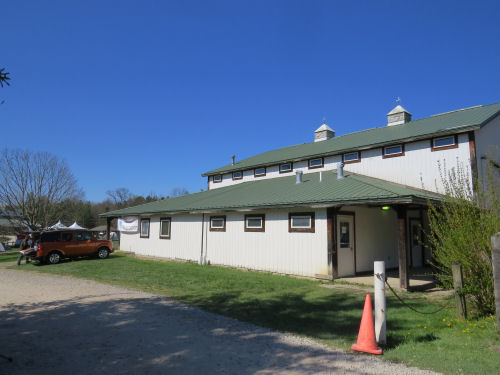 In the dining hall there's a beautiful double-sided fireplace. The speaker is our National Park Service Superintendent, Mark Weaver, explaining something. 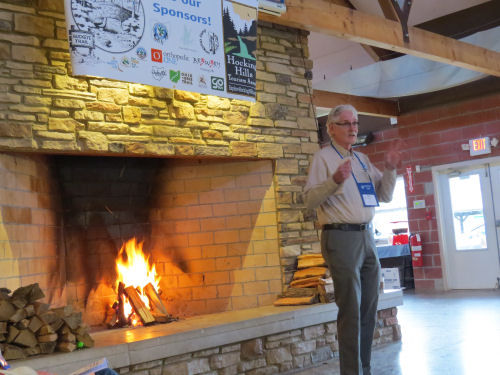 One afternoon we had a gear demonstration by a representative from Backpacker Magazine. He was a good guy and interacted with us all weekend. 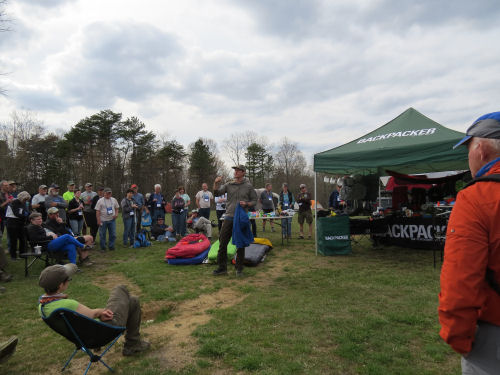 Marie and I camped for the duration of the conference, but had decided to get a motel for tonight. However, when we asked the camp director where we might find a nearby motel that wasn't a big chain, he said we could stay in one of their cabins (until Wednesday) for a very reasonable price- only four dollars more than camping at the state park! Well. We are not stupid. We have heat (freezing nights here), shower, hot and cold running water, a kitchen, bathroom, and internet.

Gotta stop now and write, but I have lots of neat stuff to share.

Sounds like it was a good event all around.