Comstock and Bailiwick- Setting the Stage

Today, I'll return to the "mystery" posts and link Anna Botsford Comstock and Liberty Hyde Bailey. Both were committed to seeing young people learn about nature, and in 1927, a property was purchased on the shores of Cayuga Lake in New York state. Two camps were created for Girl Scouts. The southernmost section was named Bailiwick while the northern portion became Camp Comstock. Bailiwick is a play on the name Bailey, since a bailiwick has come to mean an area under the influence of a particular person. It was originally a political division like a county or township. Now we might say, "That's his bailiwick."

One thing I am truly grateful for is that this camp has not been sold, as so many have. Things have changed, but it still serves as Comstock Adventure Center, providing Girl Scout and family camping and activities.

I don't really know the early history-- how the properties were first used as camp facilities. However, my own life became intertwined with this camp as early as 1952. So I will tell you what it was like at that time.

First, let's get located. Cayuga Lake is one of the Finger Lakes in New York. It's the second largest. Seneca is a tiny bit deeper and longer. But they are both deep and long. Think 40 miles long and 435-618 feet deep. They are glacial valleys. This means the water is pretty cold all year, and they can generate some pretty good storms and currents.

I took Google Satellite view and overlaid a camp map on it. Magenta lines, the highway and the lake are the camp boundaries Then I just popped in some numbers we'll refer to later. 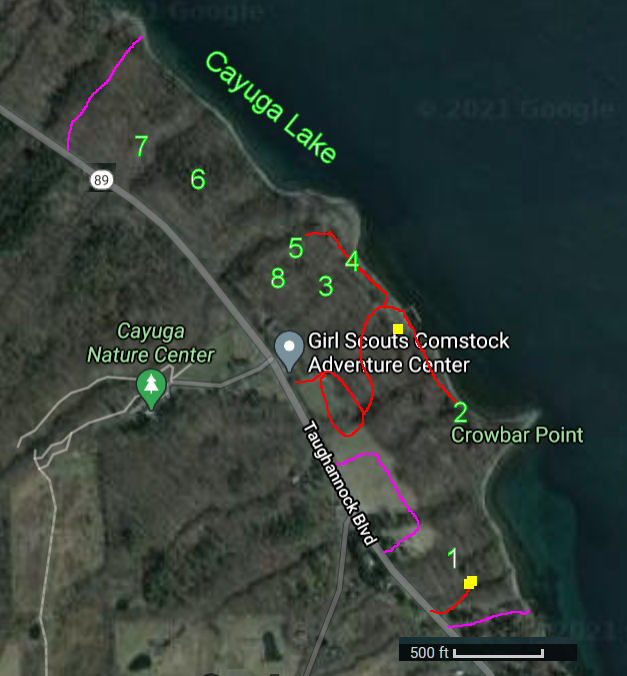 This looks pretty straightforward, but since many of you aren't familiar with this area of the country, let's add some elevation. This is also from Google. Note that from the highway (Rt 89) down to the lake is only 500 linear feet-- about a tenth of a mile. However, there is a drop of 100 feet in elevation. 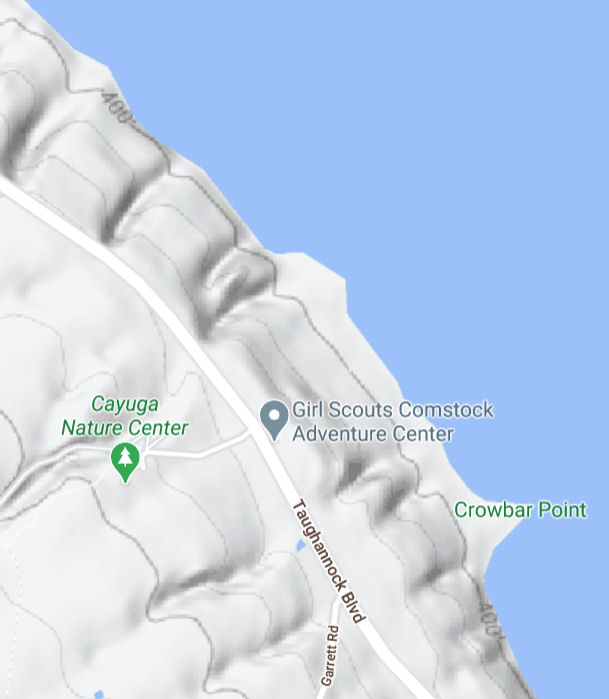 The red lines are the roads as they existed during "my" time period. I do not believe there are any additional roads that have been added. In fact, I visited there a few year ago, and you could no longer drive to point 5. The drive down is seriously steep. You can not drive to the lakefront from the Bailiwick side.

From 1952 to 1967, these camps were a significant influencing feature of my life.

This is the lodge at Bailiwick (picture taken from the current camp brochure). This is at the southern yellow square on the map. 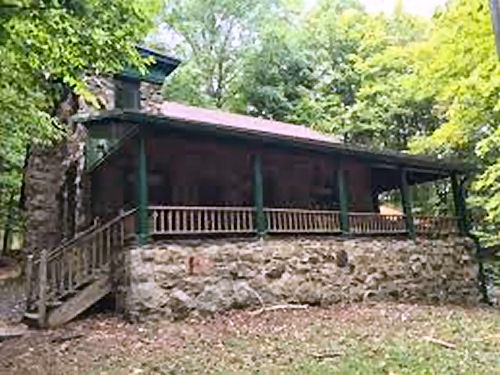 And this is the main Comstock Lodge (picture also from the brochure, but you'll see some better ones), the northern yellow square on the map. Obviously, these two buildings are the historic structures that define the camps. 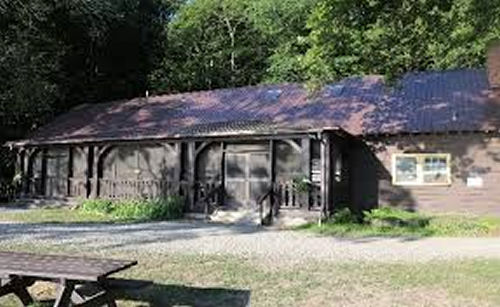 Tonight, I'll just list what the numbers stand for, and we'll get to what they mean to me in the next installment.

Stay tuned for some memories and mostly poor pictures taken by an active kid (me) with a Brownie camera.

In other news: I painted for 4 hours, had the tax appointment, and crashed. I'm having a really tired day.

Look forward to hearing more about this

Lulu: "Dada says he loves the look of those old camps, and that he's quite familiar with those steep-sided Finger Lakes!"

Ann- thanks- it makes me smile to know that you are interested.

Lulu- Your Dada and I have a number of places from our pasts in common.