Cathy and I did the Bowman Lake loop this morning, and managed to put a slightly different twist on it. We parked at the north end and walked south first. We took the NCT side of the loop first. This loop is one of my favorite hikes, and I last did it with Loren, three months ago. 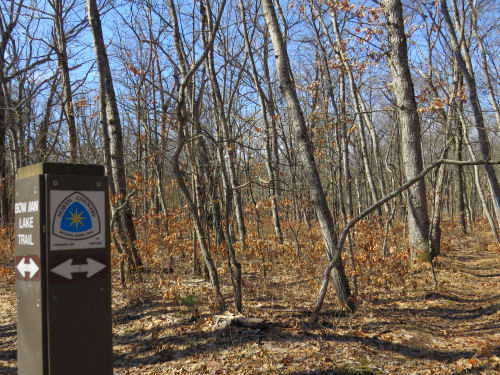 Then it was halfway when we got to the lake, so we sat on the bench there to eat our snack. Still mostly frozen. There were campers there. They said it had been quite cold in the night. Cathy said it was 16 degrees at her house when she got up. But it was above freezing by the time we made it to the lake. 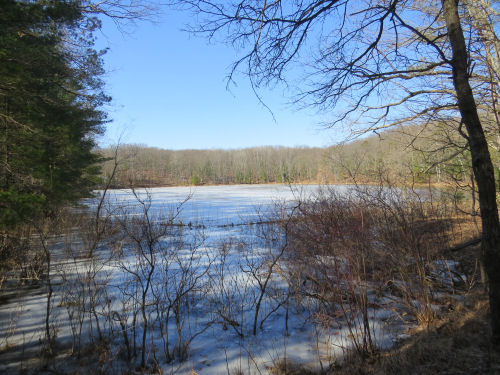 Then we headed up the west side of the loop, where it goes through this blowout area, sculpted by the wind. 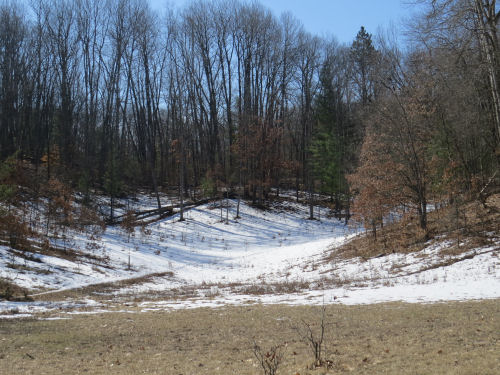 We found a nice patch of Northern Ground Cedar. I'm trying to separate these clubmosses (formerly all called Lycopodium) in my head. I'm quite sure that's whet this is despite the fact that it didn't have any strobili (the stalks with the spores), or annual growth constrictions. It's no big deal that there were no strobili- that's not unusual, but it would have helped me nail down the ID. However, I'm confuzzled by no constrictions, because that's supposed to be quite distinguishing. However, the shape of the stems is correct, so I'm confident in my ID. New taxonomic name is Diphasiastrum complanatum. 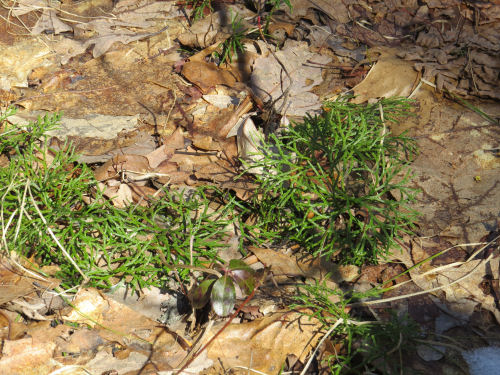 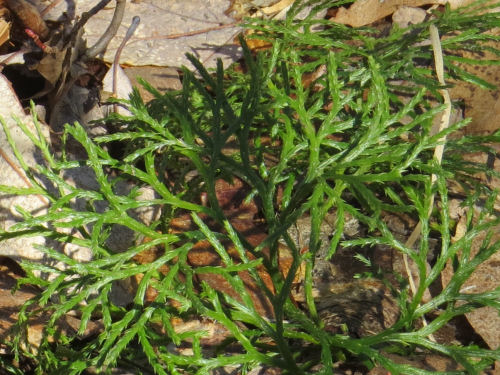 My favorite picture of the day is thin overnight ice in an area of the lake that had previously thawed. 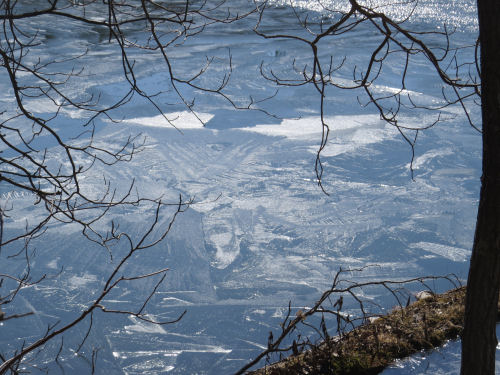 We ran into a group of young people out hiking, and one of them took our picture so no distorted selfie today! 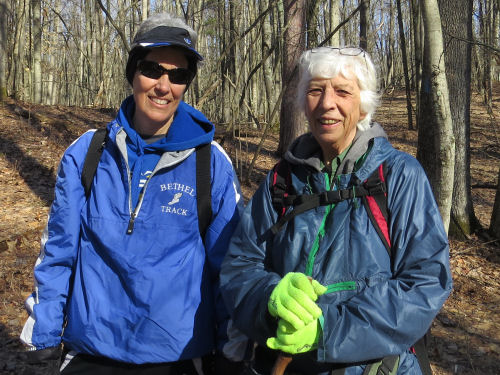 Loop total is 6 miles, but only half of those are North Country Trail. There was still snow in some places, but most of the walking was bare ground. Our knees, ankles, and hips are grateful. 46 degrees when we finished!

In other news: I finished the marketing sell sheets for the Anastasia Raven mystery series. Other than that, I chilled and read a book.

Lulu: "It seems a little chilly to be camping! At least for those who don't have a nice thick coat of fur!"

I like the shot of the ice. I could handle the hiking in the cold but I'm not so sure I would have wanted to do the camping like those people were.