There is something about this historic dam that is really appealing. Yesterday, I learned a bit more about the actual history of Croton Dam. It began producing electricity in 1907, and it was the first hyrdo-power facility in the world to supply transmission lines of 110,000 volts. It became an international attraction. It's now listed in the National Register of Historic Places. 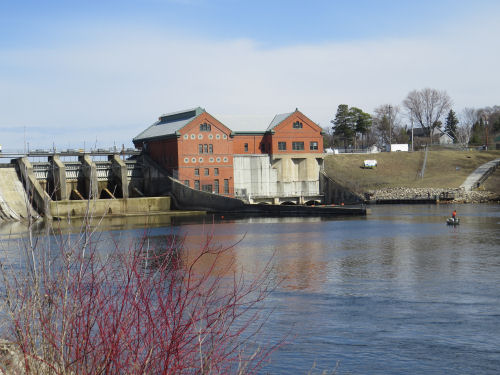 It's located on the Muskegon River. The impounded water is simply called Croton Pond, or Croton Dam Pond (similar to the name of Hodenpyl Dam Pond which pops into my blog fairly often). It was named for the Village of Croton, which is just a mile east of the dam. However, part of the original village was flooded when the dam began operating. The name, Croton, was taken from a river, village, and dam in New York state, on the Hudson, but I could not quickly find where the word itself comes from.

This picture was on one of their display boards- a nice aerial view of the pond above the dam, and a bit of the river, below. 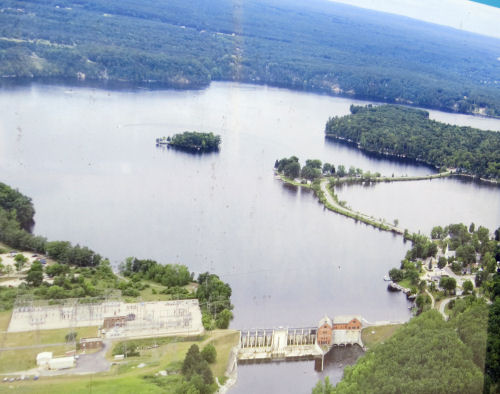 It's now operated by Consumers Energy, and produces 8,850 kilowatts of electricity. During regular operation, one person can run the entire system!

Here's a picture of the east side of the dam structure. I'd never been in this location- to see this view before. 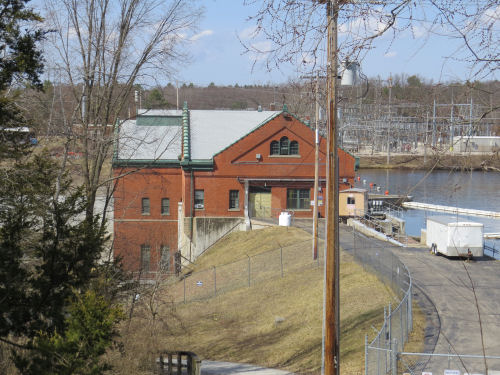 Here's another bombshell bit of knowledge. The first public demonstration of the generation of electricity in the US by water power happened in Grand Rapids, Michigan, not far from here! That was in 1880. We all know how quickly that technology caught on. Dams sprang up all over, and this one was first operated by the same company as the Grand Rapids hydro power plant.

This picture was also on one of the interpretive panels. This is the dam still under construction. You can see the bays for the four turbines, and in the first picture you can just see the curved tops of those same structures. 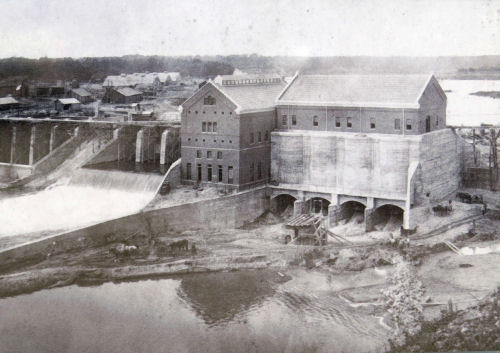 One of the great things about these impoundments owned by Consumers Energy is that they are committed to providing recreational opportunities along the waterfronts. There are campgrounds, fishing locations, boat launches, etc, and trails other than the North Country Trail. I hope to check out some of those, one of these days. I did hike part of a short one at Hardy Dam (just upstream) a few years ago. There is even a trail that connects the two properties, and a 47-mile loop trail is being built around Hardy Dam Pond. Some portions are already open.

I got one picture of the impoundment. The dam is just out of the frame on the left side. You can see the green historical monument, and the side picture was taken just below that. 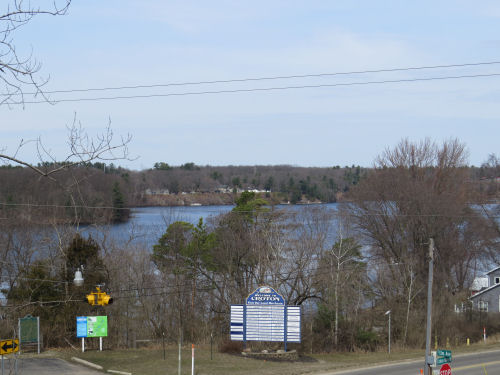 So that's our history lesson for the day, boys and girls!

In other news: It's all other news. I worked really, really hard to get some serious house-straightening done, and to finish the current portion of the editing project I've been working on. Missions accomplished! Well, the house is never going to be all clean, but I did a whole lot. Now I get to watch a DVD or read.

Interesting history on the dam.
Housecleaning is one of those things that never seems to end. I figure it's clean enough if I can live with it.

Ann- Om is coming home from a trip tomorrow. I needed to get it a tiny bit cleaner!