Have you noticed that Mom hasn't let me tell you anything at all for a long time? Well, today I sniffed out some really important things for you. 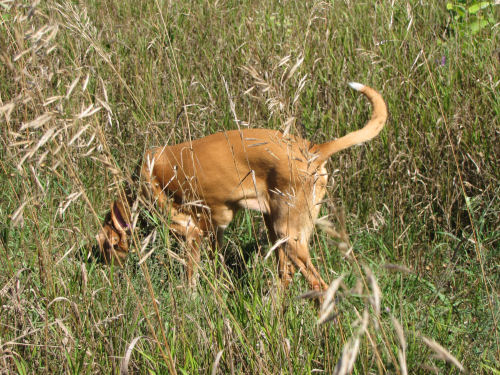 What's so important? More orange! After all, I'm an orange dog. Yesterday she showed you an orange butterfly. That was a good start, but not nearly enough, don't you think? 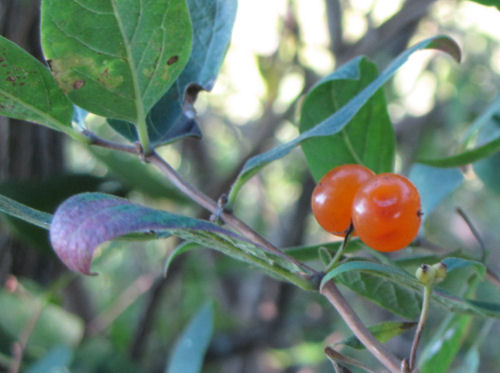 How about these beauties? Mom isn't impressed. She says it's just one of the colors of berries on the Tatarian Honeysuckle. According to her it's an alien, worthless bush. Usually the berries are red, but some bushes have orange. The birds like to eat them, I don't know why mom doesn't. I haven't tried them. I don't eat berries. [mom says, "they're bitter"] 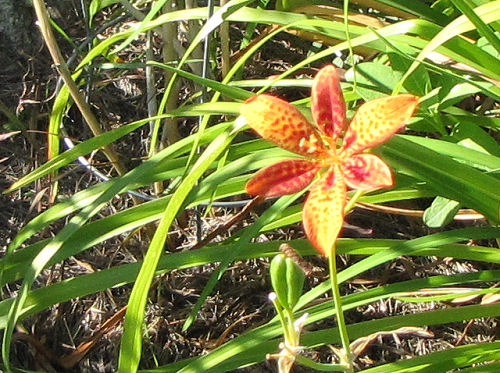 She seems happier about this flower. It's a blackberry lily, but she says it's neither a blackberry or a lily. Huh? Well, it's orange, so who cares.

I knew all along it was MY day. The sunset even agreed to be orange. Hope your day was orange, too! 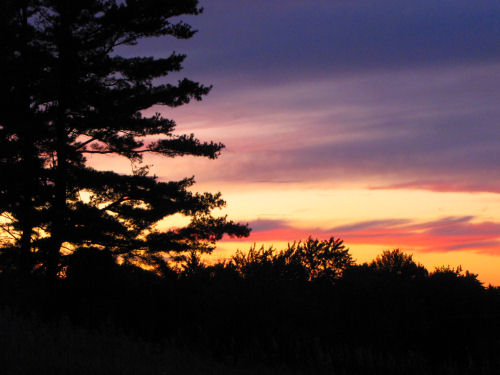 Every time I saw Maggie here, it made me want to get the much wanted lab I want to have but our location right now doesn't give us the chance to do it.

Yes, this is one of my favorite blogs to visit! I didn't realize who I was speaking to :) Thank you for directing me! Have a wonderful day and thanks again for the kind words regarding the new blog layout!

It's a wonderful orange post Maggie. So glad to see you today. What a wonderful array of orange you brought us

You dad great finding so much more orange! I especially like the orange in the sky in that last picture!

I got to try an agility course--hope you come watch my video!

You picked some mighty fine photos to share with us, Maggie! Thank you. Love the lilly.

oh, so beautiful especially the blackberry lily and sky. our sky today is not as orange as yours, but did enjoy the day still.

borris- hopefully you can do so one of these days. Maggie is only half lab though.

Colleen- and thanks for the directions for 3 columns. I have another blog I want to try it on.

Ann- I will like your orange halloween flowers. Maggie

Abby- I think you are smarter than I am! Maggie

Chuck- I AM a good girl. Mom even says so. Maggie

Casey- I see you took another hike. Hope Tanner got to go.

betchai- The lilies are so delicate. I wish I could get a bunch of them to grow together to make a better display. But for now I'm just happy they are alive.

Maggie, you're a wonderful girl and I loved your orange post. The sunset was my favorite part of all ( of course, I'm a fanatic about sunset..and sunrises, too ), especially if they are over an ocean.