Christmas in the Carhartts


OK, I didn't spend all day in them, but more than I had planned on!

First things first- the tree did get in the Christmas spirit. 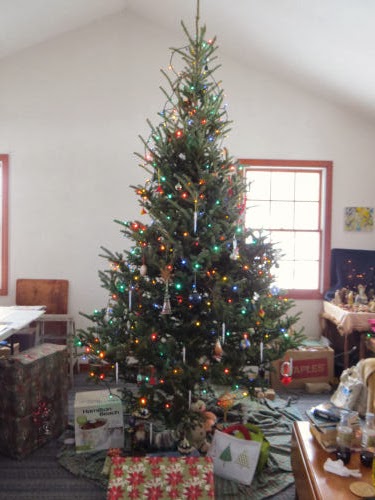 But then Josh called and his car wouldn't start, so I needed to go pick him up. But guess what? We got 8 more inches of snow overnight, so I had to do the driveway first. 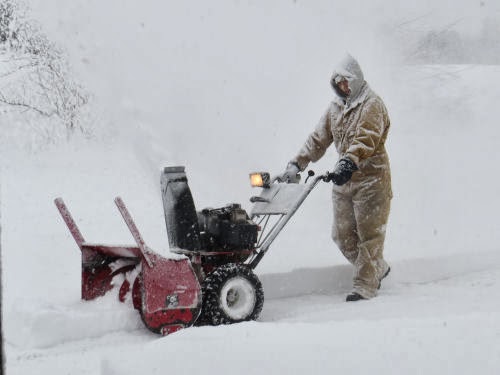 Then Steve called, so we talked on the phone for a while, but he has the flu, so he didn't feel like talking too long. He sounded awful, poor guy.

Meanwhile, the dough for the rolls reached the point where it had to be shaped, so then I switched to cooking in the Carhartts. 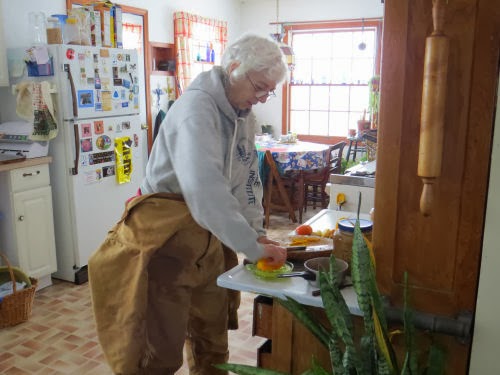 If only I'd remembered to empty the compost buckets when I still had them (the Carhartts, not the buckets) on... O well. I did remember to go get Josh!

I have to show you the veggie tray. That "thing" in the middle is a fancy kale. Isn't it just beautiful? And it will become a yummy soup in a few days, methinks. 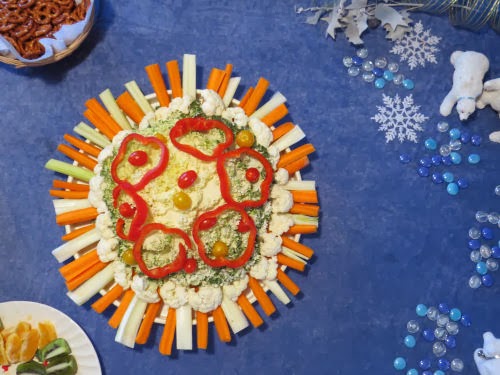 The orange rolls is a recipe I fix on Christmas every few years. I'd forgotten just how yummy they are. Well, we gobbled them up! 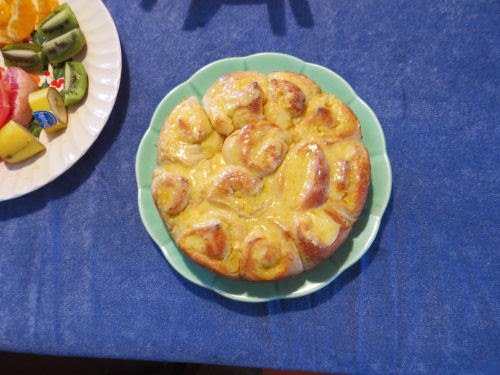 We had fancy sandwich meats and cheese, and some crackers and the veggies. It made a wonderful Christmas meal. Everyone ate when they wanted to, and a lot of those foods are treats for us, so it felt special. Om and Josh agreed. I finished all my paperwork, and it was a nice relaxing day. Hope yours was good too!

You look so good in those overalls! Thanks for visiting so regularly.

Magnificent tree. But I almost lost interest at "snow." ;-)

Your tree turned out beautifully! The snacks look yummy, but I know the rolls were the best!

Merry Christmas. Sounds like you had a great day...

Wonderful photos, Family Christmas' are truly Blessed. Merry Christmas to you all :)

Well you certainly had a white Christmas, we had snow but not that much.
We did the same thing with a platter of lunch meats and fix yourself something when you're hungry. I liked it better than the traditional full meal.

We like staying home on Christmas and avoiding all the rushing and crowds. I like to stay home, just the 4 of us--sounds like you do too.

Can't believe how much snow you got!

Stew- why thank you... they are an expression of my great fashion sense

vanilla- glad you "stuck" around anyway

Loretta- they really were good!

Carol- same to you

rainfield- to you too, but I'm thinking you didn't have snow ;-)

Lin- It's strange now that Steve hasn't been home for several years. Josh is too antsy to enjoy just chilling out, but I was determined to just be calm.