We're having a genuine blizzard here. The stuff you don't want to hear about includes being on day 3 with no water, and now I got Om's car stuck sideways in the driveway so we are waiting for the tow truck, so I'm not going to work unless they show up, but the county has pulled in the plows and there are reports of tow trucks being stuck, so...

I'm pretty sure you don't want to see more pictures of snow. Can't say as I'm even interested today. How about a nice flower from last spring? I'm sorting hike pictures from New York and getting psyched out about the coming Finger Lakes Trail hike.

This is Allegheny foamflower. It's in the Saxifrage family, oddly enough. Saxifrages usually have a basal rosette of leaves and the flowers are clustered loosely on a slender stem. It can fill entire valleys making them look... no surprise... foamy. It likes damp, rich soil, so you may see it in muddy areas along streams 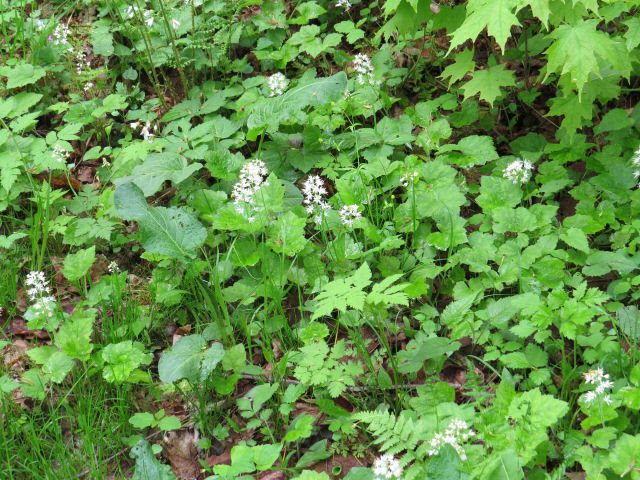 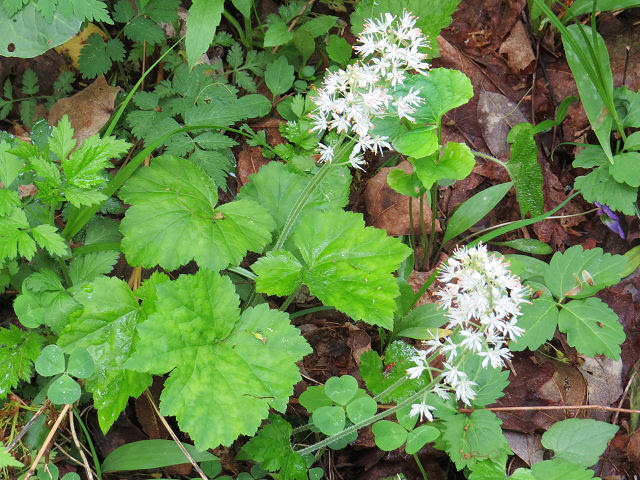 It's also called false miterwort, because it is similar to true miterwort, but the flowers don't look anything alike if you look at them. these have five petals and very long stamens. Somewhere I have pictures of the miterwort, and if I come across them I'll show you. 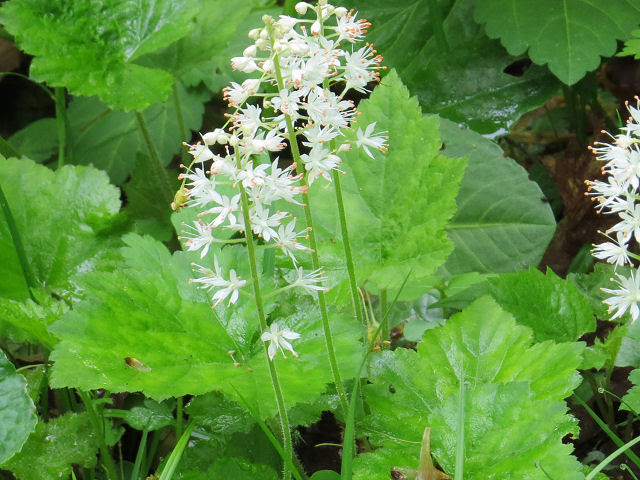 Posted by Sharkbytes at 9:13 PM

I've been lucky so far not to get all the snow everyone else is getting, but I like seeing the green after all the brown and gray around here.

I like the colourful world over here in Malaysia.

We have been having it quite mild, just one bad thunderstorm with hailstones like marbles, put a good layer down - it was gone 24 hours later.

Right now we just have the very cold temperatures and very windy. The spring pictures are a nice break from my winter doldrums

Thanks for posting those pictures. It does help to look at something other than snow. Looks like more is on the way. And the beat goes on . . .

to answer your question about my snowman, he's not a jar lid but he is sitting on top of a jar in the picture

to answer your question about my snowman, he's not a jar lid but he is sitting on top of a jar in the picture

It snowed here today, though not too badly. I would not be able to survive without water.

What a pretty little flower...a nice change from snow, I'm sure. You must have thousands of pictures filed away.