The Cute and the Sad


More pix from yesterday. These were taken on a bush near someone's bird feeder. There were quite a few adorable little chickadees. 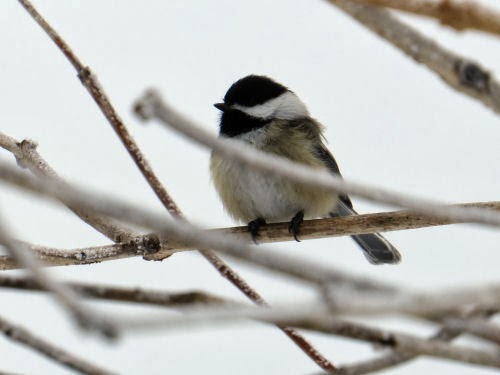 But as I was trying to catch focused pictures of chickadees, I realized there was sadness in that same bush. The cold weather had claimed two blue jays. 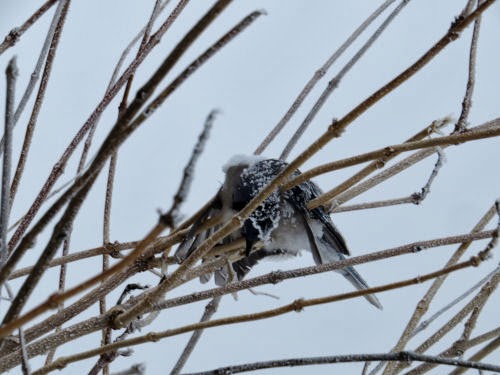 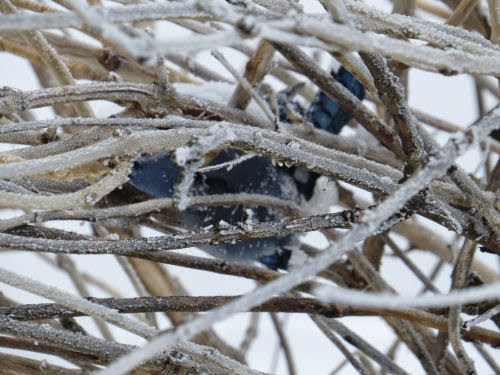 There were evergreens around the edge of the lawn. You have to wonder why the jays were out in this relatively open space instead of sheltered. Did they get so hungry they risked going to the feeder and then couldn't make it back to the trees? Why two? Were they a couple?

The chickadees paid no attention to the bodies at all. Are they even aware there were dead birds in the bush?

That is sad...strange too that they did not stay where they had shelter. Wonder if they just got really wet and the water froze enough to hamper their ability to fly. One of my Jays was loudly letting me know today that I needed to put out some seed....at least his body language seemed to be saying that as he was squawking loudly.

aw that is sad. I like the picture of the chickadee

Yes. That is sad. Interesting that the other birds didn't seem phased by death. Wonder if some other wildlife will come along and remove them to their larders.

hello sharkbytes its dennis the vizsla dog hay that is verry sad to see those frozen klumps of fethers it is kind of like the klimers hoo freeze on mownt everest i gess eksept the klimers chose to be up on the mowntin and the poor birds hav no choise ware they liv!!! i am glad things are warming up tho!!! ok bye

Aw, gees. That is a sad find. Every life...no matter how small matters. I am always sad when I find something dead.

I think that cold got the best of any man, beast or machine that was the least bit weak.