Story By the Numbers- Effusia and the Magic Curlique Moon


"If you dip it into the sea, by the light of the first sliver of moon in the first month of the summer of the very first year after it is purchased, you will see why it is desirable."

Effusia though about this all the way home with her package of straight brown grass safely tucked into her backpack. "But I don't live near the sea," she thought. "And apparently I have only one chance to make the magic work. I know what I'll do."

Oh dear, I forgot to tell you one thing about Effusia's house. It was only four inches tall and made of plastic. Effusia was no stranger to certain kinds of magic, which was why she was almost willing to believe the merchant.

So when she returned home from her quest, she simply picked up her house and carried it to the sea. She placed her house beside the water, where the last stretches of the tide would reach. "Now that's what a good foundation is for," she proclaimed wisely. Then she sat down to wait for summer. In the first month of summer, on the first night after the new moon, she planted her grass in the shallow water beside her little white house. Then she worked her own magic and popped into the house and went to bed. 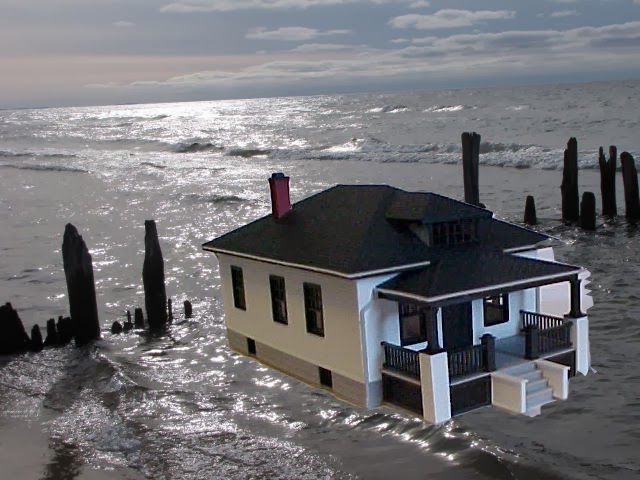 A tiny silver, sliver of a moon, half a curlique of a moon, rose slowly over the water. But Effusia was asleep.

In the morning the moon had gone to bed, but Effusia awoke and rushed out the door to see what might have happened overnight. And this is what she found. Her straight brown grass had twined and vined and corkscrewed itself into the sand and created a yard filled with tunnels and curls and all manner of curious passageways. 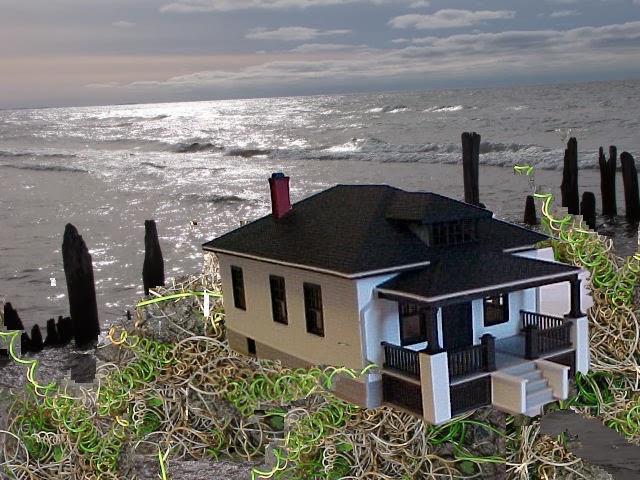 "Most satisfactory," Effusia declared. "Now I can have another cup of tea." And that is just what she did.

Well, what can I say?

Very creative, fanciful and completely entertaining. Nice story to go with the pix.

an entertaining story for sure. I like that little house, wish I could hang a swing on that big front porch and watch the sea from there

Delightful tale. You are a master story teller.