Tonight was the combined Christmas concert with the West Shore Choir and the United Methodist Handbell Choir. Except this year, I was a participant!

The church is beautiful with great acoustics. 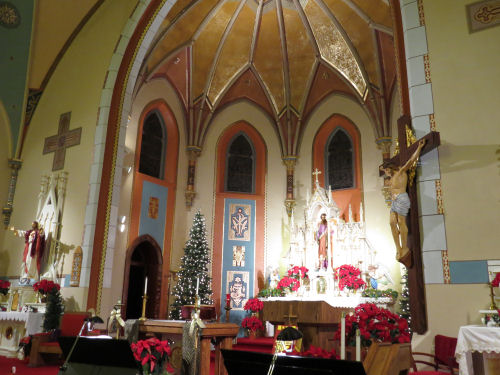 The handbells performed in front. Lots of work to haul all that stuff around, but we got it sorted and set up. 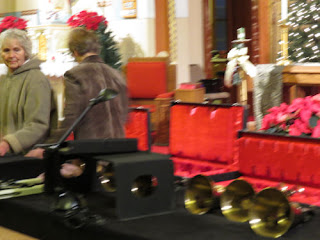 The choir sings from the loft in the back. If these pictures look disorganized, they were taken before things really started, just warming up. 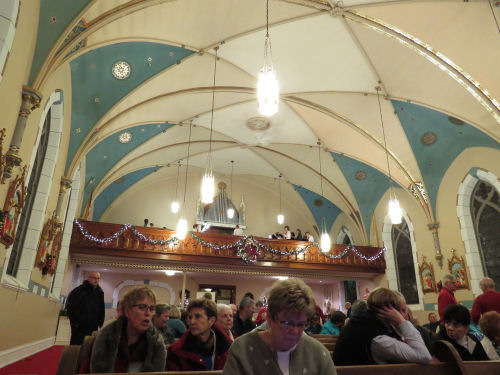 Once things began, I only got one picture, of a solo harpist. She's only 16, but played very well. 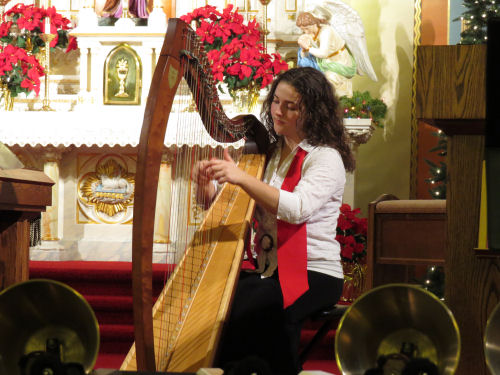 I recorded a couple of songs on audio only with my camera sitting on the pew. They are pretty good, thanks to the good acoustics there. Maybe I can get them edited and post another day. There are some videos on Facebook already, but the recordings don't pick up the lower sounds very well.

Best one can be seen at John Reed's videos

What a pretty church. I bet the music sounded heavenly

That would have been very nice.