Other Goodies on the Hike

One of the neatest things is that a large interpretive panel has been added to that section by the Forest Service. It seems that the ancient shore of a pre-Great Lakes lake used to be almost that far inland (about 20 miles). It's pretty difficult to take a picture that really shows the landform, but this was the best I could do.

The hill slopes off gently to the west. I took this picture looking east and you can almost see that there is a much steeper drop at the eastern edge of the hill. 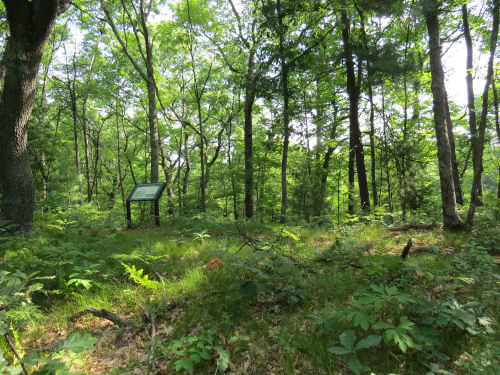 Here's how that works. This is a portion of the interpretive panel. The wind moved the dunes eastward and then the sand dropped off the leading edge. They are now covered with forest vegetation. But beneath a very thin layer of soil, there is pure beach sand. 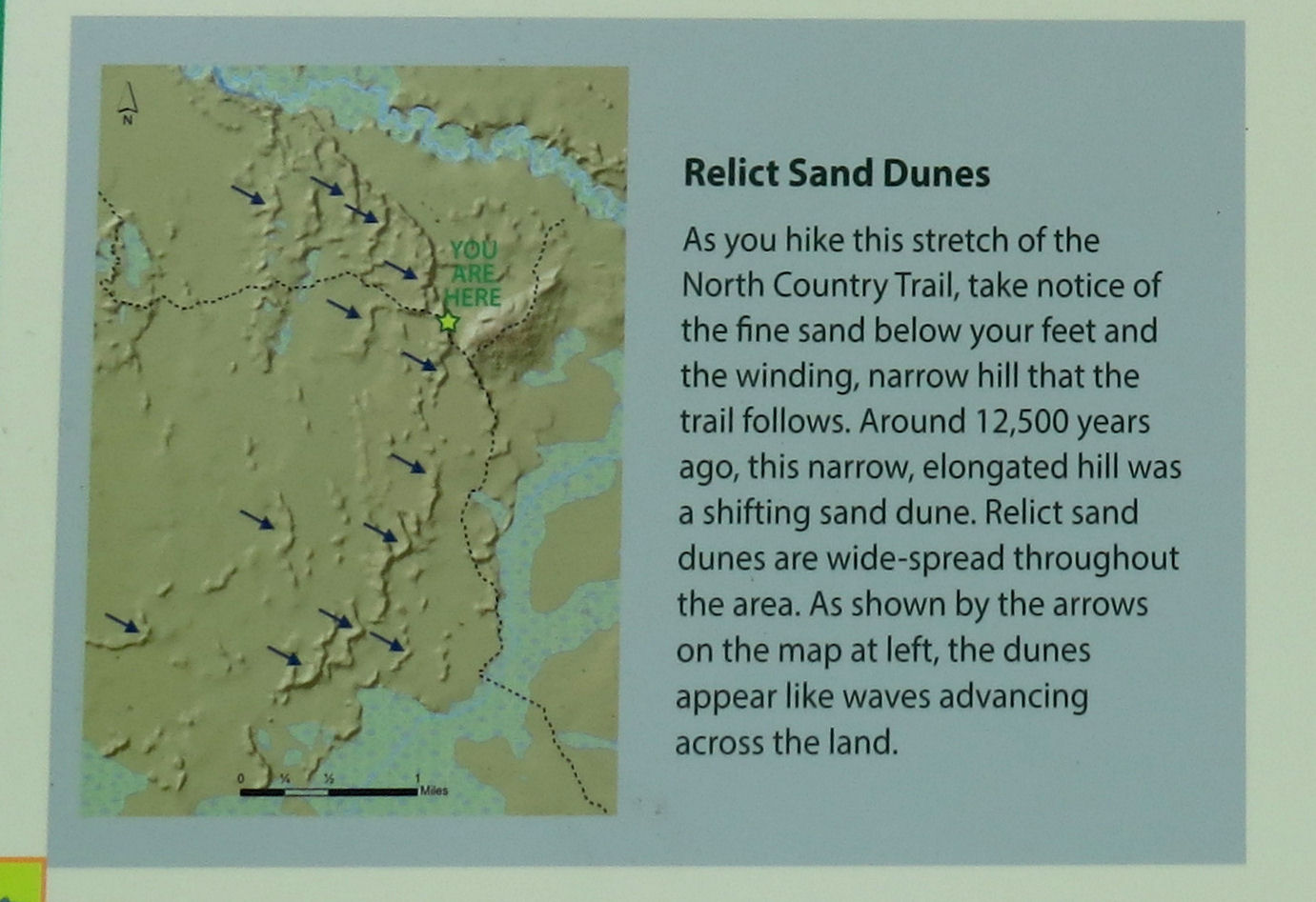 That sandy soil makes several kinds of blueberries really happy. The early ones are gone. Those were probably Vaccinium pennsylvanicum; the plants are under a foot tall. But the slightly taller ones that grow all in the same places were fruiting. Some people call these huckleberries, but an awful lot of blue-fruited things get called huckleberries. At any rate, I think these are Vaccinium vacillans (now V. pallidum). Whatever you want to call them, they taste good! 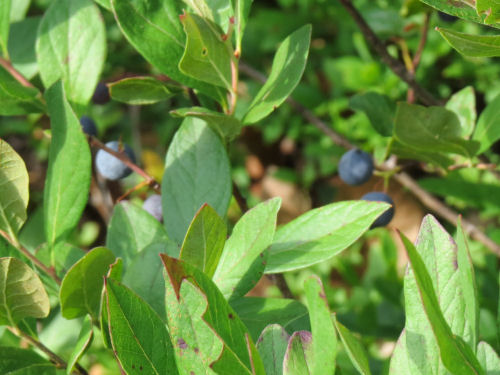 Here's a plant I usually show you when it has little red berries instead of little white flowers. These are wintergreen flowers. 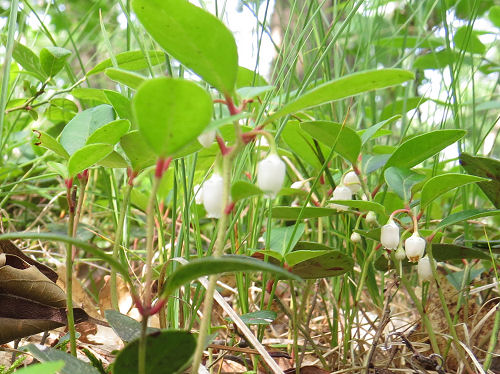 What was red this week is the red russula mushrooms. Russula emetica, which is a descriptive name. Don't eat these unless you are a snail or a slug! But they sure are pretty hiding under the wintergreen leaves. 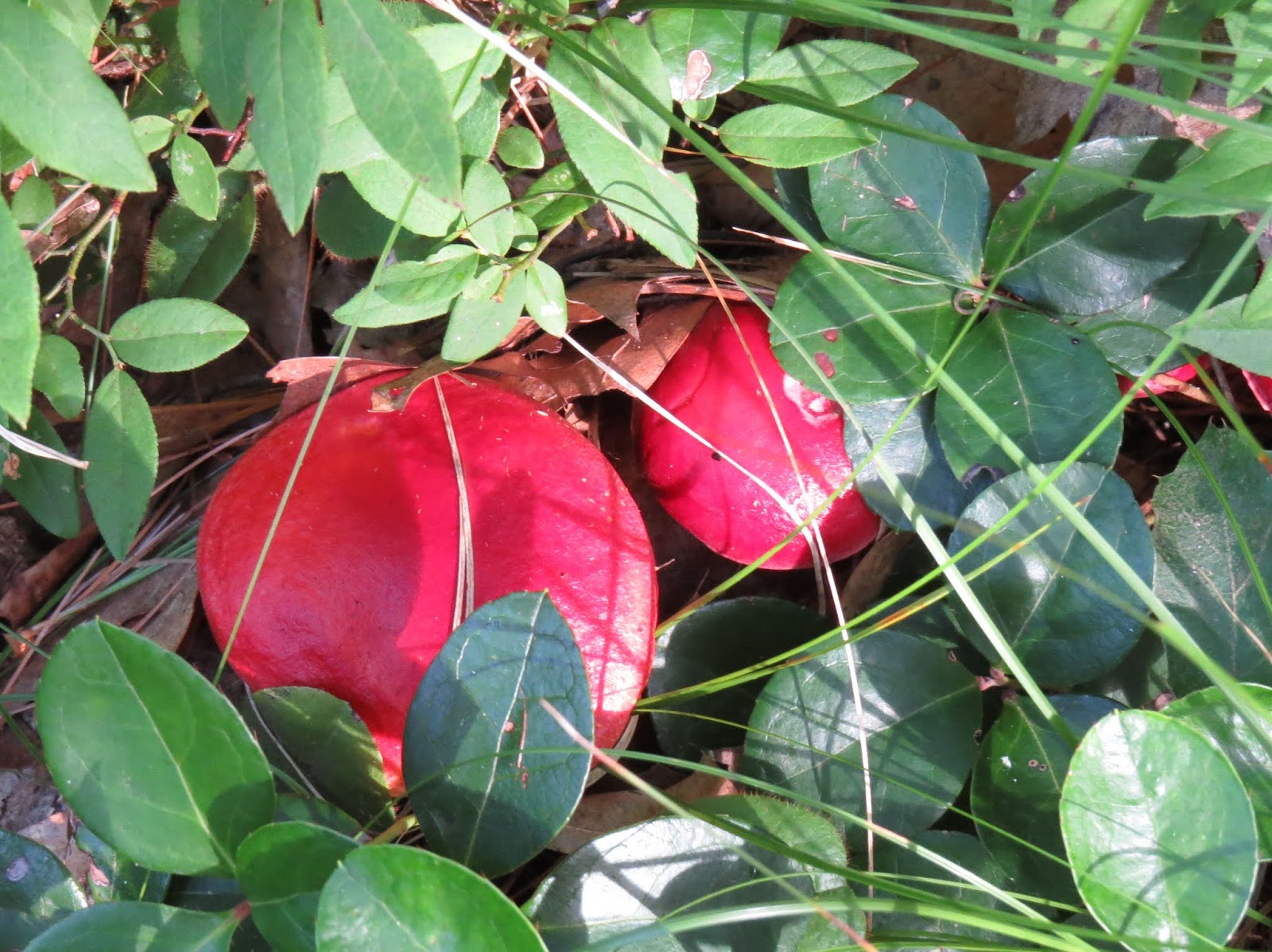 I also liked this fungus. Probably just an artist's conch. I didn't want to disturb things to turn it over. I think the bands on the edge are classy. 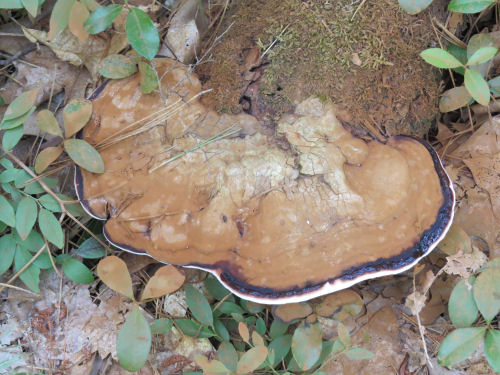 In other news: I didn't manage to do much today, sadly. I did write a chapter in DMS Mistletoe, so the day was not a complete waste. And I watched the original Pink Panther (1964) so you don't have to. Although I remembered it as being very funny, it's really slow by today's standards.

The Relict Sand Dunes are rather fascinating and I've never seen a mushroom like that red one before. Even though I sometimes feel like a slug I'll refrain from eating any of those mushrooms

Ann- I was a quintessential slug yesterday! But I also am not eating those 'shrooms!