Today I went out to find the pieces of the Lincoln River downstream of where I previously reported. Actually, they overlap a bit because somehow I missed one road crossing when I did that little quest. Six years ago- that seems impossible- but it's true.

Everything upstream from here, to the source, was followed at North Branch Lincoln River

Here are the five places I took pictures today. 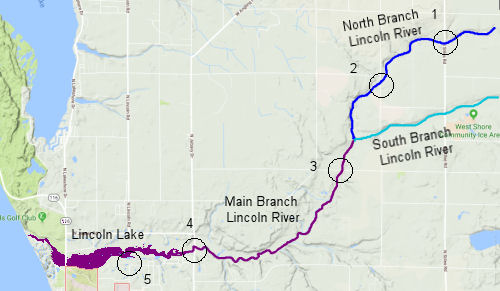 Somehow, I skipped the crossing of Stiles Road back then, so here it is today. This is the upstream view. 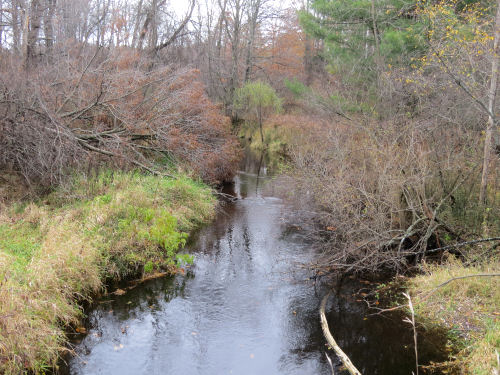 From there, I went downstream to Victory Corners Road. This is the last road crossing before the South and North Branches join. I'd like to get a picture of the confluence, but it's all on private land, and I don't know whose. I'd have to just go knocking on doors and try to find out and get permission. Maybe someday. This is the view downstream. You can't quite see to the confluence although I don't think it's too much farther. 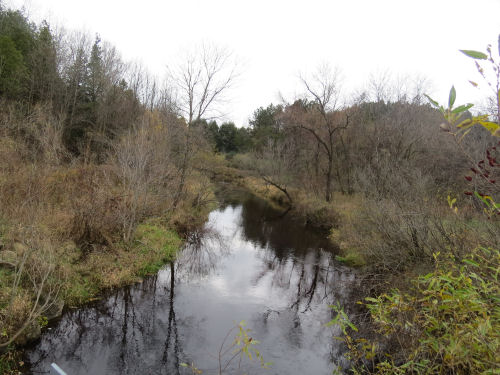 Incidentally, I commented in 2012 that I thought maybe one could kayak anywhere below Darr Road (about 6 miles upstream from here). But no one ever does. For one thing, a couple of the road crossings are culverts (although large), so a portage might be necessary. Also, a couple of the places at road crossings are lawns. I don't know what the laws are about taking a craft out of the water to cross a road when it's right by someone's house.

Here's where we go under Fisher Road. This one is a bridge. And now we are in the Lincoln River proper. It's about seven river miles from here to Lake Michigan. View is downstream. 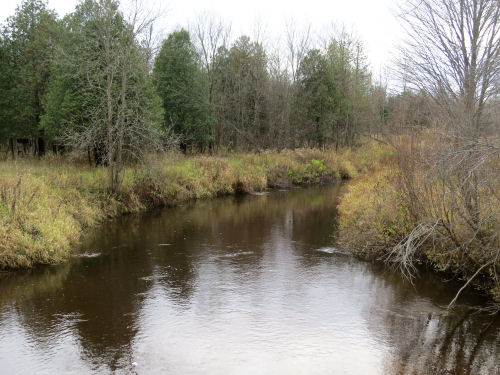 From this point, there is a long distance till the next road crossing. And the map looks as if there is a bit of topography along the banks, so this might be interesting. I'm sure you could paddle upstream to and beyond here from Lincoln Lake. You can see a bit of the hills on the left of the picture. This is looking upstream from Jebavy Drive. 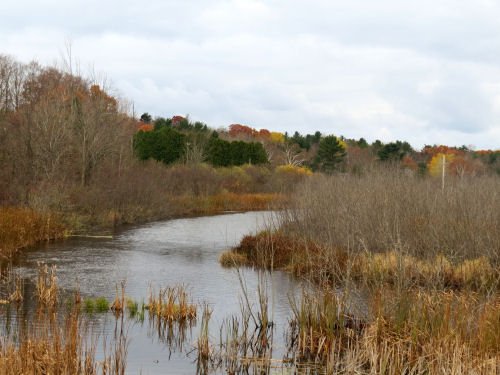 From this point, I drove along Riverview Drive, but there aren't many river views. Probably from the upper floor of some of the houses along it. I got a bit of a glimpse of where the river opens out into Lincoln Lake, but the picture isn't worth sharing.

So, the final two pictures today are taken from near the middle of Lincoln Lake. The first one looks upstream, and the second one is downstream toward Lake Michigan. The bridge you see is the one I showed you on Saturday from the other side. 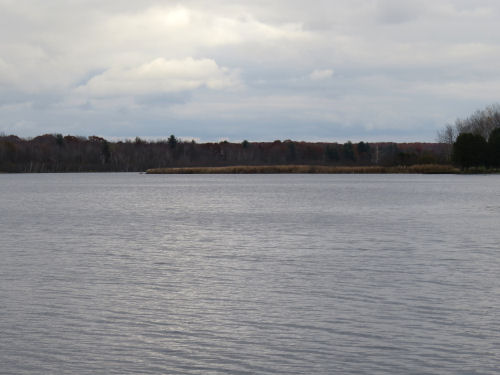 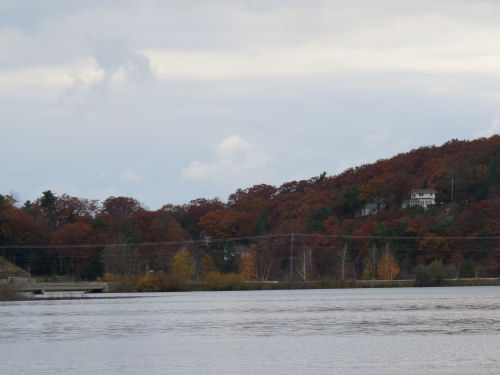 To finish the downstream journey, see Lincoln Lake from Above,

and Lincoln River, Where it Ends

I've identified the source of the South Branch. This is a short river, entirely within Mason County, so it's reasonable that I could go out and connect up the South Branch one of these days.

I know the pictures look very similar, but this is a lot of fun for me, to follow a river like this, even if I can't do it under muscle power. Probably some more pix tomorrow that aren't of the actual river.