I'm taking you back to a few days ago with some pictures of Upper Enfield Glen in New York. The trails to the most spectacular of the waterfalls is closed for the winter, but this falls is visible from the parking area. They consider it so ho-hum, it doesn't even have a name. 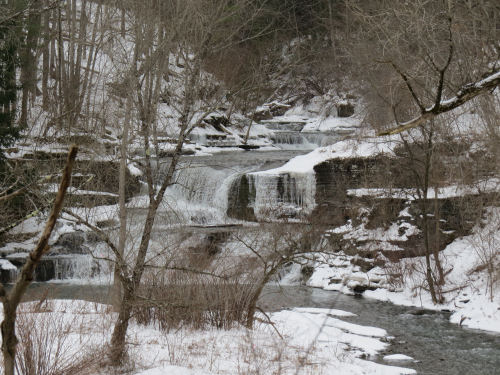 I liked how the snow and moss and ferns were clinging to the rock walls. 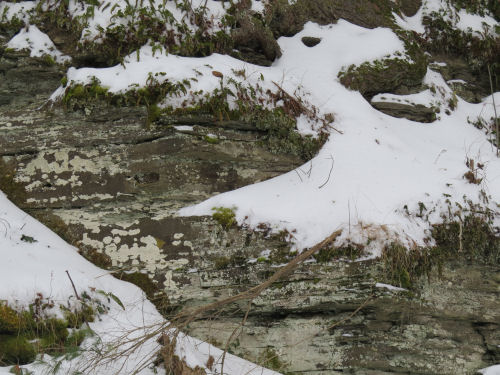 This also unnamed falls is on a tributary, Fish Kill Creek. That funny "hood" is an ice cover that formed when the temps were so low and then partially washed away leaving a bridge. 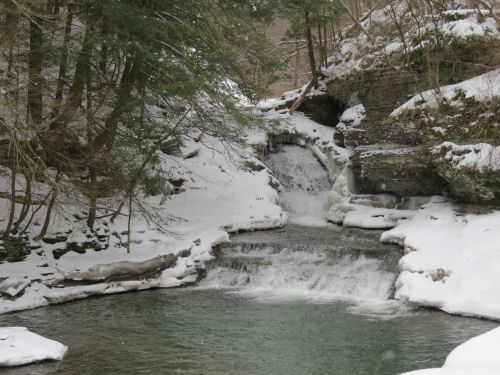 There was a hamlet here, formed around a mill. When I was a kid, the mill wheel was still in place. It's now been removed but most of the gears are still there and visible. 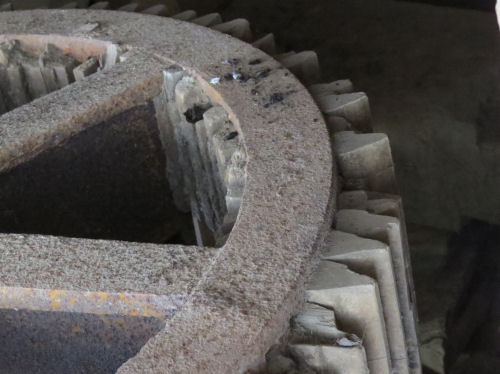 And this mill stone is a study in shapes and tones. 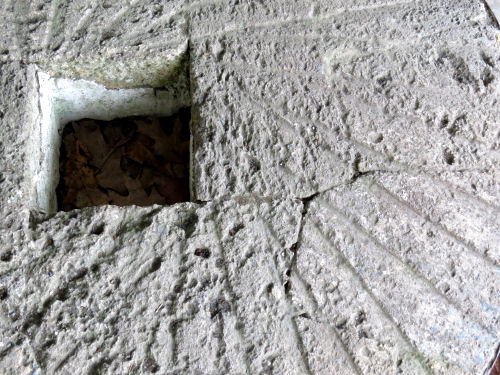 Let's not talk about today's author event. See you tomorrow. I'll be on the move again. Back with Marie.

For how hum that's an awful pretty spot. Love the picture odpf the mill stone too

Charlee: "Dada says that when he and Mama lived in New York they used to visit a double waterfall in the Boonville Gorge that didn't have a name, either."
Chaplin: "Maybe we could call them Fred and Barney."