Today the temperature soared into the 50s and we went for a walk at Ganondagan. That is the site of an historic large Seneca Indian village. The word means "white" which was symbolic of peace. The Seneca now like to refer to the place as Town of Peace.

The walking was difficult with rotting snow, ice and hills. And there were lots of good interpretive signs. Dan says we only walked 2.5 miles, although there are lots of trails there. 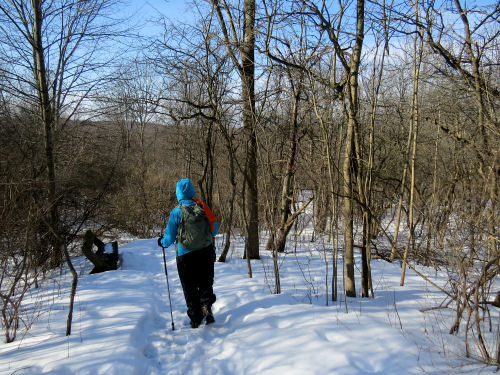 This is the geology that says home to me. I just love all the far hills. 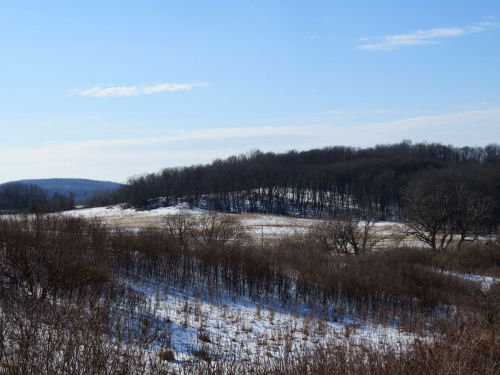 These stylized Seneca designs for the various plants really appeal to me. There was information about how to pronounce the Seneca words as well, which I liked. 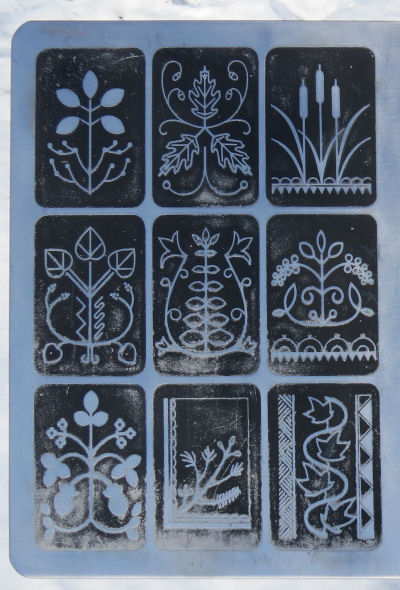 There's a replica of a bark longhouse, and a nice cultural center with more exhibits which are open in the summer. Guess I'll have to come back. You can get a sense of scale with Dan and Ruth in the picture. 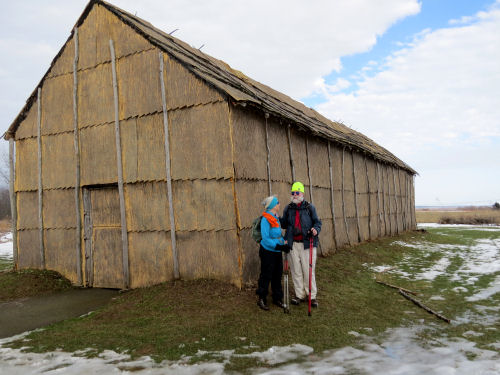 This sculpture of a native family wasn't really explained. 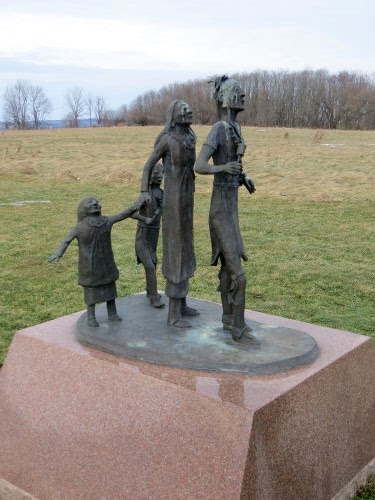 Finally, this Italiante house on the site that was probably built around 1860 was not really explained either, but it's beautiful. Ruth says it's now used for offices. 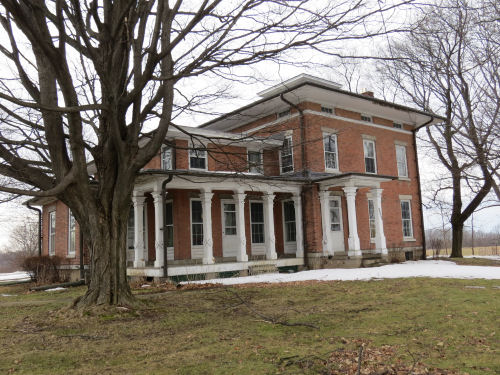 I did some writing, and also some knitting. Ruth knits too, so we are having yarn fun together.

Posted by Sharkbytes at 9:00 PM