I learned this week that the Mason County Garden Club holds a small flower show every other year. How's that for cool? The theme was "From Mother Goose to Dr. Suess," and there were divisions for horticulture, design, educational exhibits, and photography. Each division had classes with headings relating to children's books.

For example, one of the horticultural classes was "How Does Your Garden Grow?," a display of various blooms that didn't fit in the other categories. Most entries in that were primroses. 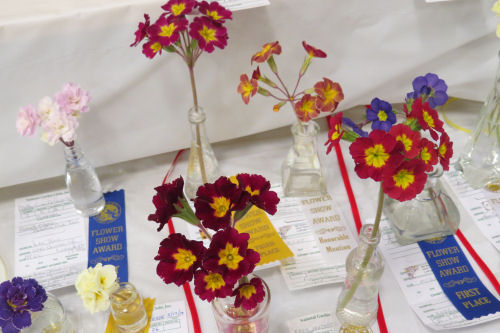 The Design division had 2 sections: Section A was based on three books: The Wizard of Oz, Charlotte's Web, and Where the Wild Things Are. These were the most spectacular displays.

My favorite was this entry in "The Wizard of Oz," although it was tough to pick. The exhibitor's card said "After consulting the wizard's crystal ball, Dorothy and Toto climb the yellow brick road to the witch's castle." 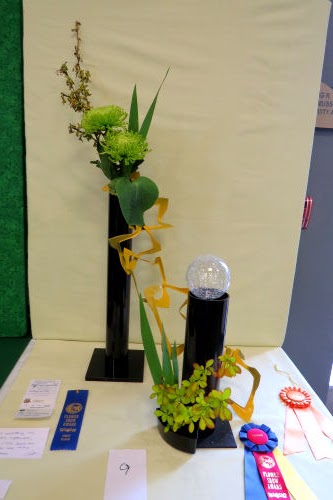 Section B was three classes based on Lewis Caroll books. This one is the winner in The Mad Hatter's Tea Party. The judges said, "Beautiful design in good proportion. Well done." 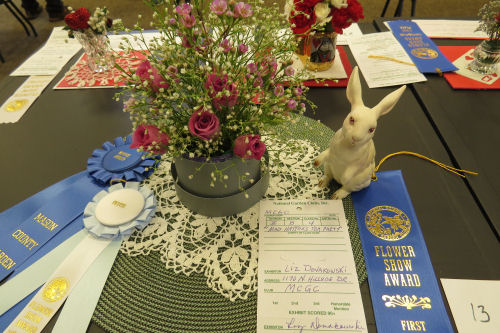 This flowering quince won in the horticultural display "The Giving Tree," which was to be a flowering branch. 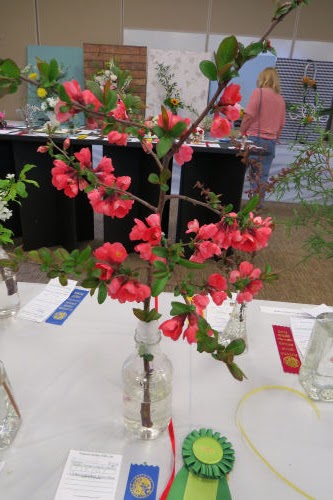 There were many beautiful daffodils. This group was "a collection of a minimum of 5 different cut specimens exhibited in compatible individual containers." 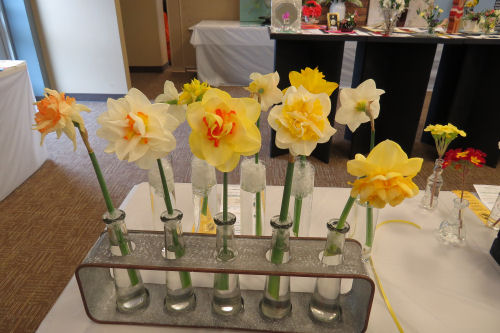 And... I think I've identified my bicolor daffodils as Narcissus delnashaugh. 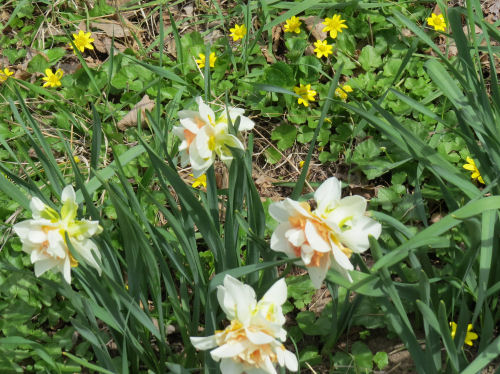 In other news: I have officially made it to tired of doing things and tired of people and tired of running around. But I'm going to do some more of it tomorrow anyway. After the flower show, I went to yet another event which I'll share tomorrow. Then I came home and crashed. Wrote a little bit this morning, which is better than not at all.