Today was an annual summer event in Scottville called the US 10 & 31 Celebration (the two highways that more or less intersect in Scottville. They used to define the central crossroads, but then 31 was routed onto a bypass).

There were actually a lot of things going on: activities for kids, other vendors, the rubber duck race (a local fundraiser that is quite popular- People buy a ticket for numbered rubber ducks that are dropped in the river from a crane and then the current carries them to a boom where they are trapped. Prizes are awarded to the owners of the winning ducks).

Another author (who grew up in Scottville) and I were downtown with the car show. We didn't get a ton of browsers, but we each sold a few books, so that was good.

Anyway, here are my favorite cars, none of which won any of the prizes. I don't care; they are still MY favorites.

Fire Chief car- I think a Cadillac, 1950-something 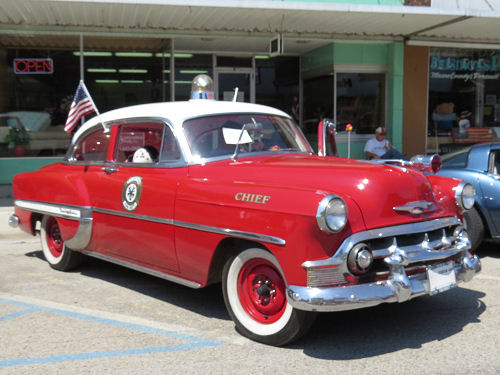 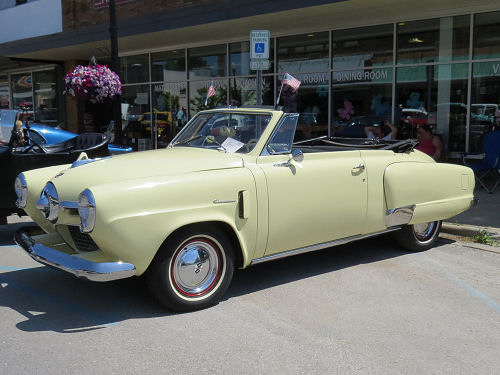 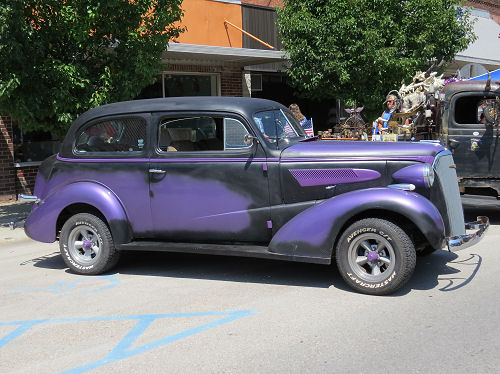 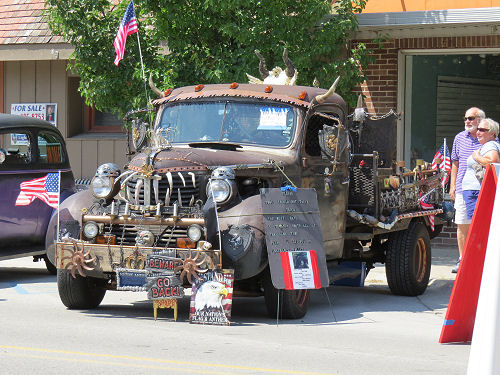 There was also a quilt show at the Senior Center. I went to town a little early so I could take a look at that, and these are some of my favorites.

This is sort of a sampler, but I couldn't resist the hiking/camping motifs. 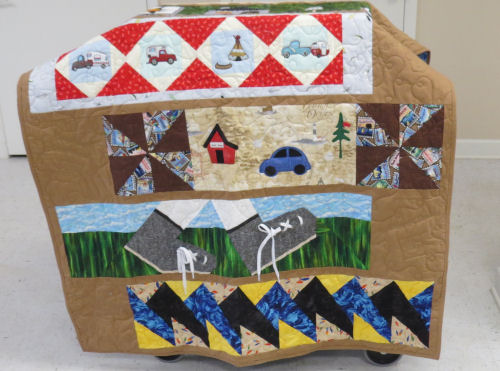 This was my favorite of the ones with embroidered blocks. I like how free-form it is. I suppose it would be called primitive, but it seems very personalized, and I like that. 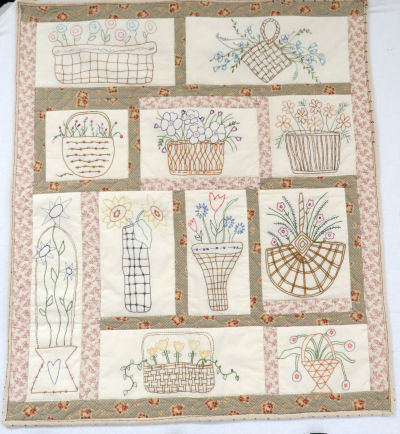 This one is done from a commercial pattern in a book, but I like it. It's called "Winter Village." 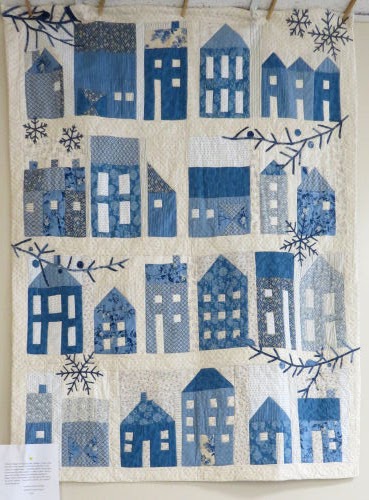 Finally, this patriotic one is absolutely stunning. 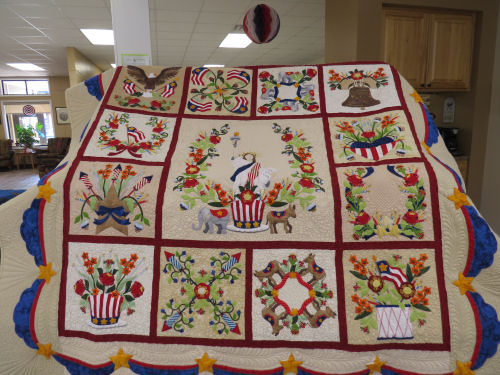 Lest you think this is a printed fabric that has been quilted, look closer. Each of those images is hand appliqued. Impressive. 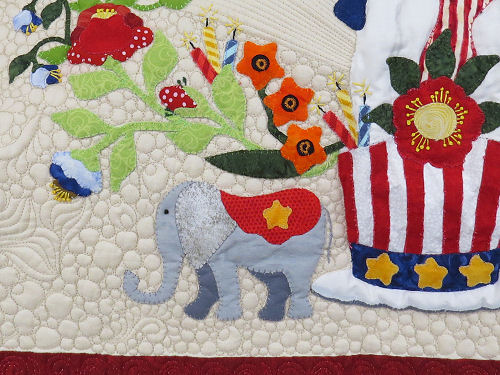 There is no other news. Although the event wasn't as long as many I do, there was loud music all day (which beats up my brain), and it got fairly hot. I was content to chill out after I got home.

Sounds like a fun day. They do one of those duck things here, I think they call it the lucky ducky race.
Love those old cars. I always like looking at those.
The quilts are wonderful and that last one is seriously impressive

This post is very nice and interesting. All the photo is very nice. Thanks for sharing with us.