I was at Holton Days today with the intent of selling books. Well, at least there was entertainment right in front of us. There were kids activities all morning. This was a frog jumping contest. 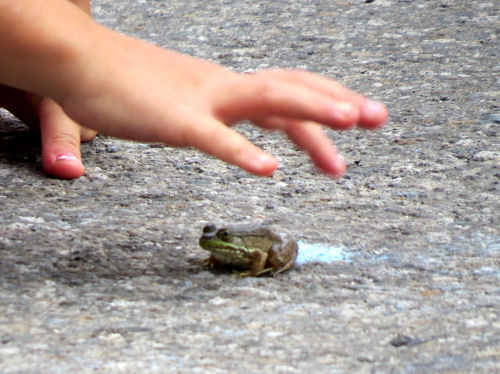 I think the winning jump was something like 25 inches. Interestingly enough, the smaller frogs generally made longer jumps. 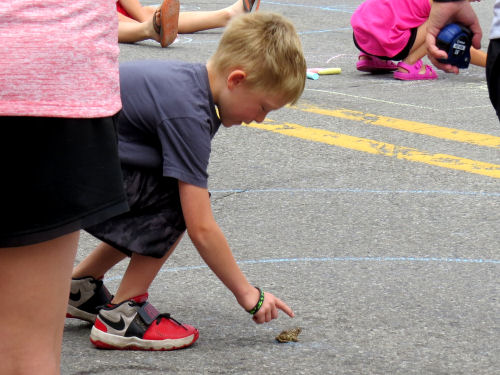 There were a bunch of other contests and games, and plenty of sidewalk chalk. The road was blocked off, so it became road chalk. 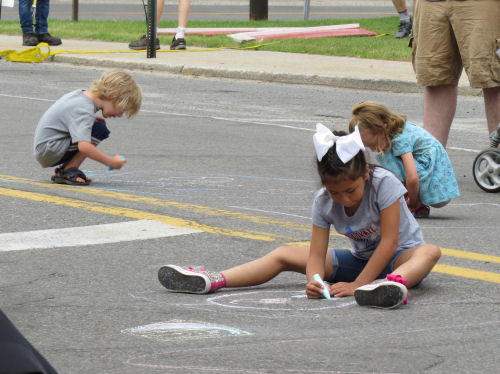 I enjoyed the pedal tractor pull. Some of the kids were pretty tough! 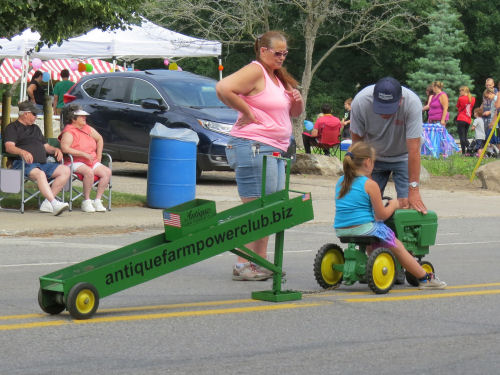 I didn't sell books, but I did sell A book. That's better than no books. Hopefully, tomorrow will be better.

Did one of my favorite activities on the way home... just followed any road going the right way. Even did one that was really two-tracking!

I had high hopes for getting some things done this afternoon. But when I got home I was so tired I fell asleep in my chair and woke up several hours later with a stiff neck. Anyway.

Tomorrow, I'm off to another event in Traverse City. It's bigger, so I'm sure I'll sell more.