Since all the research and thought for this took a good solid two days, I'm going to count it. It's a long, long process that led me back to an even simpler end than where I started, but someone who is also cogitating these questions might find it an interesting journey.

Where I started was with a firm decision to not have any 12V inside the trailer, and to buy a small, quiet generator for the times when I could not hook to "shore power" (the electrical post at a campground or someone's house). Total cost (with a Harbor Freight generator on sale), and miscellaneous accessories-- should be under $700.

Go way back to my philosophy post to read about why I'm not including so many of the trailer "essentials" (water pump, fans, heaters, stove, refrigerator, blah, blah). My electric needs are: A few lights, charging my camera battery, laptop and cell phone, and... here's the big one... I had decided I'd do most of my cooking with a small microwave (when I didn't want to use my little propane stove).

When you crunch all the numbers, this works out to under 100watt-hours a day, which is very small.

Then I got to thinking about all this again. I wasn't sure how many more years I'd be wanting to heft the generator around. And I need a place to carry a gas can. OK... that could be secured with a cable to the rear rack. But I don't want to stow the generator back there because putting heavy stuff at the tail end makes a trailer steer badly.

Meanwhile, the cost of solar kits has come down, which is very appealing. Off grid... no need to deal with gasoline and moving the generator around. So I started to research that option again. I watched a LOT of videos by a lot of people who may or may not know what they are doing, none of which provided a schematic of exactly what they were doing.

Then, I finally stumbled on to this guy's pages. Nate at Explorist Life. He has a post and/or video for every single piece of the puzzle; schematics for wiring solar, power from your vehicle alternator, and shore power; and a spreadsheet you can plug your own numbers into to determine your needs. He doesn't just rip through the words while pointing to random things.

After two days, I had pretty much decided to not use a kit, but get the following: (remember, I'm having fun, but I only want to do this once- I need these components to last more than a couple of years): 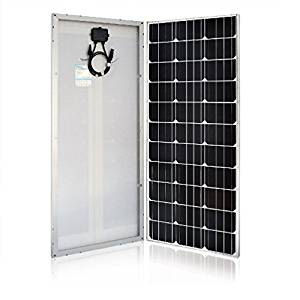 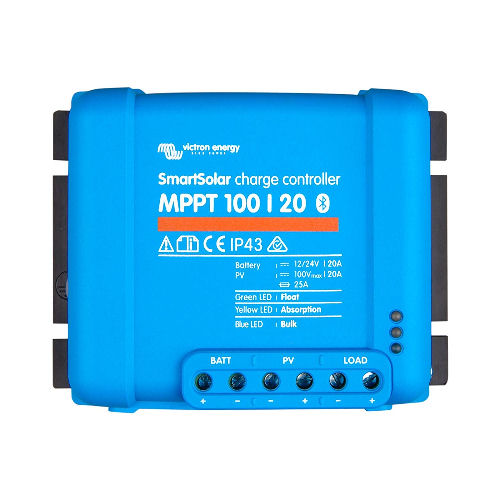 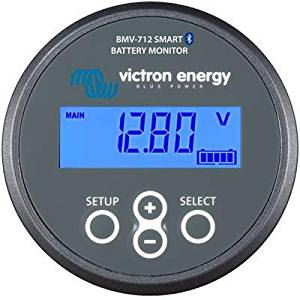 and a Pure Sine Wave Inverter, brand not decided.

Of course, the heart of any 12V system is the battery, and I don't have a battery for the trailer. The one that was with it when I bought it was no good, and it was just a car battery anyway. At the very least, I'd want a deep-cycle AGM battery, and preferably a Lithium battery. Whoops! Those are $1000 a pop. And the bottom line is that I can't really run the microwave on a system with only one battery. I'd really need two, which would require more panels, which would require more... 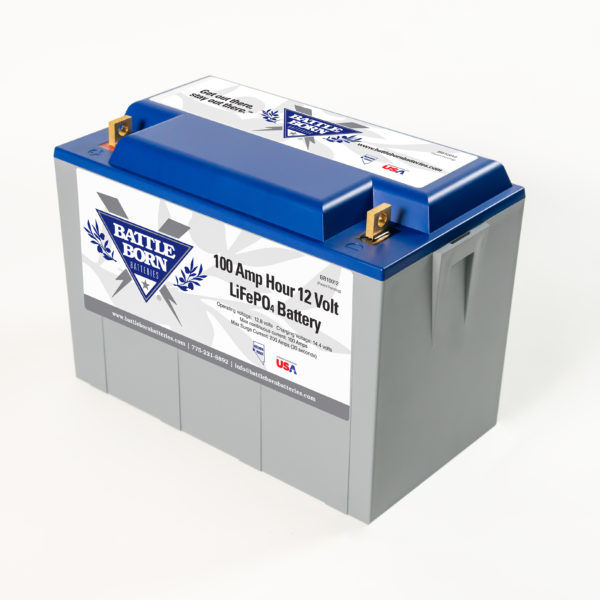 Priced all that up... no way, almost $2000. I'm a low maintenance gal, except on stuff like this. You can keep your diamonds, just give me lithium.

So then I also looked at "suitcase solar," which is a lot cheaper. Basically these are panels that fold up. You set them out in the sun (a really nice option since you may have parked the trailer under a tree for shade), clip the wires to the battery terminals and let it charge. Hmmm. very insecure and easy for someone to walk off with them. And, my battery location of choice would not be very easy access to be clipping and unclipping the panels. But I'd still need a battery. One I won't have to replace in 2 or 3 years.

Then, I got all the way through Nate's tutorials, and felt like I actually understood how this all needs to work. Near the very end, he just casually throws out there, "if your needs are under 100 watt-hours a day, consider the Goal Zero 'generator.'" Wait, what? I'd never heard of it. So I looked it up. These aren't really generators. They are basically a portable storage battery with all the hard work done for you, but people are calling them "electric generators." 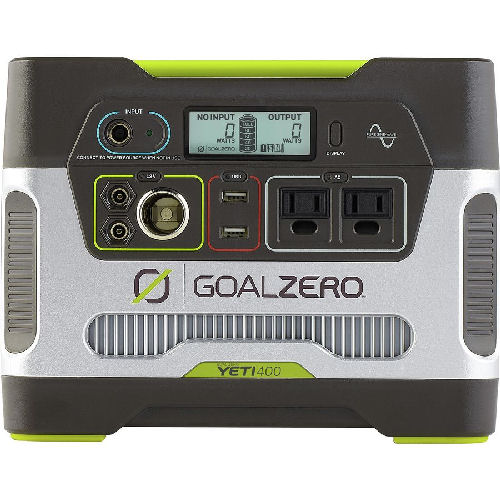 It comes in three sizes, 150Wh, 400Wh and several more at 1000Wh or above. The 400 would power everything I need for several days except it would not run a small microwave, even in short bursts (300W limit for draw). You charge it up from shore power, your car, or solar. Pricey at $450, but maybe a good idea for me in the future.

At this point, I decided I'd completely lost the low-tech simplicity I'd been striving for. Not to mention the extra costs.

I've totally gone back to simple. Really simple. I'm not even going to get the generator. It doesn't make sense to run a generator for a couple of minutes of microwaving and to charge up the electronics. I just won't use the microwave if I can't plug into 120v current. I can charge the laptop and the phone and the camera battery from a tiny inverter I already have in the car. It's awkward, but it works. You may want to argue with me about some parts of this decision. Don't bother. I've expended all the mental energy on it that I'm willing to.

All this mental anguish was spawned by the need to place the wiring between the shell and the interior walls. Fine. I'll buy some wire suitable for 12V stuff and run it along with the 120V. That way, if I do want to add a 12V system in the future the wires will already be in place. Problem solved. Very little cost.

As for the power, I'm simply going to put in a small breaker box that just takes the externally applied 120V and sends it to two circuits for outlets and lights. Some extra lights are going to be battery powered. As in AA batteries. We actually use this one for camping, and it lasts really well. I took it to the trailer in the middle of the night, and it lights things up nicely. I'm ordering another one that will live in the trailer. 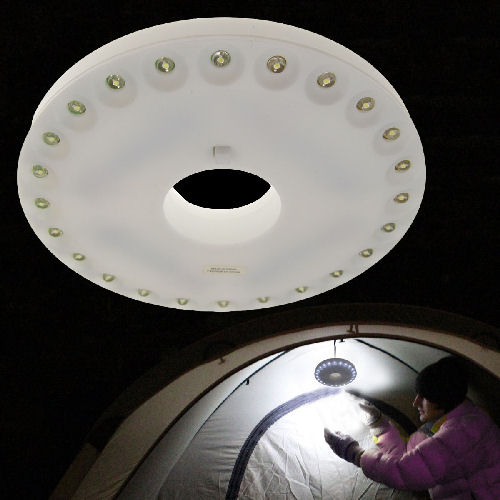 Also mounted in the ceiling will be this 120V light, so with these two, there will be a central light when plugged to shore power or not. 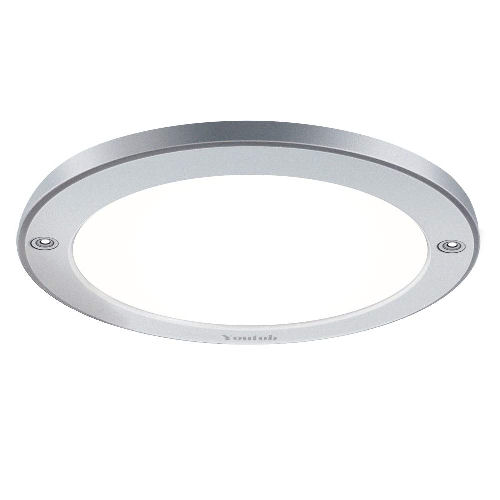 And I'm getting these little sconces for reading. 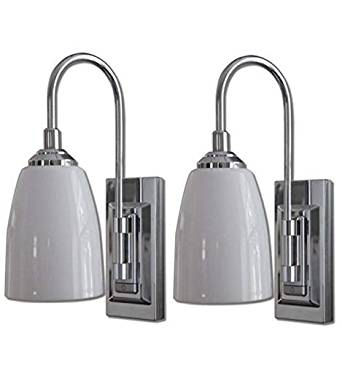 I think for now, I'm happy with this decision. At least I feel that it's an informed decision.

I've got to start watching my budget on this pretty carefully. After I buy the plywood and insulation and wallboard I will have burned through all my gift card monies that people have given me for this project. Note to self... better start selling more books. But I've got a lot to keep me busy for a while here.

In other news: I wrote on the book in the morning, and then mowed half the yard, and then worked on some fiberglassing in the trailer. I feel fine- no clue what yesterday was about. Tomorrow and Saturday I'll be at the Muskegon Lakeshore Art Festival. Selling books, I hope! Have to get up early.

I have a Goal Zero Yeti 400 and am very happy with it. It's perfect for computers, lights, small appliances, and recharging camera batteries. The units recharges in a few hours with a 100 watt solar panel, but you can also use AC power or the 9 vold cigarette lighter in your car. The lead/acid model is a better deal than the lithium ion model. You can get them on sale at B&H for around $350. You can chain two Yeti 400's together if you need more power.

Your research paid off giving you all that info.

That deep cycle battery is a must. I bought an inexpensive automotive battery for weekend portable radio operations. I killed it the first weekend. :( Looks like you're on a good vector with this part of your project.