Christmas at Our House

Omer always plays Santa. He does such a good job of it! 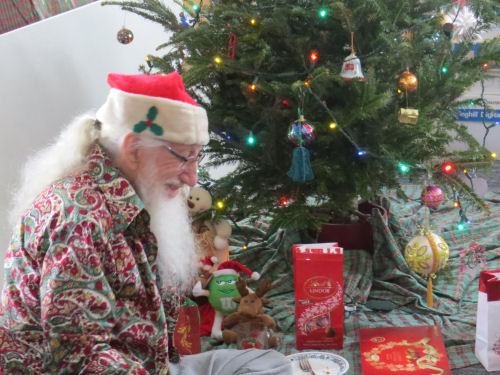 The day began with the pecan rolls. Yeah, we had them last year too. So what. They are good (although I'm way overdosed on sugar tonight). 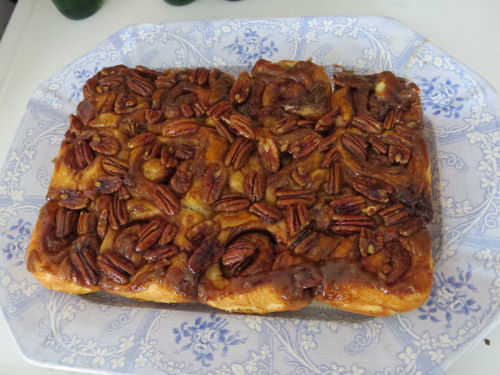 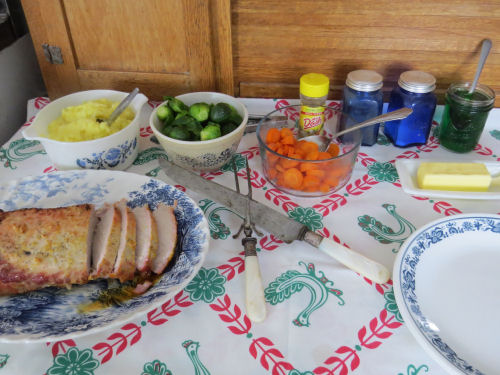 Steve called and we all talked on speaker for a while. This is very 2020, but we've done it a lot of years, because he doesn't make it home very often.

Christmas picture with the three of us. I'm bundled up because I just got home from a walk. Josh has his coat on because he was just getting ready to leave. But at least I remembered to take a picture! (The first one I ever showed you on this blog was in 2009, which was a bit crazy.) 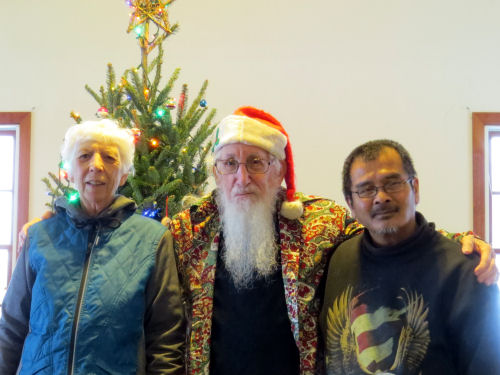 The squirrel situation has stabilized. I gave in. We actually have two squirrels, a larger one that I named Buster. I showed you that one before. But I think it should be Bustra or some feminine form because there is also a younger, smaller one. I see the younger one more often and I've named him/her Buster Baby. This is Buster Baby.

So, almost every day I put something out on the porch rail. BB likes the sunflower seeds (of course), grapes- even if a bit sad for human consumption, stale raisin bread, and definintely NOT lettuce. BB was shocked and overjoyed with the Christmas haul. There was some leftover piecrust from our takeout meal yesterday. S/he ate a bit, but carried most of it away to wherever its apartment is. 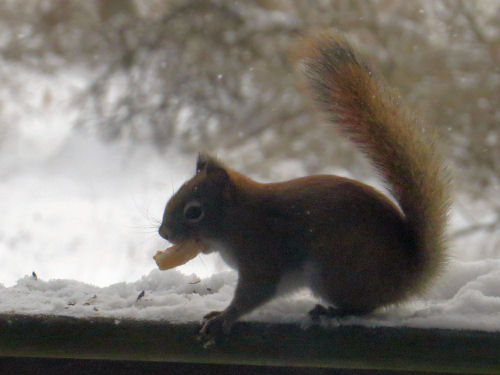 I took a walk mid-afternoon. Less slippery than yesterday with a lot more snow. Felt good, and helped settle the large quantity of food consumed. 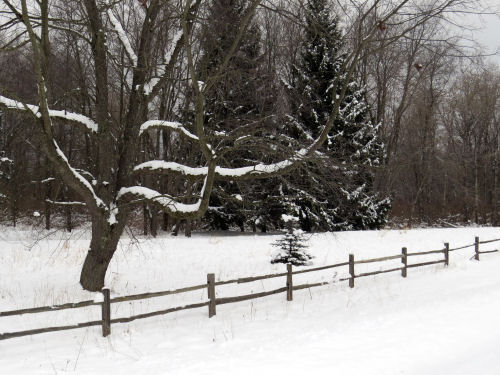 In other news: I cooked, and I went down in the well pit to check the temperature, do a couple of tiny final things, and retrieve the ladder. I think I'll need to check the temp one more time, but everything seems to be fine. Hooray!

Those pecan rolls look soo good. I started my day off with Cinnamon ones.
Your dinner looks pretty tasty too.
It's pretty snowy here. We got well over a foot of snow and the storm warning isn't over until 1 this afternoon.

Your Christmas looks like heaven! I like a small gathering rather than too many people with too much food and noise. We do the same--it's just us and the kids.

Ann- It was tasty!

Lulu- You would love the squirrels. They are getting very tame